Ferrari has urged to FIA to ensure that Formula 1’s budget cap is properly policed this year to prevent teams finding ways around the system for game changing upgrades.

With teams braced for a major development war as they bid to improve their new 2022 challengers, they are having to carefully judge their spending so they do not bust the $140 million spending limit for the season.

However, with some squads facing up to the reality that the limit means they will not be able to bring all the upgrades they could, there are worries that some squads may try to find ways to exploit the financial regulations to help fund more development work.

Ferrari team principal Mattia Binotto says that F1 needs to guarantee that no one can bust the budget cap limits, as that could prove decisive in the world championship battle.

“[The budget cap] will influence the rate of development,” he said after seeing Charles Leclerc maintain his lead in the drivers’ standings after the Saudi Arabian Grand Prix.

“I think that is a key element and my concern is that we need to make sure that we've got the right policing on that because it can be, let me say, a game changer in the fight for developments.”

Speaking before the weekend, Red Bull team principal Christian Horner said teams were going to have to be far more strategic with their upgrade plans.

“I think pretty much every team is pretty close to the limit this year,” he said. “It’s very aggressive so you have to be very strategic in how you apply your funds to developments.

“I think rather than just running as fast as you can and getting as much performance from the car, you’ve got to be much more selective in what you chose, based on its cost. So it drives efficiency.” 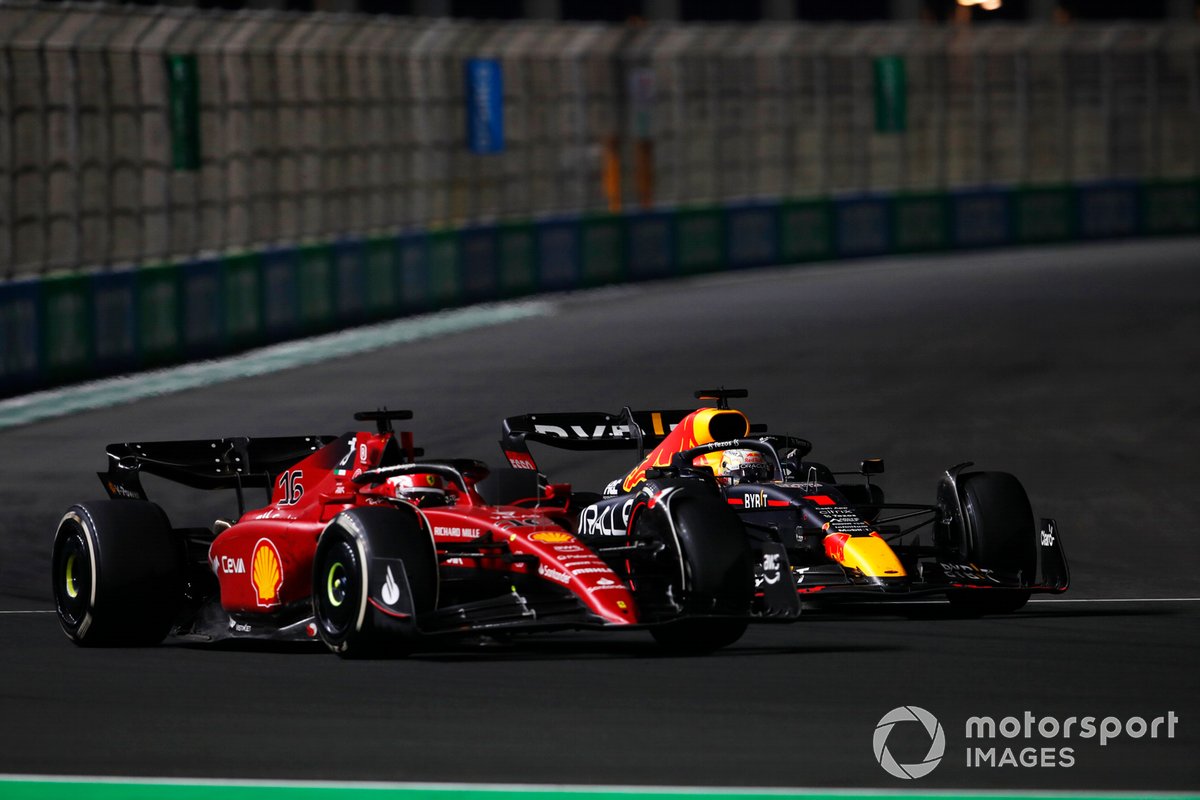 Binotto’s comments come in the wake of similar remarks from F1 CEO Stefano Domenicali, who says that there are two concerns he has about the implementation of the budget cap in 2022.

“The first is that of control, because if those who have to regulate miss something, the whole system collapses,” he said.

“Today, it is not enough to check only the technical side, but a strict financial control is also needed, and for this reason the FIA is equipping itself to be even more robust in its role as guarantor.

“The second point relates to some variables that were difficult to predict at the time of the launch of the financial regulations.

“Inflation is going in an unforeseeable direction, and transportation costs have also gone up in recent weeks in a way that is difficult to predict.

“There will be discussions to find the right solutions, but always keeping at the centre the principle that we must guarantee everyone the same possibilities.”