Bottas joined Mercedes this winter as replacement for the retiring Nico Rosberg, having spent his whole F1 career so far with Williams.

The Finn was the overall pacesetter at the first pre-season test at Barcelona, with a 1m19.705s lap set on ultra-softs on Wednesday.

But while insisting the acclimatisation is going well, Bottas conceded it has been a lot of work.

"Definitely I'm feeling more and more comfortable and more part of the team every day," he said.

"I already feel good. For example, walking in this morning, having breakfast, it felt normal, so that's a good feeling.

"I still think there is work to do. Changing teams is maybe a slightly bigger thing than I initially thought it would be. But it's not a hurdle that you can't go over.

"It's definitely possible and I've been working since the announcement [in January], pretty flat out, to get comfortable with everything, and that's why everything has run so far quite smoothly here.

"And I'm sure next week we will make big progress, and still before Melbourne I have time to go back to the factory, analyse everything with the engineers and I'm confident we are going to be ready and I will be completely part of the team before Melbourne." 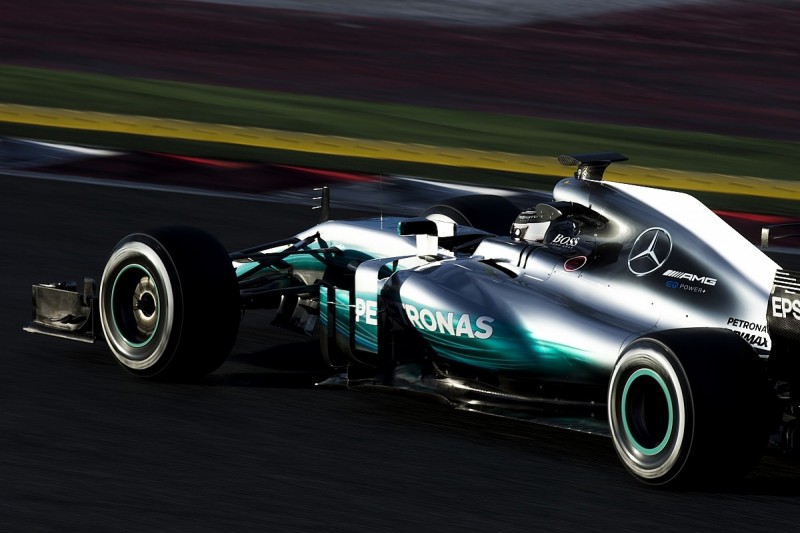 Asked by Autosport what exact differences he had to adapt to in his first test week with Mercedes, Bottas replied: "Not only this week but also being at the factory you realise some things, how the team is approaching simple things like debriefs and meetings, and a different checklist in terms of setting up the car.

"Also, the on-track communication with team, getting that absolutely perfect is always going to take a bit of time."

"Plus trying to know the names of the people of the team. I think there are more than 800 in Brackley!"

Bottas reckoned the timing of his switch to Mercedes "can be a good thing", given 2017's major regulations overhaul, but he admitted Hamilton's knowledge of the team was a definite advantage.

"He has been part of this team for a long time, he knows exactly how the team works," Bottas said.

"He did comment after the first time running with the new car that he feels pretty much the same behaviour as the old car - obviously with more grip and it feels slightly bigger.

"But I would rather join a new team at this point than, for example, the year before."

Bottas added that he was keen to learn from Hamilton.

"Having a new team-mate, there's always something you can learn," he said.

"And definitely Lewis is going to be a guy that I will be be watching closely.

"It would be stupid not to.

"But I think in the team there are many other people who are extremely clever as well that I can learn massively from."