Ferrari has officially announced Fernando Alonso's departure at the end of the 2014 Formula 1 season, paving the way for it to confirm Sebastian Vettel as his replacement

AUTOSPORT revealed in September that Alonso and Ferrari's relationship had reached breaking point.

"In the Scuderia Ferrari roll of honour of great drivers, Fernando Alonso will always occupy a special place," said Mattiacci.

"We offer him our heartfelt thanks for what has been an extraordinary adventure with the Scuderia, when in the past five years, he twice came so close to winning the world championship.

"I am sure that a great driver like Fernando will always hold the Prancing Horse dear to his heart and I also expect the Ferrari fans will continue to hold him in high regard in his future endeavours."

AUTOSPORT understands that the 2005 and '06 F1 world champion has completed a deal to rejoin McLaren, although the Woking team will not announce its 2015 plans until it has chosen which of Jenson Button and Kevin Magnussen is retained as Alonso's team-mate.

Alonso joined Ferrari in 2010, and came close to taking the world championship that year and in '12, with Vettel denying him on each occasion.

Alongside those high points, there was regular frustration that Ferrari was not competitive enough to consistently challenge the dominant Red Bulls, and this year's top team Mercedes. 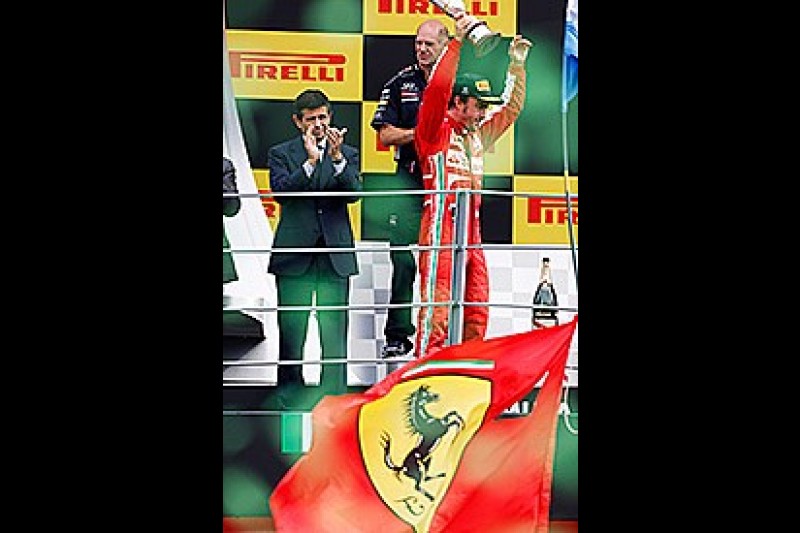 Alonso has won 11 grands prix during his time with Ferrari so far.

"Today is not an easy one for me, because even if I always look to the future with great enthusiasm and determination, at the end of this season my journey as a Ferrari driver will come to an end," he said.

"It was a difficult decision to take, but a carefully considered one and from start to finish, my love for Ferrari was a prime consideration.

"I have always been lucky enough to make my own decisions about my future and I have that possibility now too. I must thank the team for that, as it understood my position.

"I leave Scuderia Ferrari after five years, during which I reached my very best level professionally, tackling major challenges that pushed me to find new limits."

He insisted that parting company with Ferrari was in the team's best interests as well as his own.

"I also proved to be a true team-player, putting the interests of the Scuderia before my own," said Alonso.

"When I had to take important decisions about my future, I did so with Ferrari in my heart, driven by my love for the team."