Charle Leclerc received a letter from the FIA after he was pictured on social media in Monaco in the days between the two races at the Red Bull Ring.

During the Austrian Grand Prix weekend Sebastian Vettel was cautioned after he was seen talking to Helmut Marko and Christian Horner of Red Bull Racing with no one wearing masks, thus breaking the strict "bubble" requirements that keep teams apart.

Binotto says the drivers and team have learned lessons from the incidents, and will be more careful from now on.

"The instructions for Charles and Seb and probably the entire team are that we need really to pay attention to how important it is to be here and race for the entire circus," said Binotto.

"I think being distracted on the protocols is not great, we need really to be strict. So this has really raised our attention, our concentration, really paying attention.

"I think both drivers understood that they did something wrong, and I'm pretty sure they will pay more attention in the future." 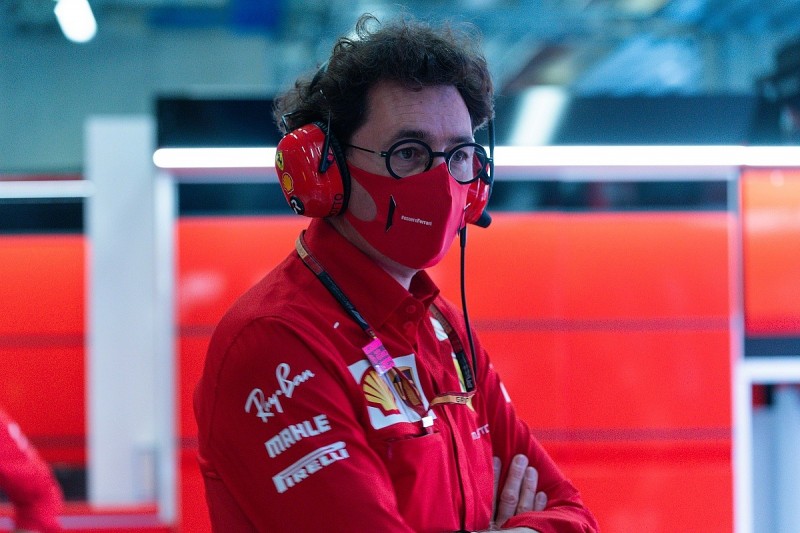 Binotto downplayed the modest practice times achieved by Ferrari on Friday at the Styrian GP, stressing that the team was focussing on testing its new aero package rather than chasing the ideal balance in the hotter conditions.

Leclerc was the quickest of the SF1000 drivers, with ninth place in FP2, while Vettel was 16th after having the lap which put him 12th deleted for exceeding track limits.

"Same circuit, a week after, hotter conditions compared to what we had last week, so certainly as the track was a lot hotter so the car balance needed to be adjusted," said Binotto.

"We brought some new parts, new bits, aero, to be tested.

"So we focussed ourselves on those ones, we focussed on a programme checking the aero maps, we didn't really have a normal Friday programme on our side.

"We kept for example two mediums tyres instead of going straight or soon onto softs, because we were looking for consistency and back-to-back tests.

"In the end the lap times for us were not too important, it was more important to really analyse the data, understand if the parts are working as expected, and if we are moving forward in terms of performance."