Last month Arrivabene intimated that Vettel had to "earn" his place at Ferrari beyond next year and should stay focused on driving rather than wider team matters.

Vettel then had a fraught Mexican Grand Prix weekend that included a penalty for defending too aggressively against Daniel Ricciardo, and a radio tirade that he only escaped punishment for by writing letters of apology to FIA president Jean Todt and race director Charlie Whiting.

Arrivabene said none of those incidents should be taken as a sign of tension between Vettel and Ferrari.

"I have zero problem with Sebastian, as I have said many times," he insisted.

"Sebastian is quite emotional, sometimes he's a bit more Latino than German.

"Somebody maybe thinks we have tension. No. We are honest with each other."

Though Vettel and Ferrari's relationship got off to a good start with a strong 2015 campaign headlined by three grand prix wins, the team has fallen behind Red Bull and failed to triumph so far this year.

Arrivabene said Vettel's outbursts were a sign of how committed he was to being successful with Ferrari, rather than betraying frustration at its slump.

"He's putting all of himself into the job he's doing," Arrivabene said.

"A couple of months ago, I said sometimes even too much but that was not a criticism.

"It's because he is putting all of himself in everything he is doing.

"Sometimes, you have to say, like in Mexico, 'hey Seb, calm down, head down, look in front of you and push'.

"There is nothing wrong with that." 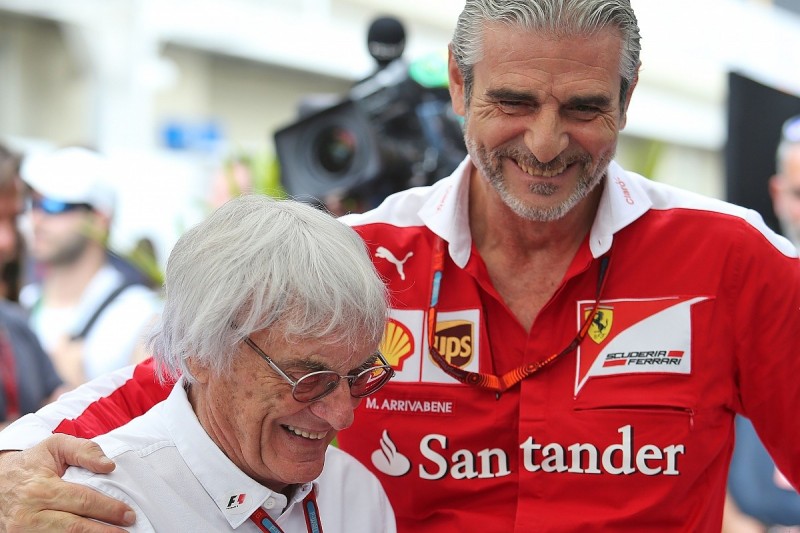 "We all know Bernie, the day after, he said the opposite," Arrivabene said.

"If I'm not wrong, he said I need someone nearby to help.

"I don't need it. I'm part of the Ferrari racing department, I have hundreds of people nearby me. We are a team.

"We have a new technical group led by Mattia Binotto. They are enthusiastic and they are working very well."