Ferrari does not think its new F1-75 car is a race winner just yet, despite its strong showing in pre-season Formula 1 testing.

The Italian car manufacturer has looked impressive through both the Barcelona and Bahrain tests, with many suggesting it has the strongest package right now.

But while the Maranello outfit is optimistic it has made good progress over the winter to move closer to the front, team boss Mattia Binotto says that any talk of it being the team to beat is wide of the mark.

PLUS: Why Red Bull and Ferrari really start 2022 as favourites

Binoitto does not understand why others have praised his squad's potential, when he thinks it is impossible to know exactly where everyone stacks up right now for the first race.

"I'm not myself capable of judging the others," he said.

"But we should be very good to judge ourselves and I don't think we will be [the] winner.

"I can see that even on the last day [of the test] Red Bull have brought upgrades to their car, proving and showing how good they are in the development, which is critical from now to the first race.

"Maybe Mercedes as well will improve further. So they are very strong, very fast and I hope that we can be outsiders.

"I hope that we can somehow try to challenge them. That would be great from our side."

While Ferrari has been especially keen to keep a lid on its own expectations, driver Charles Leclerc does confess to the pre-season build-up being the most productive he can remember since he joined the team at the start of 2019. 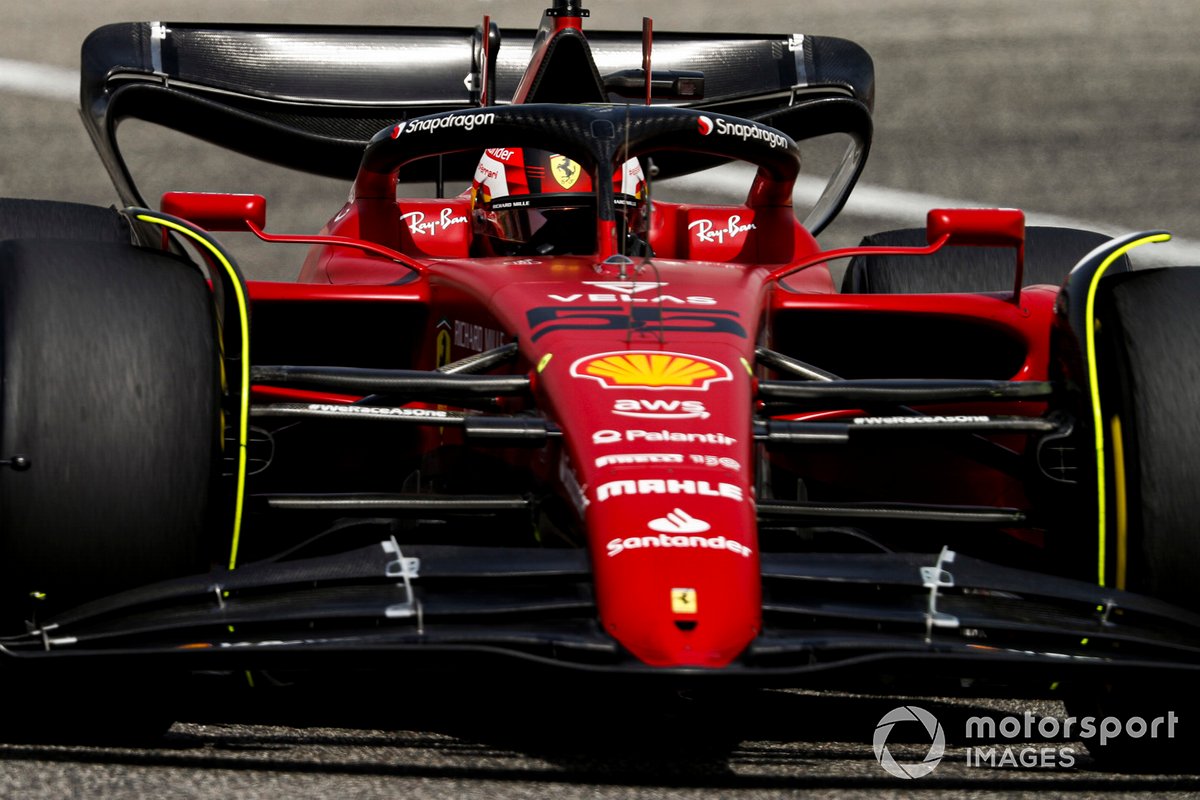 "It's definitely one of the smoothest preparations I've had for a season, with no major issues," he said.

"Especially on such a new project, you always expect to find some barriers on the way and for now, without porpoising, which is still kind of an issue in some conditions, it's been quite smooth.

"We managed to just keep improving. But as we've seen, I think Red Bull have quite a new package and Mercedes had a completely new car, and didn't really show their potential. Everyone seems to be quite close at some point or another.

But while downplaying the prospects for the start of the season, Binotto thinks that it is critical that Ferrari goes aggressive with its upgrade push.

"I think that we always need to do a further step," he said. "I think you cannot be self confident at all, and I think you need always to try to develop and improve yourself in F1.

"We know that our competitors are very, very strong and have proved to be as well very fast.

"I'm expecting them to be ahead at the first race. For us it's to try to challenge them as much as we can, and hopefully we can fight as well together with them, and that will be great at least for the start of the season. But then development will be key for the rest of the season."