Ideas drawn up at a Strategy Group meeting last month aim for F1 cars to become five-to-six-seconds quicker than at present.

The cars would be lighter, possess higher-revving engines and be more aggressive looking with the aid of wider front-and-rear wings and fatter rear tyres.

Marchionne said F1 had to commit to the exact shape of the 2017 revamp package as soon as possible.

"That is the year we can make a significant change in the rules, in the way in which the cars are constructed, the way in which we look at the power and the aerodynamic side of the car," he said.

"We need to hurry up and get it done."

Marchionne met with F1 supremo Bernie Ecclestone, along with other key figures in the paddock, ahead of the recent Canadian Grand Prix in an attempt to thrash out plans.

"Bernie and I, and the rest of the teams, recognise the importance of making the right calls for the development of the sport," said Marchionne.

"To say he and I, and the rest of the constructors, are happy with the development of the sport over the last four or five years would be blasphemous. It's not true.

"We have a challenge ahead of us, and Ferrari has indicated its willingness to participate in the shaping of the sport. 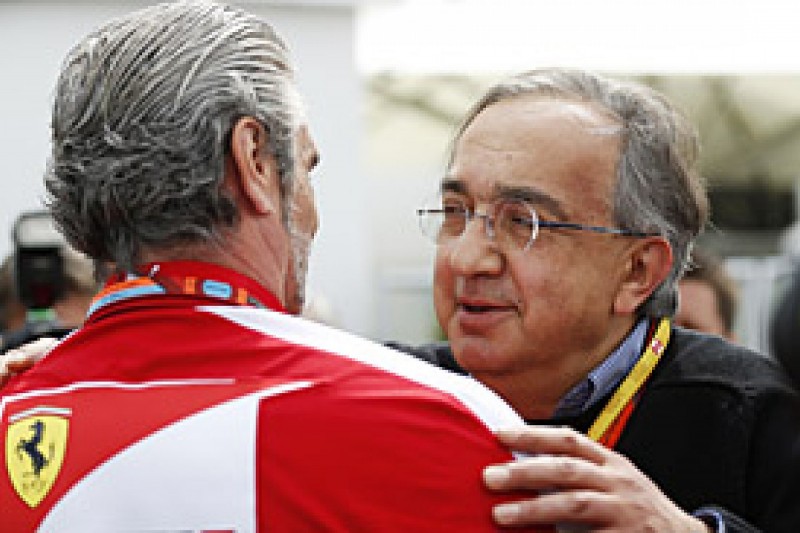 "I have had conversations with Dieter Zetsche [Daimler chairman] and the other people on the F1 Commission, Toto [Wolff], Niki [Lauda] and so on.

"We're all committed to doing the right things to try to bring the sport back."

While appreciating the "need to find a way to bring costs under control", Marchionne also recognises the fans need to be entertained.

"This ought to be the pinnacle of auto," said Marchionne.

"There is nothing more technically advanced, more unknown in terms of outcome than this, where you get a combination of drivers and technology coming to bear. Let's not kill that drive.

"That will turn itself into a spectacle and that is important for the sponsors, to finance the cost of all this, which is not inconsequential.

"As I've mentioned before, you can go bankrupt running this business, so you have to be careful.

"But the combination of the technical work that goes on and the transformation of all that into something that attracts audiences is crucial."