Ferrari says its target for 2015 is to win two Formula 1 races, after unveiling its new SF15-T on Friday

With the team adamant that it needed a major overhaul after a disappointing 2014 campaign, it is also realistic its return to the front of the grid will not happen quickly.

However, new team principal Maurizio Arrivabene says that sights are set on at least ending its victory drought that extends back to the 2013 Spanish Grand Prix.

"I am just realistic," he said. "Nobody has the magic to change things, when things are unchangeable.

"We find the car, the car was ready December of [last] year, and we apply certain modifications that in our opinion, are quite interesting.

"I don't want to say that we are going to win the world championship but for sure we are committed at least to win two races."

Newly arrived Sebastian Vettel backed up his bosses' claim that modest targets had to be the aim for 2015 - but the team would not complain if more success came.

"We have to be realistic. There is a lot of change that's happened over the winter. So I think the most important thing is we start getting into the groove quickly in winter testing and then we start to make progress.

"If the situation is like last year, it will be very difficult to fight for victory. But that's our goal, we're not here to finish second." 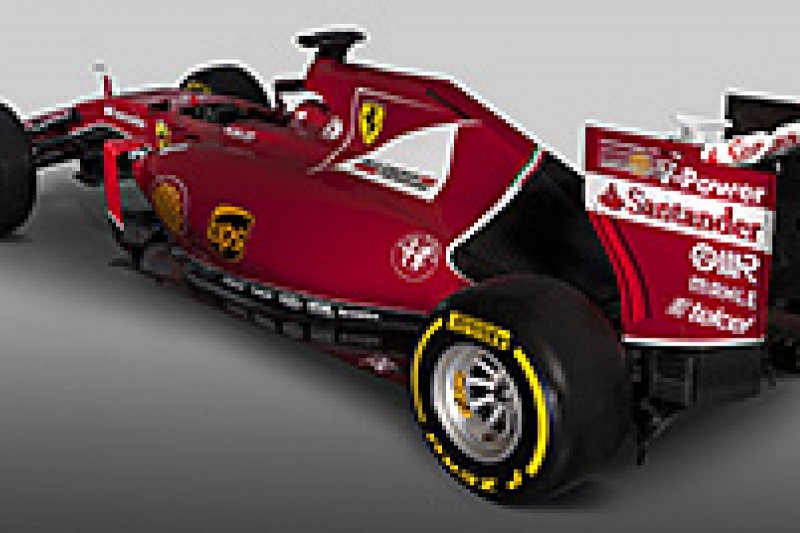 Although too early to predict exactly how competitive the new chassis and engine will be, Arrivabene does at least believe that the SF15-T has at least got off to a better start in the visual stakes than its predecessor.

"Ferrari said a long time ago that the best car is a winning car," he said. "Last year was an ugly car and a non-winning on top of this.

"I like the car of this year in terms of aesthetics, I don't know about performance, but it is really sexy."