Ferrari admits it has fallen back again in Singapore

Fernando Alonso was able to finish second in Belgium and Italy, but Ferrari struggled during Friday practice for the Singapore Grand Prix.

The Spaniard suggested after practice that "we have more or less come back to the situation of the high-downforce circuits", which Resta agrees with.

But he added that he believes Ferrari has yet to get the most out of its car.

Resta hopes it will be more competitive for qualifying after Alonso ended Friday practice 1.442 seconds off pacesetter Sebastian Vettel.

"Fernando is right," said Resta when asked by AUTOSPORT whether he agrees the car has returned to its pre-Spa level.

"We were expecting Mercedes and Lotus to bounce back and they have done it, and also McLaren a bit.

"The gaps are a bit bigger than before compared to Hungary and Germany.

"We think we haven't got the most from the car today and there is still work to be done on tyres and the set-up for tomorrow to find the right balance of the car."

Ferrari has brought some upgrades to Singapore, with a new front wing and modifications to the diffuser among them.

Alonso ran the new front wing during his short run on super-soft rubber, using the old-specification wing for his long run on medium-compound Pirellis.

"We have data to be analysed to understand if the changes we have brought to the car are positive or not," said Resta. 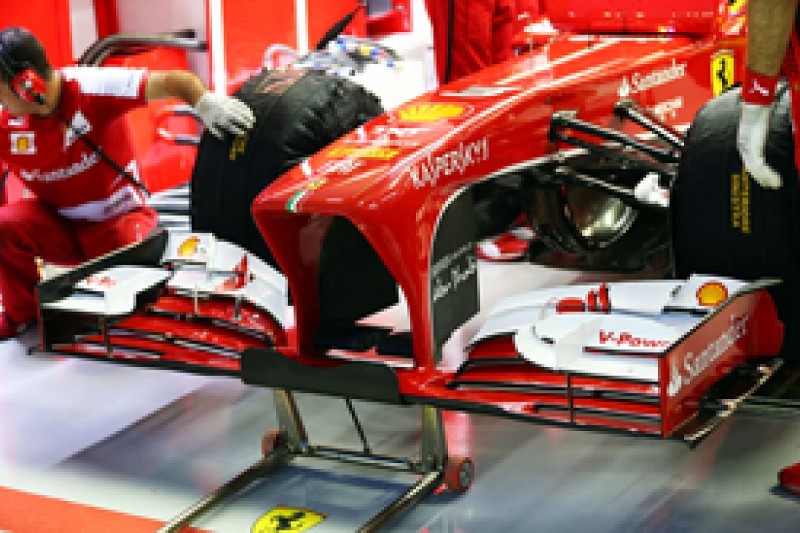 Resta confirmed that further developments are due for introduction during the rest of the season even though work on the 2013 car is inevitably scaling down, as it is for all teams with the new rules package on the horizon for next year.

"There is generally a bit of inertia in the process, so what we see today is the result of what has been started some weeks and months ago so there will now be a bit of a queue of development.

"We are still working in the tunnel to develop the car but we will gradually reduce these developments in the next weeks."