McLaren on Friday finally confirmed it was splitting with current engine supplier Honda to use Renault power units from 2018.

The move has been seen as key in convincing Alonso to extend his stay at McLaren beyond his current contract, but the two-time world champion says he has no information about the French manufacturer's prospects yet.

"I don't have data about what Renault expects and the improvements it has planned for next year," said Alonso.

"So after this race I'll try to find out and get in touch with them to know more about their plans and from there make a decision.

"You never know if it's the good move or the bad move for the team, but if McLaren thought that it was time to split with Honda and go for Renault is because they have good information about next year.

"Hopefully that puts McLaren again in the places that all feel McLaren belongs, which is fighting for podiums and championships." 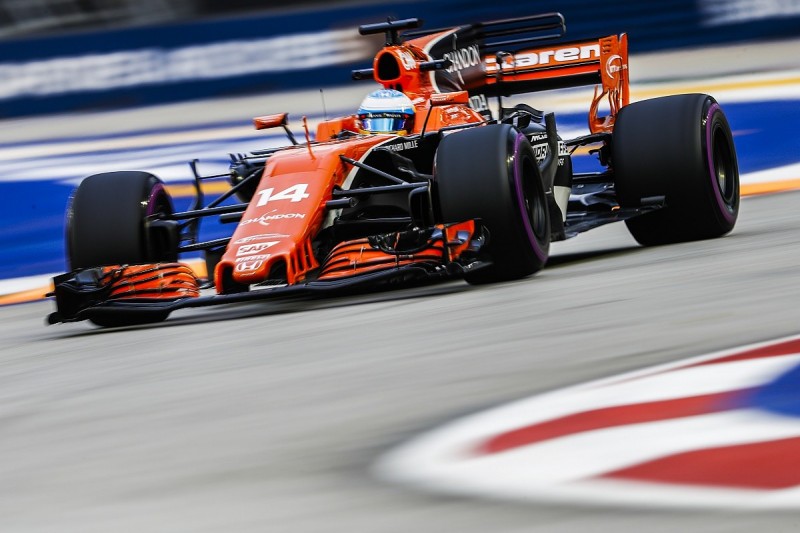 Renault boss Cyril Abiteboul said McLaren has been working with the French manufacturer's data for a few days, but Alonso said he was yet to see it.

"No, I have no information," he said. "I just received the news that you all saw today.

"After Singapore I will try to know a little bit more about the project, the Renault engine, the expectations for next year because right now I don't know anything."

Although McLaren has endured a torrid three years with Honda as its engine supplier, Alonso was cautious about suggesting the switch to Renault would guarantee success.

"You never know if it's the good move or the bad move for the team," he added.