Since announcing he will not be on the F1 grid next season, Alonso has maintained that a future return was possible in the right circumstances.

The McLaren driver reiterated that ahead of making his final planned F1 appearance in this weekend's Abu Dhabi Grand Prix.

"Right now, it is difficult to think about coming back," said Alonso.

"But yes, the door is not closed.

"The first reason is because I don't know how I will feel next year.

"I've been doing this my whole life. Maybe next year by April or May I am desperate on the sofa, so maybe I find a way somehow to come back.

"But it is not the initial idea. It is more about myself, if I come back it is not for any particular reason or deadline, or something that has to happen.

"It is going to be more how I feel in the middle of next year."

McLaren has prepared a tribute livery for this weekend, and Alonso will race with a helmet design featuring the colours he wore on his F1 debut with Minardi in 2001 (pictured below).

"I am probably not to the mood yet for this final race," Alonso admitted.

"It feels OK right now, it will be a special emotion, and hopefully a good one." 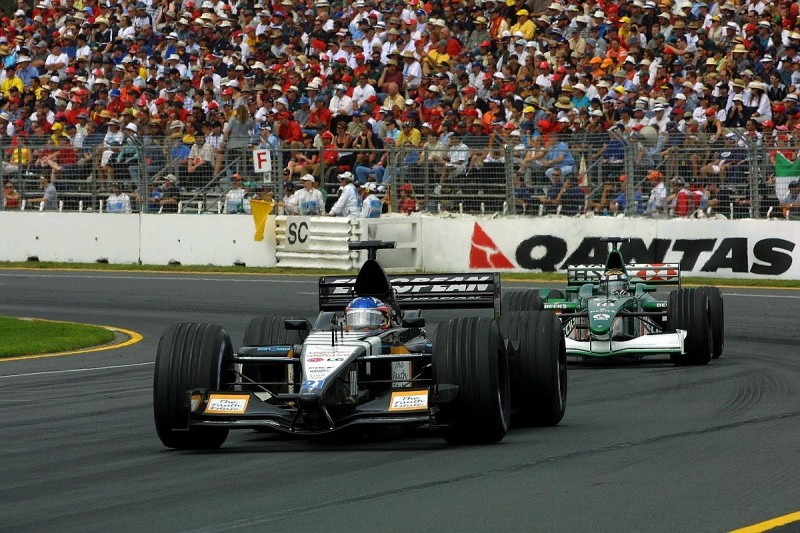 Asked to consider his legacy, Alonso highlighted "trying to do my best all the time here" and his efforts to help young people get started in motorsport.

"Working with the kids and the karting school, the museum, trying to do all the things with the fans and the younger generation," he said.

"Trying to help them if I can with the knowledge that I have from all these the years, and also in terms of facilities or something that I didn't probably have in my time.

"If they have dreams and the talent, I try to help them."

He said selecting individual highlights from his F1 career was hard.

"More than races or memories or victories, the best thing I have from that long time is the people I worked with, the people that I share half of my life. I am 37 and I raced here 18 years," said Alonso.

"Half of my life with a lot of talented engineers, designers, mechanics, you guys, the media, everyone, we share a lot of things, lot of days over the seasons.

"That is the best thing I will always remember about F1, how you approach these kind of races, the philosophy behind a grand prix, the preparation, the discipline in all areas of the team.

"Now racing in other series, you realise F1 is a step higher and you try to find perfection every two weeks around the world."

Alonso's current 2019 programme is IndyCar's Indianapolis 500 and the remainder of the 2018/19 World Endurance Championship season, but he has hinted "many more races" could be added.

Stoffel Vandoorne will be a Mercedes Formula 1 simulator driver