Fernando Alonso believes it is realistic for McLaren to find 2.5 seconds over the winter to turn it into a competitive force in Formula 1 next year

McLaren has endured a difficult season with returning engine partner Honda this year, with Alonso and team-mate Jenson Button repeatedly referring to 2015 as a glorified testing schedule while the Japanese manufacturer puts solutions in place for 2016.

When asked how much improvement McLaren needs to make over the winter, Alonso said: "Two and a half seconds.

"If we improve two and a half seconds we will win."

Pushed on if that was a realistic target, he added: "I think so. We need to work very hard with a high discipline all winter and be united.

"Winning is another step, it is beating Mercedes but even now very big teams can't do it.

"So for us it will be a huge task but we are ready to try."

Alonso believes McLaren and Honda have a plan mapped out for the off-season that will allow for big gains to be made.

"In this new Formula 1 everything is a package," he said.

"We are working on that and we understand that but it is a very big gap that we have to close.

"The steps that we can do are much bigger than any other team.

"They don't promise anything, but they are very optimistic about the results of next year's engine. 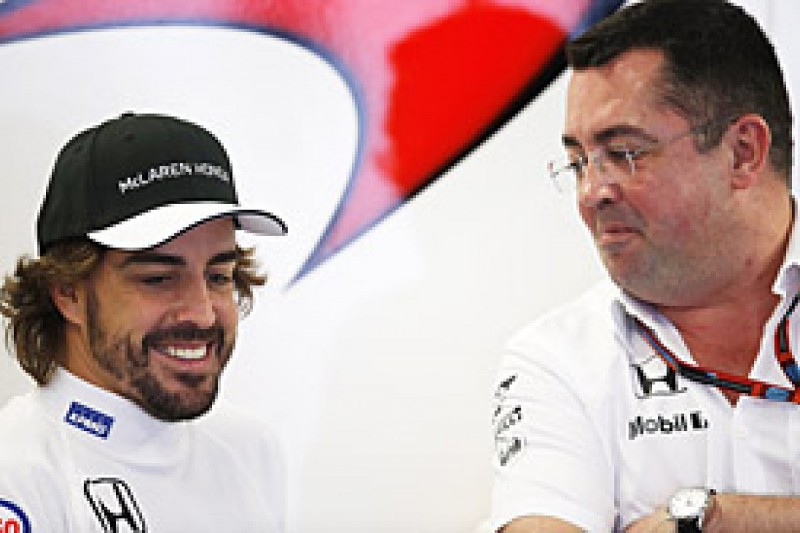 "The steps that are in this [new] spec engine, the information they have from this year, mean they have learned many things that they didn't expect."

Alonso's first stint with McLaren was much more competitive than the current campaign, but that year ended in acrimony after a falling-out with team boss Ron Dennis.

When asked to compare the team in its current state to that of 2007, Alonso said: "It's very different.

"The team is much more open now and much more international.

"The team now are very happy and relaxed, the engineers and the mechanics.

"Everybody is going for dinner together and barbecue together so I think despite the results we are very united and the team is very positive.

"So when we come back on the winning strike I think we will be even better with this atmosphere."

Will F1's budget engine even happen?