Alonso had admitted on Friday that it would be difficult for the team to make it into Q3, but was hoping for 11th place in order to be the top driver able to choose tyres for the race freely.

While Alonso expects those starting on ultrasoft tyres to struggle quickly in the race, he conceded McLaren needs to find more speed.

"We were trying for P11, which would have been ideal, starting first outside of Q3 to choose tyres, but it wasn't possible. P13 was the maximum," said Alonso after qualifying.

"We'll try to score points tomorrow. I think we are in a good position.

"The last two or three cars in Q3 will struggle because they will have to stop early with the purple tyres.

"We still need to find more speed, as we said in Bahrain.

"In equal conditions we are P13 so we have to improve, that's clear."

McLaren's China qualifying result repeated its seventh-row start in Bahrain a week ago, which racing director Eric Boullier had called an "astonishing" lack of pace. The team salvaged seventh and eighth in the Sakhir race.

"Now after three races we more or less identified some of our problems - we seem to be a little bit slow on the straights compared to our main competitors," he said.

"So I think there is potential to develop the car in that direction and gain some free laptime. Let's hope to see some results." 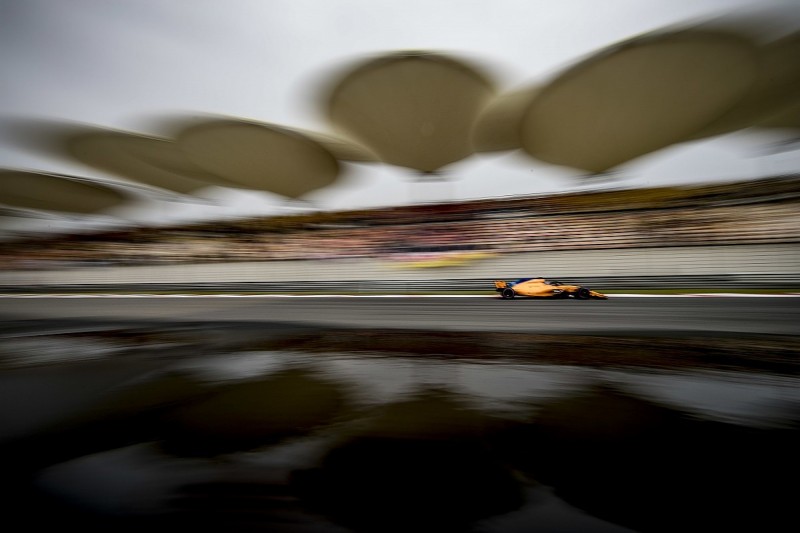 Alonso and team-mate Stoffel Vandoorne gave each other tows during Shanghai Q3 in order to boost their top speed.

"In Q1 we were deciding who would give the tow to the other," Alonso explained.

"I finished ahead in Q1 so we decided I'd give Stoffel a tow in the first run and then he would give it to me.

"I guess it wasn't on TV when I gave it to him because they never show that, but when he gives it to me, they do show it.

"We tried to gain a few tenths there, but there's still a long way to go.

"We knew it was very few days from Bahrain to here so let's see if in the next one we can be in Q3 in normal circumstances."

Alonso suggested he will opt for a one-stop strategy on Sunday, although he expects tyre degradation to be an issue.

"It's on the limit between one and two. I think all those in Q3 with the purple ones will stop twice and those outside of it maybe have the advantage of stopping once," he said.

"But there'll be tyre problems tomorrow and it's going to be a race of managing them as best as possible."