Magnussen started from the pitlane after his huge crash in Q2 led Haas to switch to the spare chassis and a new gearbox, obliging the crew to work late into the night.

Having dropped out of parc ferme the team was free to make any changes it wanted, and it went for a set-up that it hoped would help the Dane to progress up the field.

However the changes didn't pay off and he could only manage 17th, behind George Russell's Williams.

Having struggled to make progress in the race, Magnussen said over the radio: "This is the worst experience I've ever had in any race car, ever."

Further exchanges were not broadcast, but shortly afterwards Steiner took the unusual step of publicly rebuking his driver, saying: "For us it's also not a nice experience. It's enough now."

Magnussen apologised to the team on the way back to the pitlane after the race.

"In the rebuild of Kevin's car we tried a little bit of a different set-up, because we could, because of the pitlane start," said Steiner.

"We know now, at least we learned that one."

Steiner said he knew he had to step in as the negative conversation between Magnussen and his engineer continued. 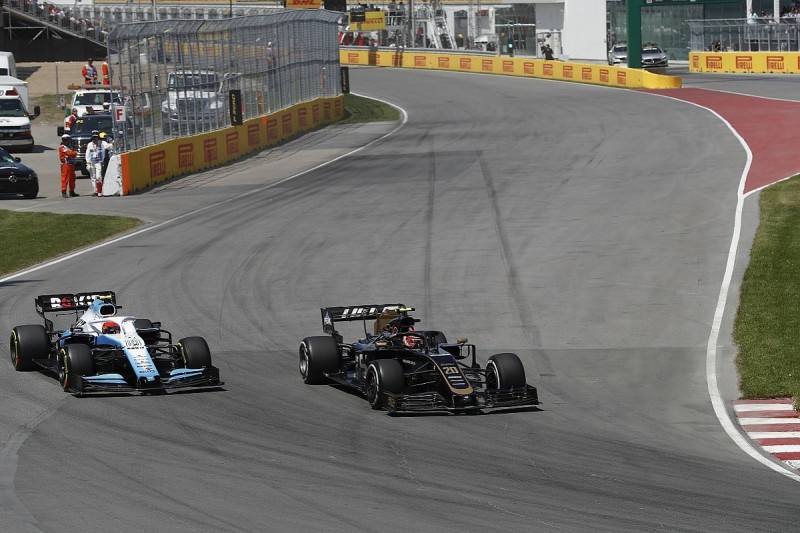 "I said, '[If Magnussen continued complaining] I need to say something, then he came [on the radio] again, then the race engineer started to talk and I don't want an open discussion on the radio.

"You need to be strong sometimes, because I know when to stop them.

"I know only one can stop them. I know these guys pretty well.

"They listen, they know it's enough. If I speak, I have a different view of it, we don't need to do this on the radio with all you listening and having a good laugh at us."

Steiner's main concern was the impact of the negative radio messages on a team that had worked through the night to ready the damaged car.

"There are a lot of people who are disappointed with how we are doing at the track, and they don't need to be reminded," Steiner added.

"He [Magnussen] apologised to everybody on the radio after the race. It was good. "Everybody is frustrated, the guys work until three in the morning and you're last, it's not something that motivates you, and you don't need anymore discussions about how bad it is.

"I was fully conscious and what I wanted to avoid was the guys getting beaten down more than they need to be.

"He didn't mean to be critical, and he was just trying to explain a situation, that this was a very bad situation.

"He apologised to everybody, like a grown up does, and you move on. There is no point to dwell over it."