F1's new exhaust rules explained - will the cars be louder in 2016?

From next year, the exhaust has to be split into one tailpipe for the turbo's turbine and then one or two smaller tailpipes (see smaller dots on illustration) for its wastegates.

A wastegate is a pressure relief valve for the exhaust system, fitted to the primary exhaust before it enters the turbo.

Hydraulically operated under control from the car's ECU, it is used to prevent the exhaust gases over revving the turbo and creating too much boost for the inlet system.

As much as the ERS-H (Heat) is also used for a similar function, there are times when wastegates will open to vent exhaust pressure, with a characteristic 'turbo' sound.

With the exhaust tail pipes now split, the exhaust sounds will be separated and should be more distinct from each other.

So the exhaust note should be more interesting, but not necessarily a lot louder, although track tests have yet to be carried out publically to confirm this.

THE RETURN OF EXHAUST-BLOWN AERO?

The new regulations dictate the position of the second and third tail pipes, which still end in the same area as the current single exhaust. 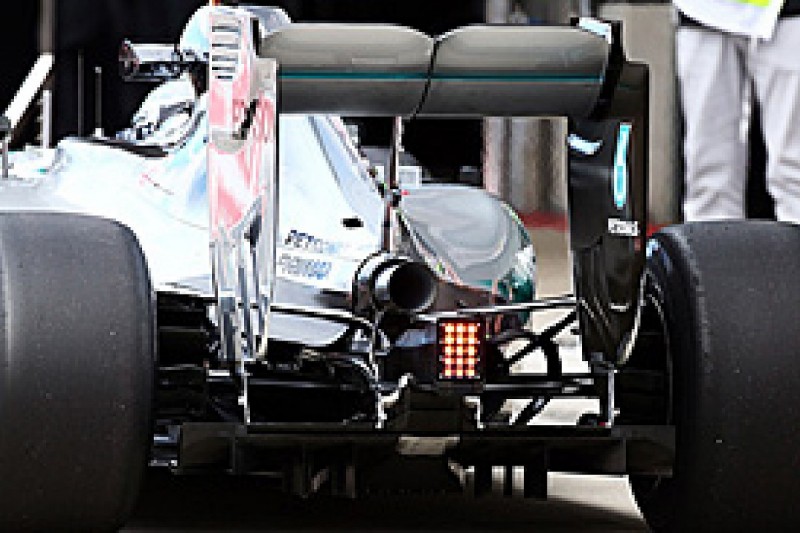 In this position and orientation the exhausts have nearly no beneficial aerodynamic blowing function.

Moreover the separate wastegate tailpipes will blow sporadically as the battery becomes fully charged and the ERS-H cannot direct its recovered energy directly to the MGU-K.

The timing of any blowing is unlikely to be matched with the car's aerodynamic demands around the track, so the wastegate tailpipes would be ineffectual for a blowing function anyway.

Teams therefore remain largely limited to blowing the exhaust under a Y100 'monkey seat' winglet, an effect miniscule in comparison the exhaust-blown diffusers of pre-2014.

Other technical tweaks include a small alteration to the width of the padding around the cockpit opening, which will have minimal visual and performance impact.

Changes are also being made around the regulation of onboard camera pods.

For 2016 the camera mountings below the roll-hoop must not be wider than 15mm - preventing teams from using wider 'aerodynamic' mounts.

A year later, the stalk-mounted cameras on the nose of the car will be outlawed, reducing the performance benefit teams have exploited with their current designs. 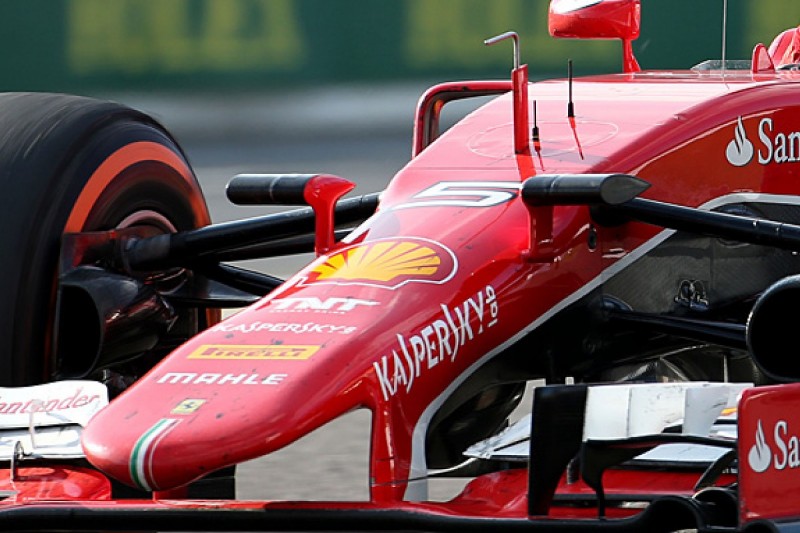 Face to face with Bernie Ecclestone