Lewis Hamilton beat Charles Leclerc and Valtteri Bottas to the fastest lap in second practice for Formula 1’s 2021 Turkish Grand Prix, while Max Verstappen ended up down in fifth.

After Mick Schumacher had led the pack around to post the first timed lap of the 60-minutes session, which featured strong and unpredictable gusts of wind hitting the Istanbul Park layout, Leclerc established the first place benchmark at 1m25.880s, which was set on the medium tyres.

The tyre compounds were split throughout the field during the early stages, with Carlos Sainz Jr pushing his Ferrari team-mate down the order with his first flier – a 1m25.819s – using the softs.

Sergio Perez then moved ahead on a 1m25.278s – set on the mediums – before Bottas beat him a few minutes later with a 1m25.199s, also on the yellow-walled tyres.

Just behind Bottas, Leclerc returned to the head of the times with a 1m25.021s, before and Perez exchanged fastest laps to bring first place down to a 1m24.102s as the opening 10 minutes drew to a close.

After a brief lull in action as the majority of cars returned to the pitlane to make adjustments and change tyres, the pack steadily returned to the track to complete qualifying simulations on the softs.

Hamilton was the first of the frontrunners to go for a flier on the red-walled rubber, setting the fastest times in the first and third sectors.

The world champion therefore went quickest on a 1m23.804s, which remained the top time until the end of the session.

Leclerc maintained his high position when slotted into second on his flying lap in the softs, ending up 0.166s slower than Hamilton.

Verstappen appeared to be struggling with understeer throughout his soft tyre run, where he continued to complain about strange car behaviour mid-corner where he was also encountering random snaps of oversteer. 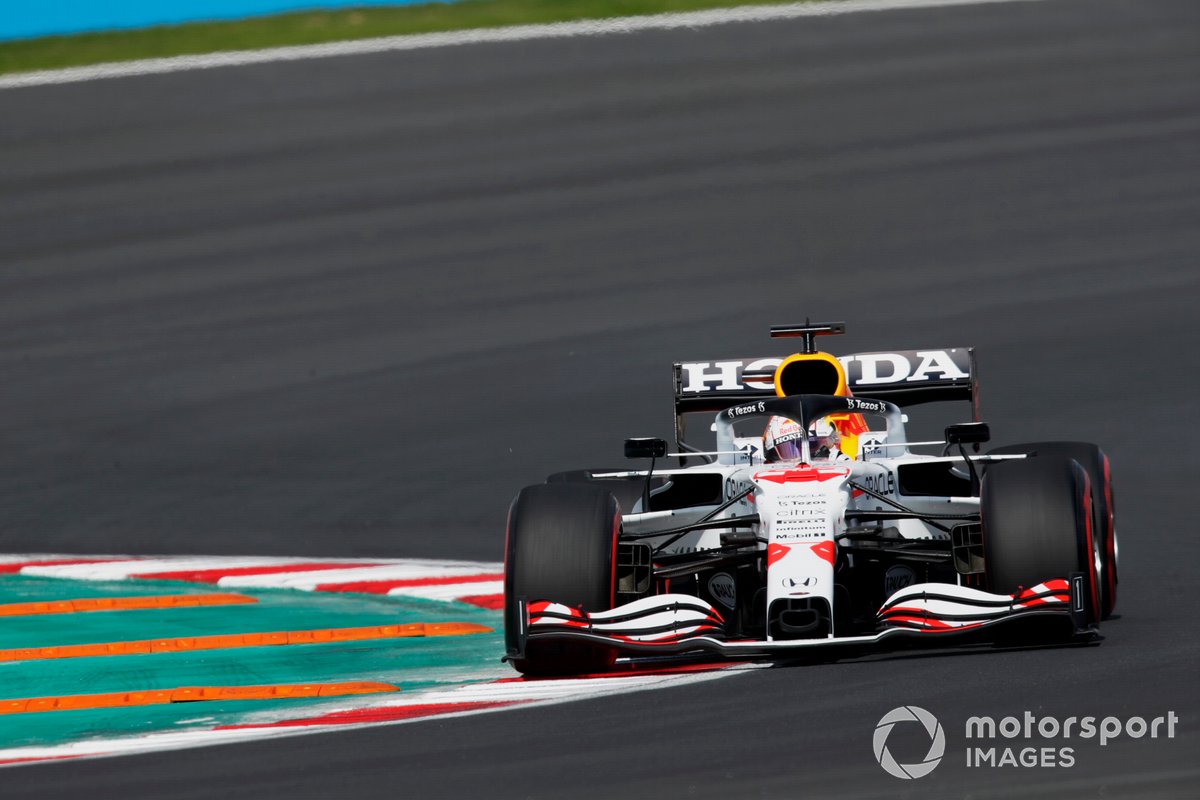 The Dutch driver was therefore 0.896s down on Hamilton on his initial flying lap on the softs and although he closed the gap to 0.635s on his next effort that 1m24.439s was only good enough for fifth.

Lando Norris began the long-run data gathering period at the start of FP2’s final third by improving to sixth as the lead McLaren, with Fernando Alonso – who had to catch a big snap of oversteer exiting the fast left of Turn 3 on his flying lap on the softs – seventh for Alpine.

Esteban Ocon finished eighth ahead of Pierre Gasly, who also struggled with an understeering car throughout the session.

Gasly also spun running through the fast left kink of Turn 6 after running wide exiting the preceding corner and clipping the apex kerb, which flicked his AlphaTauri around and he slid off backwards into the Turn 6 runoff at high speed before coming to a stop well short of the gravel and outside barriers.

Antonio Giovinazzi rounded out the top 10, while his team-mate Kimi Raikkonen complained about a leaking drinking system aboard his Alfa Romeo at several points during FP2.

Raikkonen, who ended up 15th, initially reported water leaking onto his boots when he pitted just before the halfway mark, then he complained about the amount of time it was taking to fix locate and fix the issue on what he called “the most simple part on the car”.

The Finn was able to re-join the session for its final third.

Daniel Ricciardo was the only driver to set a fastest time on a compound other than the soft, as his 1m25.060s – 1.256s slower than Hamilton in 14th – was completed on the hard tyres during the early laps. 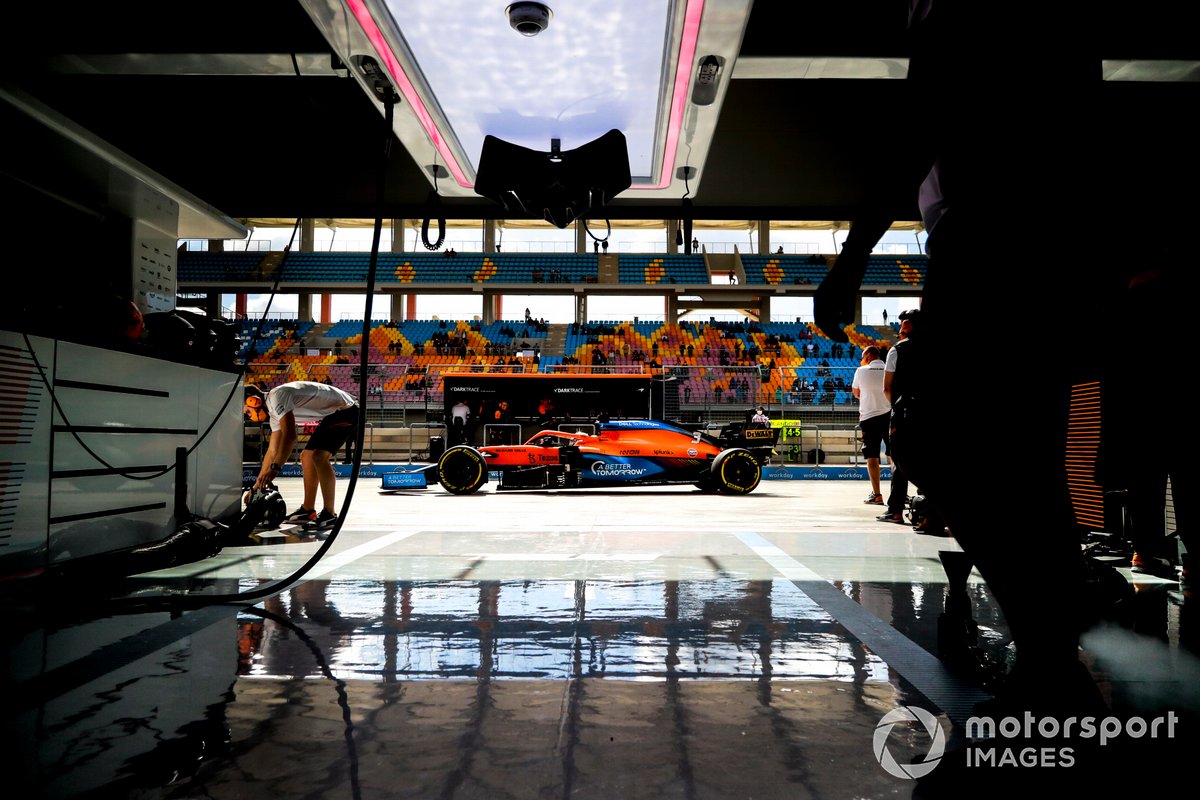 Several other drivers had off-track moments during the session; Sainz, who finished 12th, and Bottas both had big left-front lock ups that meant they ran off into the Turn 1 runoff in the early and late running respectively, while Nicholas Latifi (17th) spun after losing the rear of his Williams going through the first part of the Turns 9/10 chicane at the end of the first 10 minutes.

Latifi also had a second spin at the same point during the closing moments – losing the front in the second incident to spear off right into the runoff after following Raikkonen through Turn 9.

Nikita Mazepin, who ended up 20th, also had a high-speed spin running through the third apex of the famous Turn 8 sequence.

After the session had finished, with the drivers lining up to complete practice starts on the grid, Ocon, who had and pulled up in pole position to do his, could not select a gear.

With the Alpine stuck in neutral and unable to move, Ocon was ordered to switch it off so it could be recovered by the Istanbul marshals.