F1’s return to Turkey after a nine-year absence in 2020 saw drivers struggle for grip due to a late track resurfacing and cold temperatures in the middle of November, making conditions slippery.

The track was water-blasted ahead of this year’s running to try and improve the grip levels, which were notably better throughout the first F1 running of the weekend on Friday morning.

It allowed Hamilton to set a new track record en route to the top of the timesheets in FP1, recording a best lap time of 1m24.178s for Mercedes.

The lap beat Juan Pablo Montoya’s benchmark of 1m24.770s from the inaugural Turkish Grand Prix in 2005, with all of the top three in opening practice setting a quicker time.

Following news at the start of FP1 that he will be taking a 10-place grid penalty on Sunday due to an engine change, Hamilton focused on soft-tyre running throughout the session.

Hamilton set the initial pace with a lap of 1m24.511s to lead proceedings early on ahead of Alpine’s Esteban Ocon, who completed his early running on hard tyres and sat four-tenths of a second back.

But Hamilton was able to improve his time twice more with subsequent runs on soft tyres, ultimately setting his best time with 25 minutes left on the clock.

The lap was enough to give Hamilton P1 by four-tenths of a second from title rival Max Verstappen, who reported struggles for front-end grip throughout the session and was seen sawing at his wheel through the final two corners. 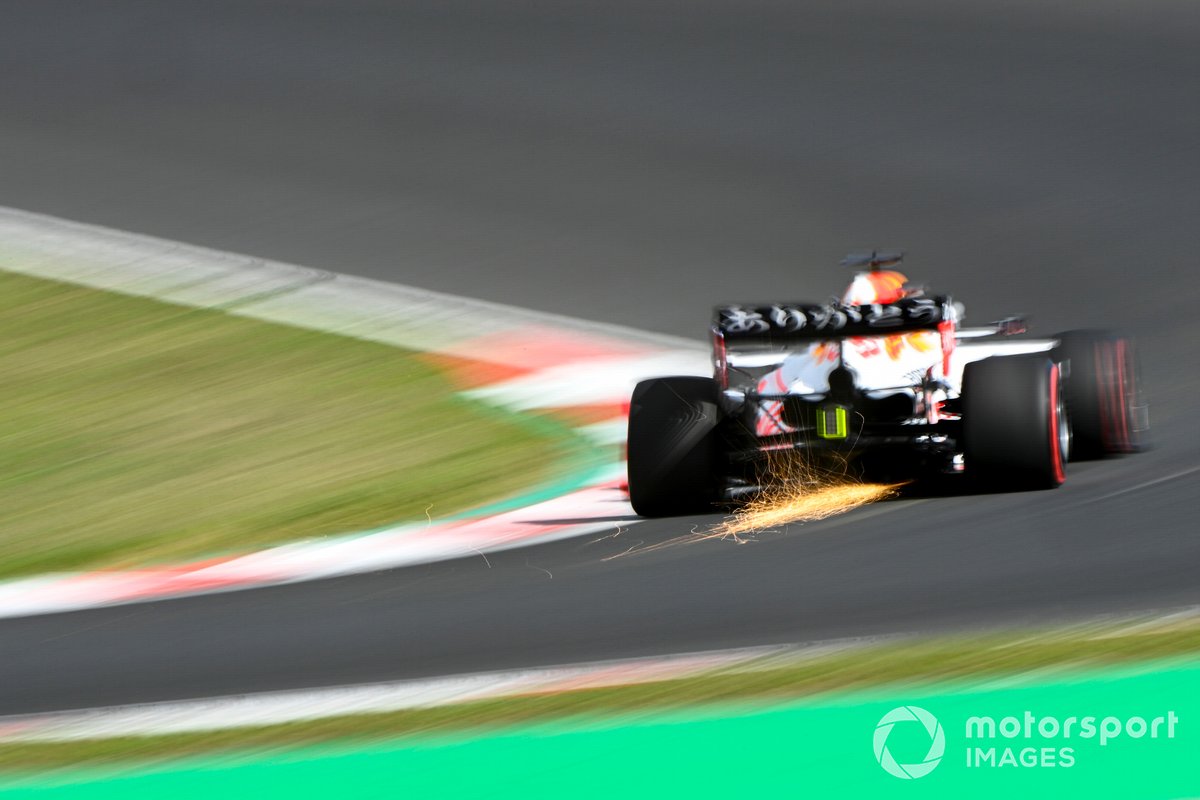 Verstappen ultimately got his best lap in not long after Hamilton to take second place ahead of Ferrari’s Charles Leclerc, who was just five-hundredths of a second behind the Red Bull in third place for Ferrari.

Valtteri Bottas took fourth place in FP1, finishing six-tenths of a second off team-mate Hamilton in the sister Mercedes, while Carlos Sainz Jr rounded out the top five in the session for Ferrari.

Ocon’s lap on the hard tyre set early in the session proved to be his fastest after running off-track at Turn 9 during his first run on softs, forcing him to abandon the lap. His hard-tyre time was still enough to secure sixth place, seven-tenths off Hamilton at the top.

Lando Norris finished FP1 in seventh place for McLaren ahead of AlphaTauri’s Pierre Gasly, while Fernando Alonso was able to grab ninth for Alpine with his fastest time coming on mediums.

Sergio Perez completed the top 10 for Red Bull, but was also heard on team radio discussing flap adjustments in a bid to try and find more grip like his team-mate.

George Russell placed 11th for Williams ahead of McLaren’s Daniel Ricciardo and Aston Martin’s Sebastian Vettel, while Antonio Giovinazzi jumped up to 14th late on for Alfa Romeo, moving ahead of Nicholas Latifi.

Kimi Raikkonen also put in a time in the closing stages to take 16th just behind his team-mate, leap-frogging 2020 pole-sitter Lance Stroll, who ended the session in 17th place.

Yuki Tsunoda took 18th for AlphaTauri, but fumed over the radio late on after believing he was held up by Giovinazzi, calling him a “f****** idiot”, while the Haas duo of Mick Schumacher and Nikita Mazepin propped up the running order in 19th and 20th place respectively.