Lewis Hamilton will take a 10-place grid penalty at the Turkish Grand Prix after Mercedes elected to fit a fresh Formula 1 engine.

The world champion team had been evaluating whether or not it could risk leaving Hamilton on his current power unit pool allocation until the end of the season.

But amid concerns about the potential major impact a retirement could have on his title ambitions, a call has been made for Hamilton to fit a fresh internal combustion engine (ICE) for this weekend’s event in Turkey.

While a full change of power unit would have dropped Hamilton to the back of the grid, Mercedes’ decision to only introduce a new ICE means he will take the 10-place grid drop for the use of a single new item.

Hamilton had been left with just two power units in his pool, with the first one he used at the start of the season having reached the end of its life when it failed in practice for the Dutch Grand Prix.

Title rival Max Verstappen had also been left with just two power units, after one of his was destroyed in his high-speed crash with Hamilton at the British Grand Prix.

However, the Dutchman elected to take a fresh entire power unit at Sochi a fortnight ago. He recovered from his back of the grid start spot to take second place.

For Mercedes, aware that Verstappen was in a more comfortable position with his fresh engine, the risk of pushing things too far ultimately outweighed the downside of a one-off grid penalty. 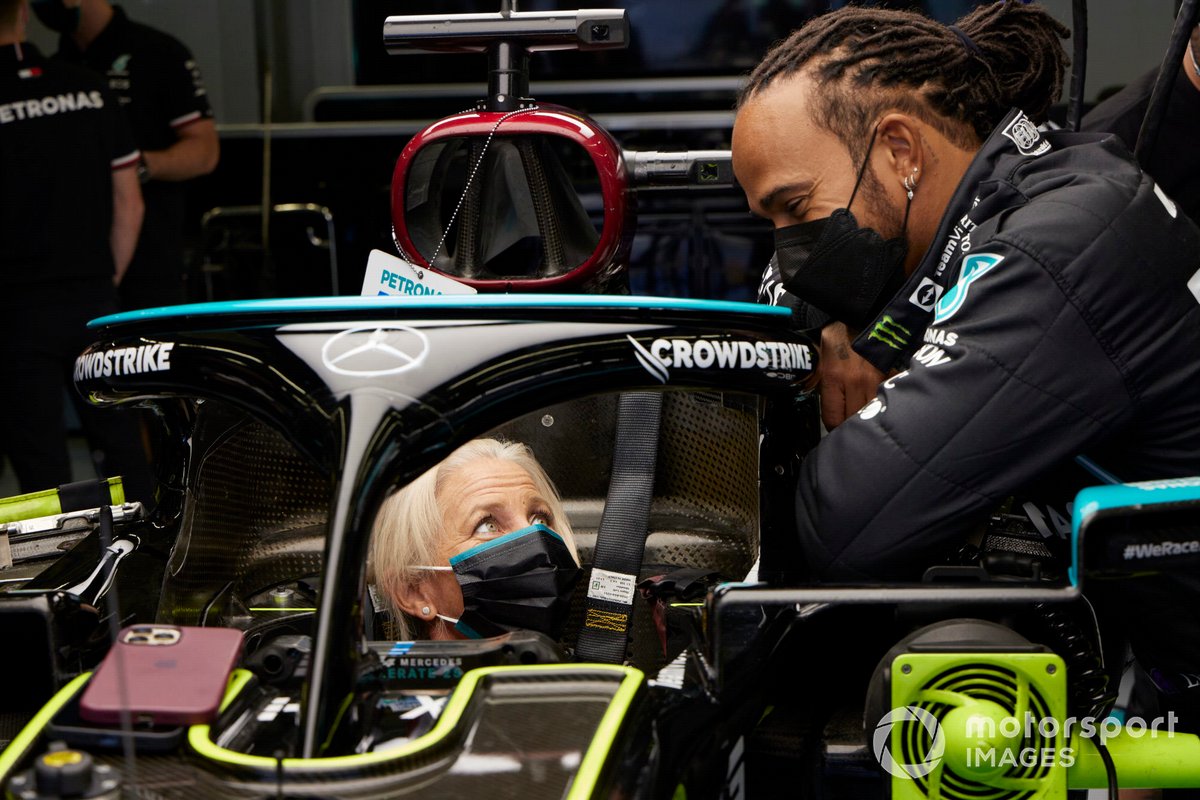 Team boss Toto Wolff said recently that it calculated a single engine failure in a race would require four wins on the bounce to recover from.

“We believe that between P1 and P2, with the fastest lap, that if you have one DNF it needs the other guy four races to catch up," Wolff said.

"And that's brutal. So you can afford to finish four times in second [place]. Therefore, you just need to really play it safe while not giving up performance."

Hamilton had spoken recently about needing to take extra care with his older power units in a bid to not overstress them.

“I'm trying to treat my engines, the ones that we put in, with the absolute care when I'm driving, in terms of how much I'm gassing it, how much just revving the things, revving the nuts off it, really trying to minimise the laps that I do,” he explained.

Mercedes trackside engineering director Andrew Shovlin explained the team’s decision behind only opting for a new engine, which incurs a 10-place grid penalty, compared to a full power unit change which would have put Hamilton to the back of the grid for the Turkish GP.

“There is a balance and risk of a reliability issue and obviously the thing that you definitely don’t want to do is fail during the race and then have to take a penalty anyway,” Shovlin said to Sky Spors F1.

“Then there is also a performance element because the power units do lose a bit of horsepower over their life. The 10-place penalty is the bit that most contributes to that reliability element and the performance is the ICE itself so it is better to take 10 places than to start from the back.”