But with the air temperature never registering above 5C all day, Vettel - who caused a red flag when he spun and dragged gravel onto the circuit at the first sequence of corners - described the weather as "the limiting factor" on the day.

"It's very cold, the most important thing is that if you look at the table, we did nearly 100 laps," he said.

"Considering that it was snowing also, at the end of the day it's OK, but it's very difficult to get the tyres to work. Everybody is struggling with the same issues.

"It was only 3-4 degrees, the asphalt is 10 degrees, so it's very, very cold. Not the conditions we normally run.

"Obviously the limiting factor was the weather. It's difficult to judge, knowing how difficult it was out there just to stay on the track with the cool conditions, I think others were facing the same issues.

"We should not get into details too much because it's a bit pointless. I hope next week we will know more." 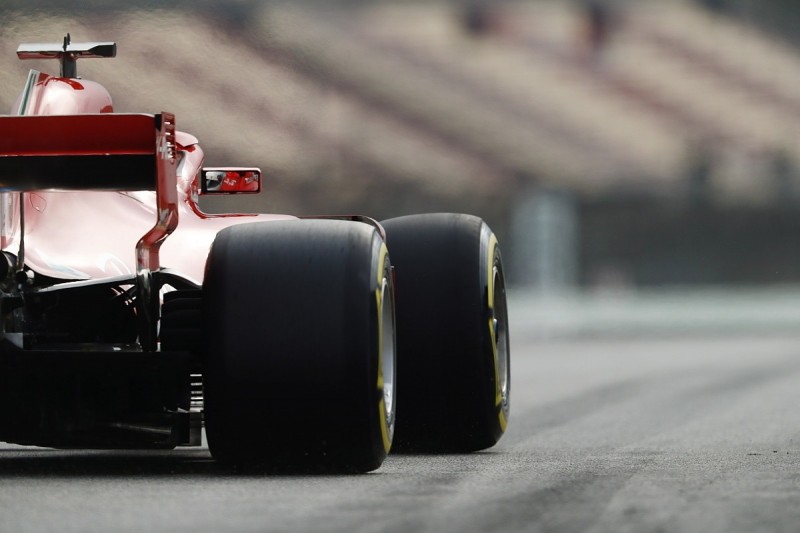 The cold weather at Barcelona - with more snow being forecast for Wednesday - has led to debate about whether teams should test in Europe during pre-season, but Vettel believes "we just got a bit unlucky" with the weather this week.

Vettel said the weather and the new surface at the track made it hard to compare Ferrari's 2018 car to its predecessor, but he was pleased with his first day in the car.

"The car is working, we didn't have any problems reliability-wise, everything was making sense," he said.

"It seems we have made a step forward. In terms of performance, I don't know yet, but in terms of general operation, everything is really smooth.

"It's good to come here and switch the car on and be able to run.

"First of all we have to try to understand the car, that's the most important thing for the test, to make sure we do some important laps, a lot of mileage.

"That's the key right now. Then later we can focus on performance."