Ricciardo was limited to 50 laps on the opening day of testing at Barcelona, before F1 team-mate Max Verstappen turned 89 laps on Tuesday.

The Australian was delayed by a broken exhaust on Wednesday and contributed a further 70 to Red Bull's three-day tally of 189, while champion outfit Mercedes has completed 529 laps - an average of 176 each day.

However Ricciardo says he is not concerned by that deficit, given Red Bull's past pre-season struggles with engine supplier Renault in the turbo-hybrid era.

"We were obviously working on that, but we don't expect to be doing 150 laps [a day] like Mercedes.

"I guess they expect to do it, because they've got that pretty good foundation, and we're still experimenting with a lot of things.

"It would be nice to get a few more laps, but from what I learned on day one, today I learned a lot more.

"Even though we only did 20 more laps [than on day one], maybe, it was more useful and productive for us.

Noting Mercedes and Ferrari look to be leading the way on early 2017 pace, Ricciardo said Red Bull has not focused on pushing its RB13 yet.

"We haven't really got too involved in the performance runs," he said.

"We're trying to get some laps, some consistent laps, for reliability as well, to make sure nothing's getting hot or there's no problems.

"The lap times, for now it's still not too representative but we can expect Mercedes and Ferrari to be at the front - and we can be very close as well." 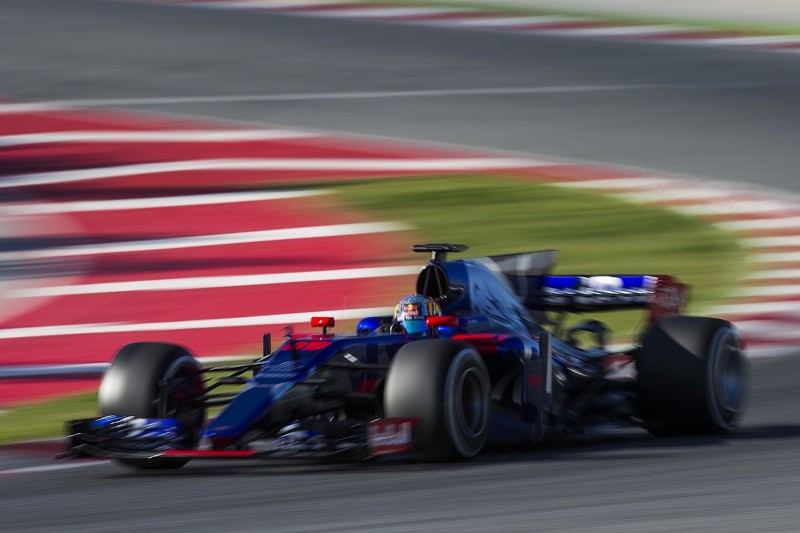 Red Bull's sister outfit Toro Rosso returns to being a Renault engine customer in 2017, but it has had a troubled week so far.

After its filming day was interrupted by a power-unit glitch, Carlos Sainz Jr's afternoon on Wednesday was cut short when "suddenly the engine stopped completely".

Sainz concedes he expected a "tough first test" with an engine the French manufacturer describes as 95% new.

"It's nearly a start from zero from there, so it was obviously not going to be easy," he said.

"Of course we would have liked to do some more laps these last couple of days, but we need to give them time.

"They have done a fully new engine that they are predicting a good step on power, so as long as this power is delivered in the first race, I'm not going to complain at all."