Kimi Raikkonen kept Ferrari on top on the final morning of Formula 1 pre-season testing at Barcelona, as McLaren ran into more trouble

After Sebastian Vettel set the fastest time of the winter yet on Thursday, F1 team-mate Raikkonen finally broke through the 1m19s barrier on Friday morning with a best time of 1m18.634s, set with a little over 20 minutes remaining.

Towards the start of the final hour, Raikkonen had come within five thousandths of Vettel's benchmark, which was set on ultra-softs but also affected by the German backing off in the last sector.

Raikkonen's subsequent run on super-softs put him 0.490 seconds clear of his team-mate.

While Raikkonen went out for a run on ultra-softs in the dying moments, he did not improve on his earlier best, although he dipped under the 1m19s barrier again.

The Ferrari driver ended up 0.804s ahead of nearest rival Max Verstappen, who used super-softs to set his best lap of 1m19.438s, Red Bull's fastest of testing by nearly half-a-second.

The morning was punctuated by four red flag-periods, with McLaren's troubled start to 2017 accounting for two of those.

Fernando Alonso caused the second of the session when he stopped on the approach to Turn 10 just over two hours in, and suffered another breakdown on his outlap some 30 minutes later, the MCL32 making it as far as Turn 4. 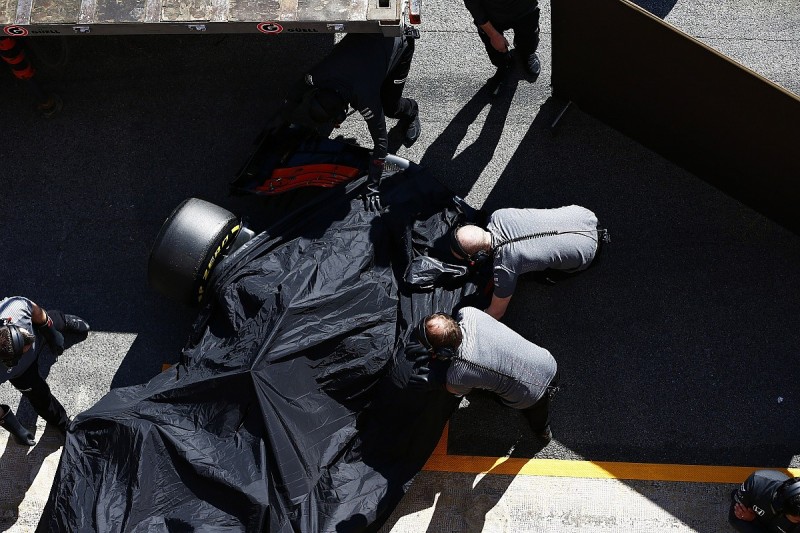 The Spaniard's best lap of 1m22.731s on ultra-softs left him last and just over four seconds off the pace of former Ferrari team-mate Raikkonen.

With a late effort on ultra-softs, Carlos Sainz Jr vaulted up to third for Toro Rosso, his 1m19.837s just 0.008s clear of the Mercedes of Valtteri Bottas, whose best lap of the morning came on super-softs.

Sainz's late charge demoted Renault's Nico Hulkenberg and Force India's Sergio Perez, both of whom used ultra-softs on their best laps, to fifth and sixth.

Williams rookie Lance Stroll was seventh using the soft tyre and ended up the joint-most productive driver of the morning along with Sauber's Marcus Ericsson on 59 laps.

The first came in the second hour when the Frenchman spun into the gravel at Turn 5, the other was a result of the Haas VF-17 grinding to a halt along the back straight with around 15 minutes remaining.

Is the threat to Mercedes real?