F1's tyre supplier has developed a new construction it says is more resistant to impacts from kerbs.

Ferrari's Sebastian Vettel suffered rear tyre failures at Spa in 2015 and during this year's Austrian Grand Prix, and running off track and over rough kerbs were considered factors in those failures.

However, Pirelli says it has not developed the new construction as a direct response to Vettel's failures, but rather as part of an ongoing programme of continuous development.

"It's not because of the Vettel failure," Pirelli racing manager Mario Isola told Autosport. 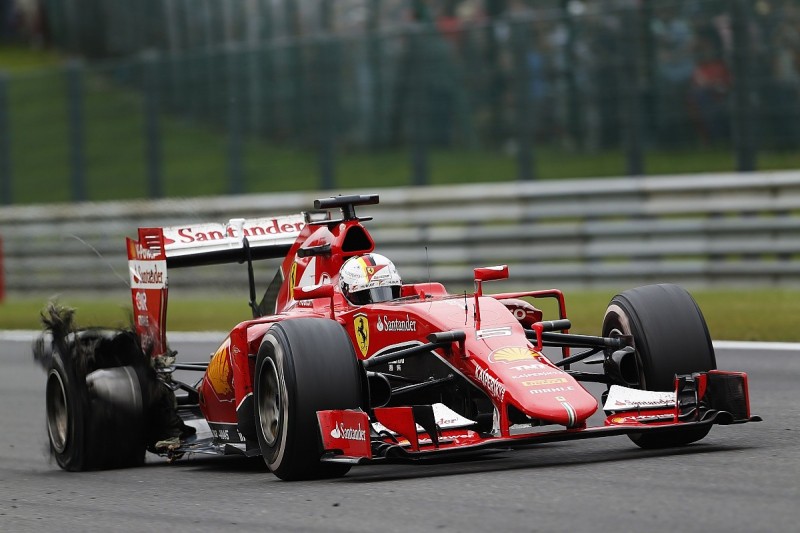 "It's part of the continuous development that we run during the year.

"For next year we have to change the size, and this is a big change, but if the concept is valid we can take it into next year."

"We assessed integrity with indoor testing before running on track and we have seen the improvement," Isola explained.

"We never do this kind of integrity test on track, [we] just [want] to see if the teams and drivers are feeling anything different.

"The point [of running here] is we want to have a construction that is transparent compared to the current one.

"The plan is not to introduce a construction with a different performance, or a different driveability or handling, it is to keep the same type of construction but with an improved resistance to impacts."

Each team will receive four sets of the prototype to split evenly between its two drivers. The tyres must be run in FP1 or FP2 and returned before Saturday's final practice session.

If the test is successful Pirelli hopes F1 will adopt this new construction of tyre from September's Malaysian GP.

"The plan at the moment is to test this prototype here and Monza, because we have to send a request in advance and you never know about the weather in Spa," Isola added.

"It's two different circuits, so a good opportunity. If we confirm it's transparent in terms of drivability our request is to introduce it hopefully from Sepang."