Formula 1 team bosses have called on series organisers to find a better way of managing traffic problems in qualifying at Monza, after pitlane near-misses at the Italian Grand Prix.

As the value of a slipstream is so high at the high-speed track, qualifying sessions at Monza have always been fraught as drivers battle for track position to get a tow from the car ahead of them - while not running so close that they lose aerodynamic efficiency.

During Friday evening’s qualifying session for the sprint, there were several flash points both on-track and in the pitlane.

Max Verstappen and Pierre Gasly were forced to abort flying laps in Q1 after being baulked by slow-moving cars on preparation laps.

Then in Q2, Sebastian Vettel's Aston Martin was waved out of his garage into the path of Lewis Hamilton, nearly causing contact, while a member of Esteban Ocon's crew was judged to have moved into a dangerous position in the pitlane as he signalled for the Frenchman to be released.

As a result, the Aston Martin and Alpine teams were each fined 5000 Euros for their unsafe releases.

Aston Martin team boss Otmar Szafnauer told Autosport that he felt F1 needed to find a way to stop the Monza shenanigans happening in the future.

“We’ve got to look at that to make sure we curtail it before something happens,” he said.

“A lot of people were involved. It’s because the value of a tow is so high around here, that people try those types of things. We’ve got to think about how to do that better.” 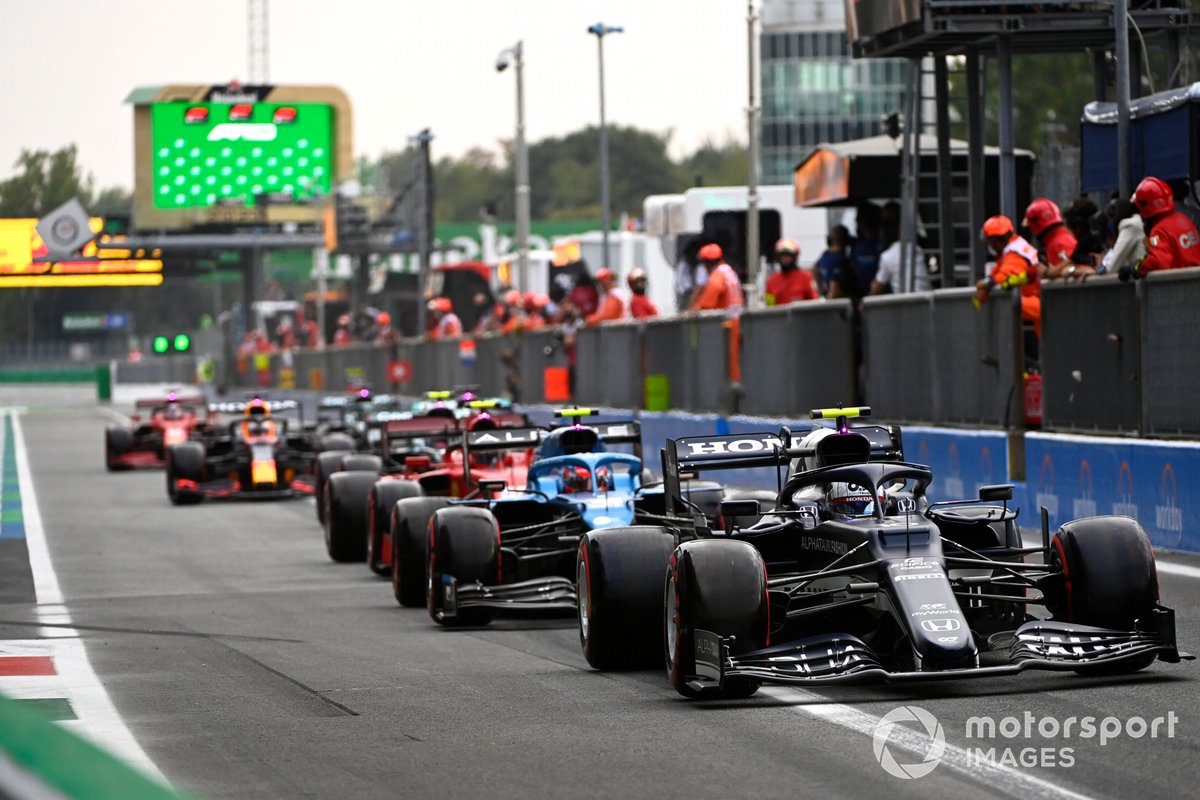 Red Bull team boss Christian Horner concurred that the unique characteristics of Monza meant that F1 needed to think up a better approach.

“The tow is so very valuable,” he told Sky. “I think Max got caught up on the first run by being out of sync. There was a whole bunch of cars all over the place and the closing speeds are so massive here.

“It's very difficult unless you send them out one by one for individual qualifying, and it's all part of it trying to get that bit of track position.

“But it does need to be safe. And, of course, the pitlane is getting a little bit nuts as well.

“Thankfully there were no incidents today, but it's something we should definitely have a good look at."

Horner also felt that teams could do a better job in informing their drivers of fast-approaching cars.

“You've got some big closing speeds,” he reiterated.

“Of course the teams tell them [the drivers] who is on a fast lap. Sometimes you feel that perhaps communication could be better, but it's one of the nuances of racing in Monza I'm afraid.”