The Aston Martin and Alpine Formula 1 teams have been fined 5000 Euros each for the unsafe release of cars during qualifying at the Italian Grand Prix.

With the slipstream so important for a quick lap around Monza, teams were eager in Friday evening’s session to try to stay close together to maximise the tow.

It meant that at the end of Q2, there was a rush for the pit exit as teams released their cars together in the final shootout spot for the top 10 grid places for the sprint.

In the frantic scramble to get out, a number of cars were released into the path of others.

Sebastian Vettel emerged from the pits alongside team-mate Lance Stroll and had to drive around a team mechanic, which put him on a collision course with Lewis Hamilton, who had to swerve to avoid contact.

Then, moments later, one of Esteban Ocon’s crew was judged to have moved into a dangerous position in the pitlane as he signalled for the Frenchman to leave the pits.

Following an investigation by the stewards, both teams were found guilty of unsafe releases and handed a financial penalty. 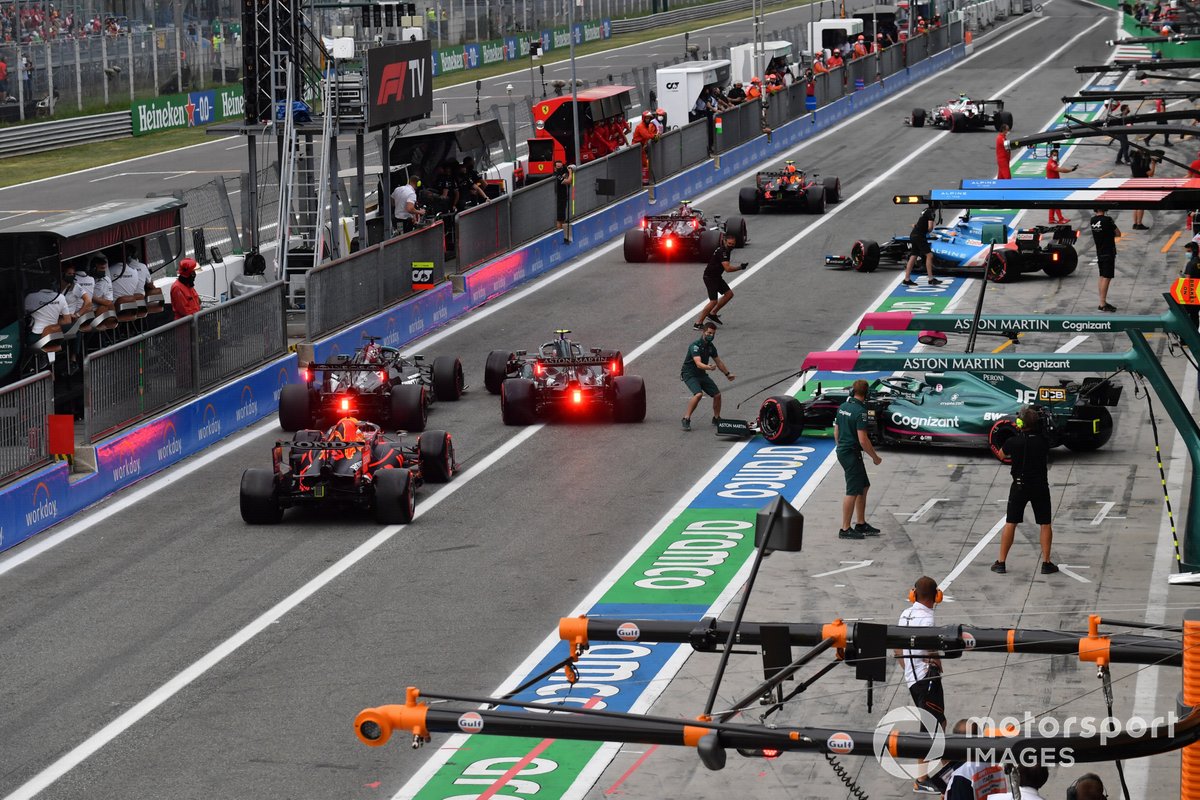 The cars leave the pits during qualifying

On the Vettel penalty the stewards said: “Several cars were released into the pitlane at the same time.

“The driver of Car 5 (Vettel) was released by his team, but at the same time the team’s other car was also being released. This caused Car 5 to move towards the fast lane when Car 44 (Hamilton) was passing and Car 44 had to take avoiding action to avoid an incident.”

On Ocon, the stewards added: “The team member of Car 31 (Ocon) who was responsible for releasing Car 31 stepped back into the pitlane, close to the fast lane into the path of Car 5.

“While the Stewards accept that members of other teams also stepped this far into the pitlane, they did not obstruct another car and were not in a particularly dangerous situation. In the case of Car 31 the Stewards determined that this was an unsafe act.”