Daniel Ricciardo was left feeling “internal rage” at the small gaps to cars ahead in Friday evening qualifying at Monza, despite recording his best dry-weather McLaren Formula 1 qualifying result.

The Australian driver, who was fourth in Spa’s wet qualifying session, was frustrated to be shuffled back to fifth as the final Monza Q3 runs concluded.

His team-mate Lando Norris ended up finishing 0.006 seconds ahead to claim fourth, with Max Verstappen 0.029s in front and set to start third on the grid for Saturday’s Italian Grand Prix sprint race behind polesitter Valtteri Bottas and his Mercedes team-mate Lewis Hamilton.

“I have some internal frustration with being so close from the top three,” Ricciardo told Autosport.

“So, knowing that I’ve got two chances – with the sprint and then the race – to make up time and make up ground, I’m certainly thriving off that at the moment.”

Ricciardo had earlier told TV crews “I call myself a honey badger because I do have an ability to flip and feel a lot of rage in a short moment of time” – referring to his internal reaction to engineer Tom Stallard telling him he had ended up fifth and warning that he “won’t like” the gaps to Norris and Verstappen. 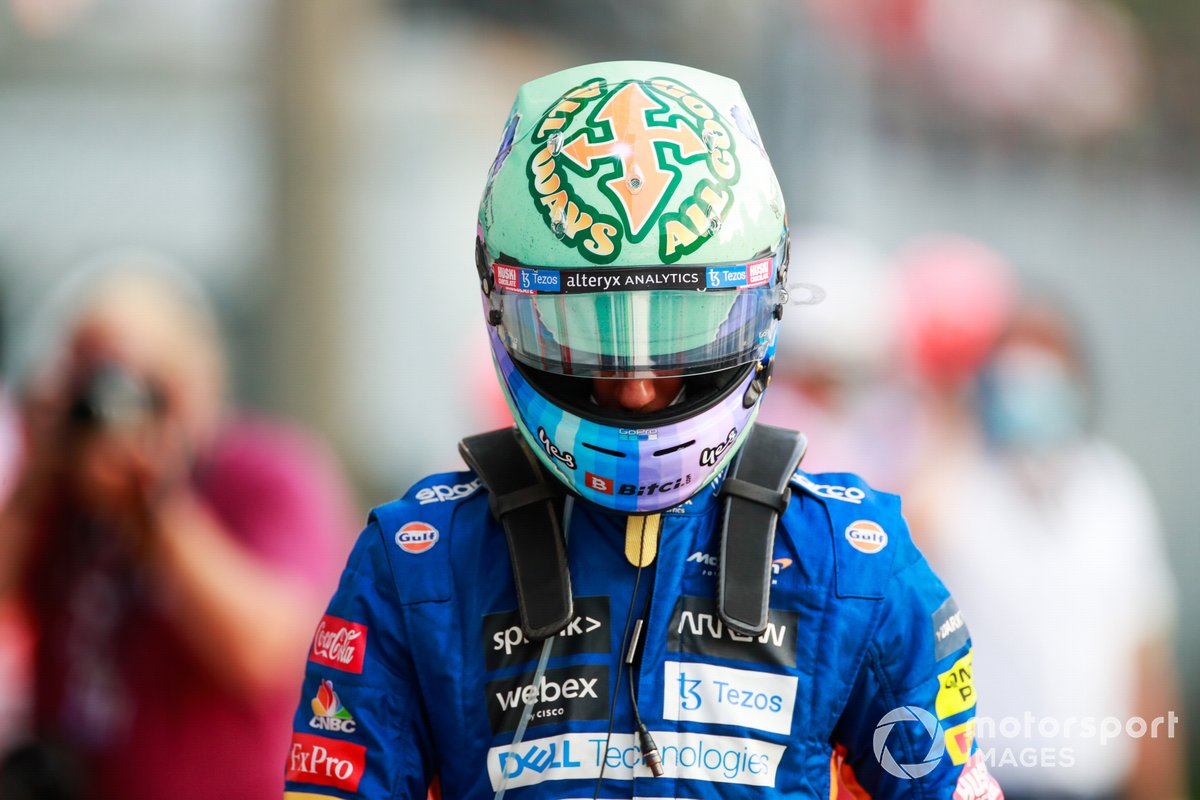 When asked by Autosport where he felt the time to his team-mate and the Red Bull had been lost, Ricciardo, who set the fastest Q3 time in the final sector on his last lap, replied: “Second chicane.

“I feel like I left a little bit of time on the table then in both runs. So that was probably where.

“Last sector I was always a bit off, but I knew what I had there, so I think that was pretty perfect.

“But [at the] second chicane I was never quite getting the drive off the corner I wanted. A little bit there.

"But, yeah, just when you see top three so close it [hurts]. But, anyway, I’ve got two chances to let some of this rage out on a race start. So hopefully it’s a good time.”

Ricciardo ran ahead of Norris to give the Briton a tow during their first runs in Q3 and, although he again left the pits as the lead McLaren for the second efforts in the final segment of qualifying, Norris was not directly behind him as the Mercedes cars occupied the gap behind.

“But I had cars in front, so like my rage is all just internal. Just being so close. But it’s not directed at anyone or anything. It’s just I don’t like losing.”