Lewis Hamilton starts on pole position for the Spanish Grand Prix ahead of Mercedes Formula 1 team-mate Valtteri Bottas. Here's how and when you can watch the race

Mercedes is looking to strike back after losing its 100% winning start to the reshuffled 2020 F1 season at the 70th Anniversary GP when Max Verstappen clinched victory through superior tyre management and strategy.

But Verstappen and Red Bull opted against the contra strategy for the Spanish GP, qualifying on the same tyre as the rest of the top 10, with the Dutch driver taking third place on the grid.

Sergio Perez is back in action for Racing Point after missing the two Silverstone races due to testing positive for COVID-19, and has eyes on the podium after qualifying in fourth place directly ahead of team-mate Lance Stroll.

With Red Bull's Alex Albon in sixth place, he starts in front of McLaren pair Carlos Sainz Jr and Lando Norris, while Ferrari's difficulties continued with Charles Leclerc down in ninth.

With Pierre Gasly in 10th for AlphaTauri, he ensured Sebastian Vettel missed out on Q3 again for Ferrari as he continues to struggle with the SF1000 despite a chassis change, but he starts with a free choice of tyres in 11th place. 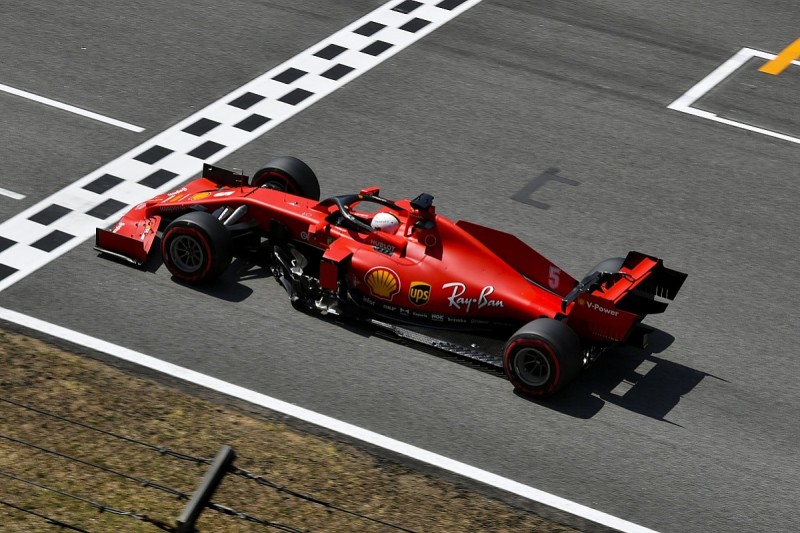 In the United Kingdom, Sky Sports has exclusive live broadcasting rights (excluding the British GP), with the Spanish GP race shown live on Sky Sports F1. Pre-race coverage will be starting at 12:30pm BST ahead of the race start at 2:10pm BST.

Autosport is running a live text commentary for the Spanish GP.

Current weather forecasts predict sunshine and partially cloudy conditions at Circuit de Barcelona-Catalunya on race day, with a minimal chance of rain throughout the day. The temperature is expected to be cooler than Friday and Saturday with highs of 28 degrees Celsius for the start of the race.

The race is scheduled to be 66 laps of Circuit de Barcelona-Catalunya's Grand Prix layout, covering a total race distance of 307.104km.