When the session got underway, the pack was in no particular hurry to head onto the track, with Fernando Alonso eventually emerging for a solo run on the medium tyres towards the end of the opening 10 minutes.

Alonso therefore set the P1 benchmark at 1m21.020s, which remained fastest until the Alpine driver was joined by Sergio Perez towards the end of the session’s first quarter.

Perez duly put his Red Bull quickest with a 1m20.388s, also on the medium tyres, before the rest of the pack streamed out on the soft tyres and a flurry of faster times were posted.

Kimi Raikkonen set the first soft tyre run and moved to P1 with a 1m19.732s, but a few seconds later his Alfa Romeo team-mate Antonio Giovinazzi moved ahead with a 1m19.368s.

Charles Leclerc then slotted his Ferrari into first with a 1m18.997s – a time he bettered after a slower recharge lap to move the top spot time down to a 1m18.882s.

At this point, with nearly 25 minutes of FP3 completed, the Mercedes cars and Max Verstappen appeared for the first time – with the Black Arrows drivers sent straight out on softs while the Red Bull emerged for an opening run on the mediums.

Bottas was running ahead of Hamilton and used his first flying lap to seize top spot with a 1m18.423s, which the world champion bettered on his opening run – a 1m18.304s. 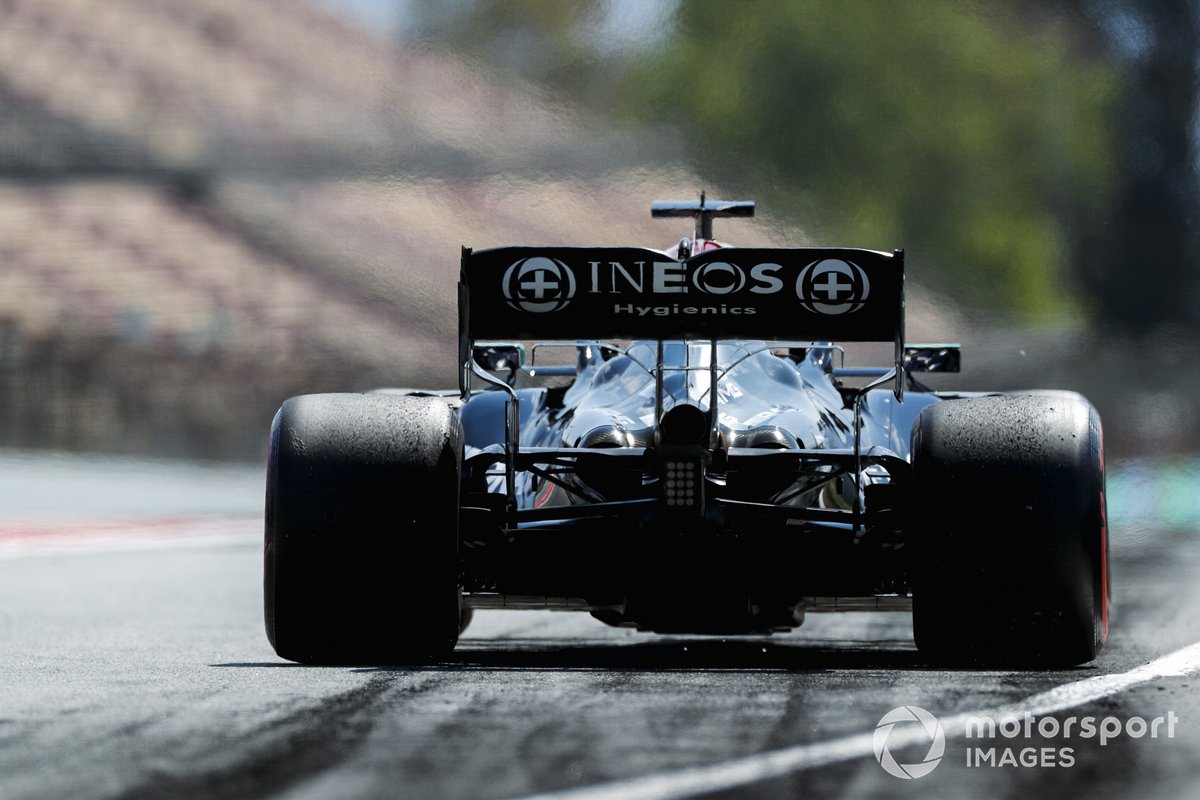 Hamilton continued on his run with his first set of softs and just past the session’s halfway point, he improved again to move the fastest time to a 1m18.117s.

In third place ahead of the final runs, Verstappen’s fastest time on the mediums was 0.513s slower than Hamilton, but of course it was set on the harder tyre.

The Dutchman at one point observed that the Mercedes, which was following him around the lap, was “unbelievable” through the final sector – the key to setting a fast lap time at Barcelona given its slow, technical turns where having tyre life remaining is vital.

Mercedes sent its cars out for another run on the softs at the 45-minute mark, but neither initially improved – although Hamilton looked set to go faster on his first lap on his latest set of softs before he lost time in the final sector running deep and missing the apex at the reprofiled Turn 10 long left and then hitting the kerbs hard exiting the last chicane ahead of the final corner.

Hamilton and Bottas continued on their run, with the latter’s best lap from the middle part of the session ending up his best as he too lost time in the final sector running long over the kerbs ahead of the final turn when looking set to improve.

The world champion did eventually find time despite the elongated run, taking the fastest time to a 1m18.070s with just under 10 minutes remaining.

But in Hamilton’s wake came Verstappen, who was not put onto the softs until the very final runs of the session.

He set the fastest time of anyone in the middle sector and was over 0.4s up two-thirds of the way around the lap, but having to catch an oversteer snap exiting the last chicane cost him a chunk of time. 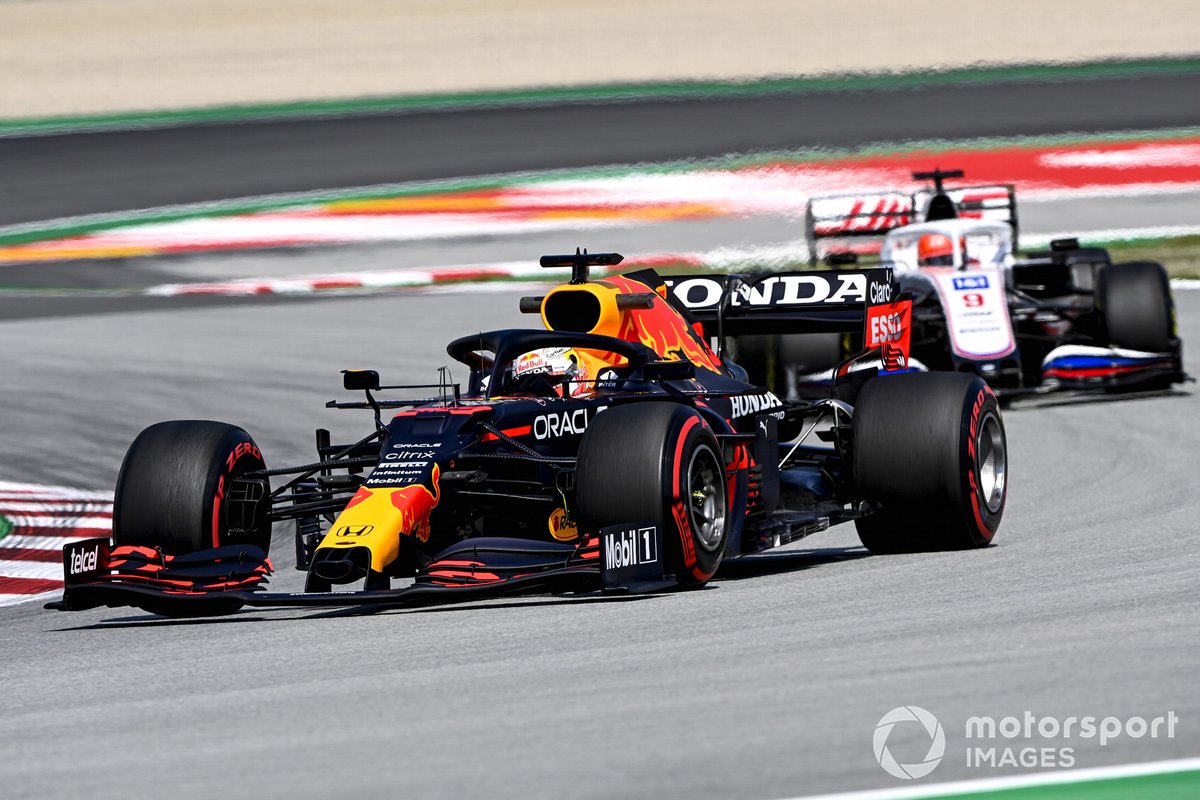 But Verstappen nevertheless went fastest – setting a 1m17.835s to throw Red Bull right into the fight for pole later on Saturday after making mistakes on his best chance to set rapid laps in FP1 and FP2.

Verstappen ended up 0.235s clear of Hamilton, with Bottas’s failure to improve on his final run meaning he was shuffled down to fifth by Ferrari pair Leclerc and Carlos Sainz Jr, who did manage to jump up the times with fast laps at the start of their late final runs on the softs.

Lando Norris ended up with the sixth fastest time, but did have a worrying moment late in the session when he shot off into the gravel beyond Turn 10, as the rear of his McLaren snapped out of shape as he hit the apex, the ensuing correction turning right in the left-hander meaning he went head on into the gravel.

Unlike Robert Kubica in FP1 for Alfa Romeo, Norris was able to keep up enough momentum to slowly limp out of the gravel and return to the pits.

Pierre Gasly was seventh for AlphaTauri, ahead of Daniel Ricciardo and Raikkonen, who also had late drama when he picked up a puncture approaching the final 10 minutes – possibly after hitting the kerbs hard when running through the uphill Turn 8 right.

Perez rounded out the top 10 in the second Red Bull, 0.7s slower than Verstappen.