Formula 1's sprint qualifying weekend rules are set to be signed off after a meeting to finalise details took place in Austria on Thursday.

The new format - a 100km race on Saturday that determines Sunday's grid - is so different that the FIA sporting regulations have had to be substantially adjusted to incorporate all the changes.

While the key points were agreed some time ago, a few details - notably involving the parc ferme regulations - remained under discussion.

They were addressed in Thursday's meeting of team managers and key FIA and F1 personnel.

The concern of some teams is that routine jobs that they usually conduct on a Friday night or Saturday lunchtime now have to be brought forwards, because parc ferme will begin before qualifying on Friday afternoon.

One of the main points is clutch shimming, an operation that some teams usually conduct in essence to give their clutches extra life for the remainder of the weekend.

The worry is that if the job is not exempted from parc ferme regulations those teams will have to reduce their track mileage for the rest of the weekend, which could compromise running in FP2 on Saturday morning.

It's understood that Alpine, McLaren, Aston Martin and Alfa Romeo are among the teams affected by the issue.

Other teams have "longer life" clutches that don't need shimming, but homologation rules as well as a waiting list for orders mean that it's not possible to make a switch during the season.

It's understood that in today's meeting it was agreed that there will be no routine exemption for clutch shimming.

However, teams can fit new clutches under parc ferme regulations, but only if they can show data that indicates excessive wear.

They then have to hand the original clutch to the FIA for examination, in effect to prove that the change was necessary.

Another issue is the underside plank, which teams routinely change before qualifying on Saturday in order to reduce the risk of earning a penalty for excessive wear. 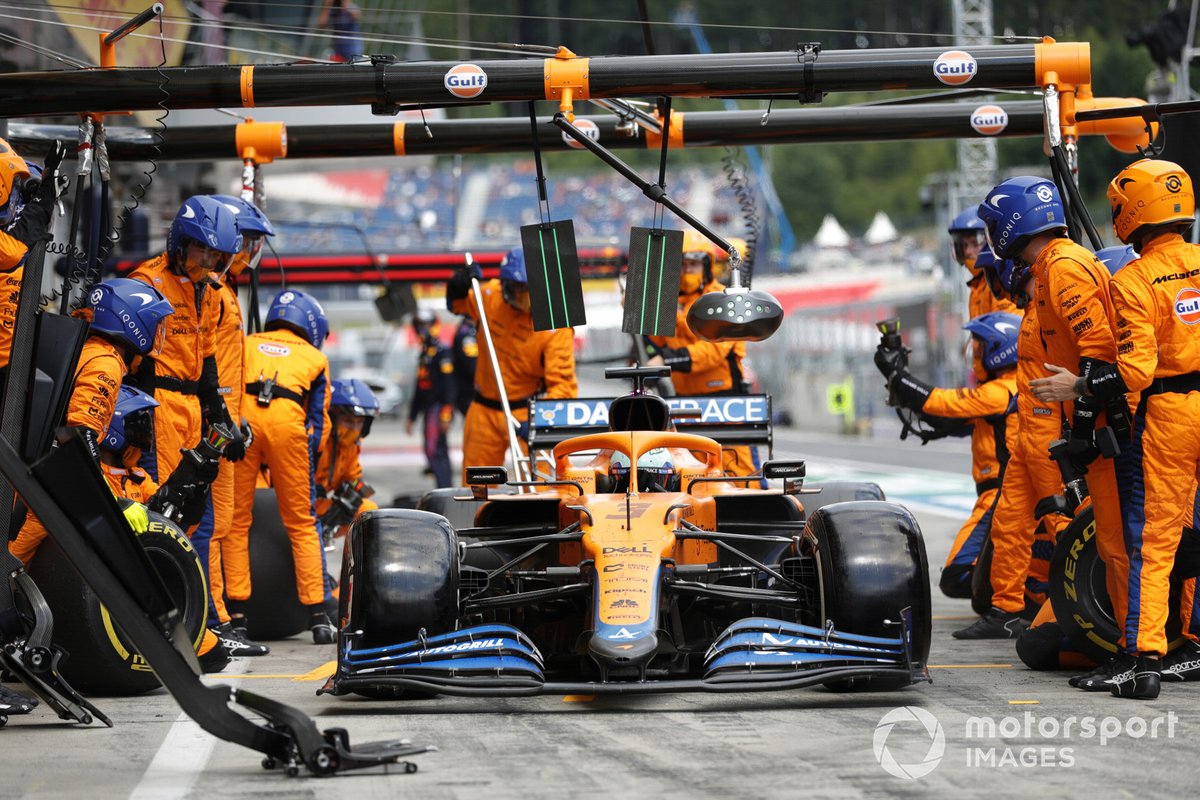 That job also cannot currently be conducted after the start of qualifying, which will mean Friday lunchtime on a sprint weekend.

However, the outcome of today's discussion was that they cannot be changed.

Speaking before the meeting, F1 managing director Ross Brawn was adamant that any debate today about such details would not derail the plans for the first sprint weekend at Silverstone.

"The rules are pretty definitive," he said.

"I mean, the issue of clutches was mentioned in the early days, but I must say it's been fairly quiet lately.

"So I was intrigued to see it mentioned again, and I think we will talk about that [on Thursday], but the rules have been well defined.

"And the original agenda was a few little details, like how many sets of wets do we get back to Pirelli? And very, very minor details. So there was nothing fundamental.

"And to be clear, if nothing's agreed [in Thursday's meeting], it still goes ahead. There's a set of rules which have gone through the World Motor Sport Council.

"And any little details can be adjustments to that. But the approval process has happened. So there's nothing gonna stop this now."