Valtteri Bottas beat George Russell in qualifying for the Sakhir Grand Prix in Bahrain, but only by 0.026s as Mercedes' temporary Formula 1 line-up battled for pole

With Bahrain GP polesitter and race winner Lewis Hamilton absent after his positive COVID-19 test last week, the story of qualifying was whether Russell could beat Bottas to pole or suffer the first qualifying defeat to a team-mate in his short F1 career so far.

After the duo had been the only drivers to get through Q2 on the medium tyres, which they will use at the start of Sunday's race, Mercedes unusually opted to give them three runs in Q3.

Their first flying efforts were completed on used tyres, which meant they initially sat behind Max Verstappen and Charles Leclerc on the leaderboard.

But the Black Arrows went again during the middle phase of the final segment of the session, with Bottas leading the way and blitzing to a 53.377s, with Russell 0.142s adrift.

On their final runs in the final minute, Bottas could not improve his time but held on to pole as Williams regular Russell could only close to 0.026s in what was the first time he had competed in a Q3 session. 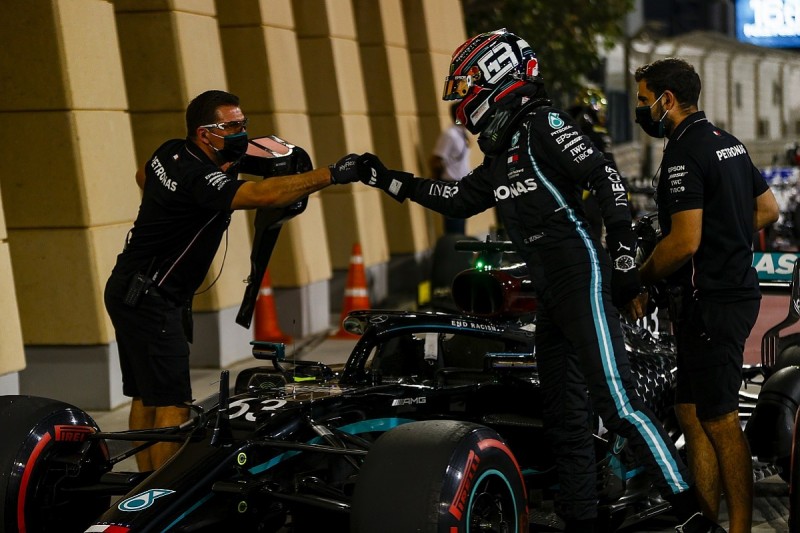 Verstappen, who went into qualifying with some hope having topped FP3 and had attempted to get through Q2 on the mediums before later going faster on the softs, finished third, with Leclerc hanging on to fourth despite getting out of his car after his run at the start of Q3 had finished.

The Ferrari driver only had one set of new softs available and therefore did not go back on to the track, but his 53.613s was enough to stay ahead of Sergio Perez in the Racing Point.

Esteban Ocon was shuffled out as a flurry of fast times once he had passed the chequered flag knocked him out in 11th at the end of Q2, with Alex Albon out in 12th - missing Q3 for the third time in 2020.

Sebastian Vettel had attempted to get through on the mediums during the early Q2 running, as did his team-mate Charles Leclerc, but the four-time world champion could not improve enough after switching to the softs for the final runs.

That left Vettel P13, ahead of Antonio Giovinazzi, while Lando Norris was the lowest driver eliminated in Q2 as he finished 15th. 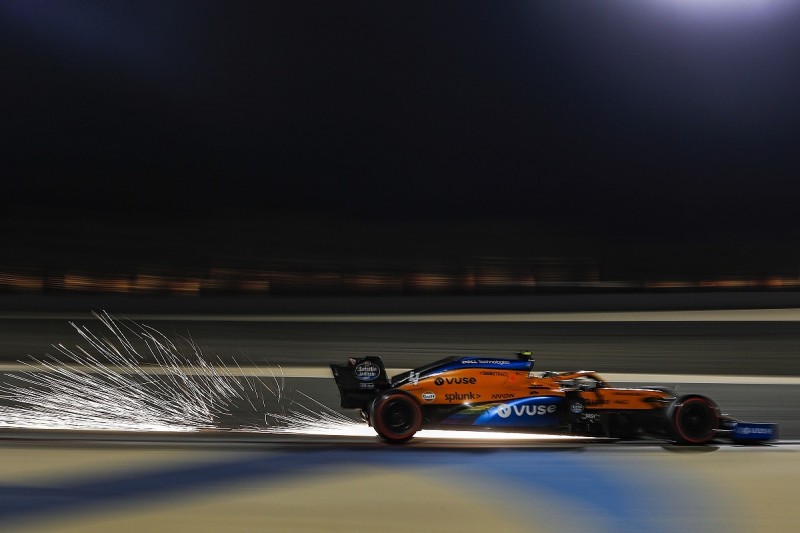 The McLaren driver had run at the head of the pack for the final run, but abandoned his first attempt at last flying lap before going again in the dying seconds - a lap he also completed well off the pace, later saying on the team radio "sorry guys, we went too early".

In Q1, Kevin Magnussen was knocked out in P16, with Albon just scrapping through ahead in 15th as Red Bull kept him in the pits for the final minutes of the opening segment.

The Williams pair of Nicholas Latifi and Jack Aitken came next, with Latifi ahead - but only after his new team-mate had led the way in the first three runs in Q1 before the Canadian was able to steal ahead by nearly a tenth.

F1's most experienced driver, Kimi Raikkonen, ended up sandwiched between F1's two newest drivers as the Alfa Romeo racer could only manage P19, with Romain Grosjean stand-in Pietro Fittipaldi bringing up the rear of the field in 20th for Haas.