F1 News: Hulkenberg only wants an F1 return that "excites me"

Nico Hulkenberg says that returning to Formula 1 remains his current career goal, but only with an opportunity that "excites" him and allows him to be competitive

Hulkenberg lost his F1 seat at the end of last year after almost a decade on the grid when Renault opted to sign Esteban Ocon for the 2020 season to partner Daniel Ricciardo.

After missing out on seats at Haas and Alfa Romeo, Hulkenberg ruled out a return to Williams, leaving him without a drive for 2020.

Hulkenberg said that while he had enjoyed some disconnect from F1 over the winter and through pre-season testing, making a comeback remained his primary goal.

"I'm very much up for it. That's still my goal, my aim," Hulkenberg said in an interview with CNN.

"But at the moment it's obviously really tricky to say. A lot of factors are in there, and everything is kind of upside down anyway.

"But I'm staying in connection and in contact with people. It's still kind of a bit early, but if there's a chance, I will definitely grab it.

"If it's a good opportunity and something that really excites me and gets me going, then definitely I will push for that." 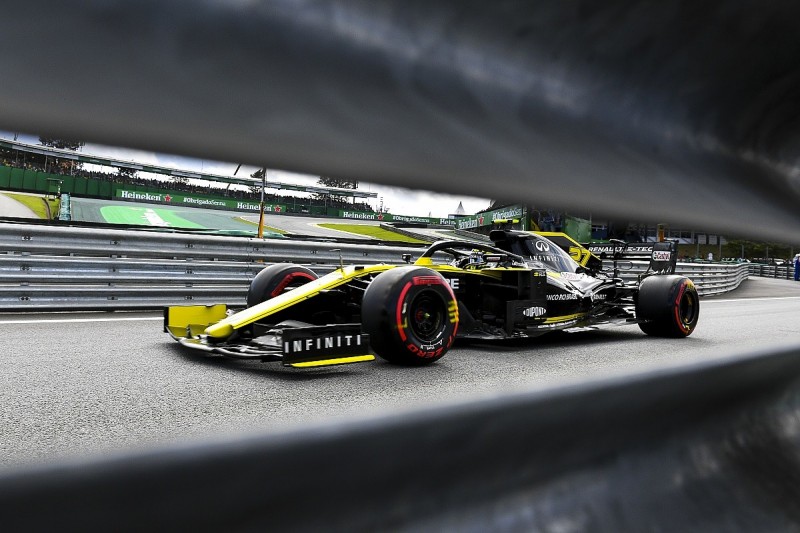 A return to Williams for 2020 proved unappealing to Hulkenberg given the team's lack of competitiveness, with the German saying last year he was "not the right driver" for the British outfit.

Hulkenberg scored his sole F1 pole position during his debut season with Williams in 2010, but failed to record a single podium finish across 177 starts - an F1 record.

Hulkenberg said if he were to return, it would need to be with "a decent car that gives you a good opportunity to compete".

"I'm not saying obviously for victory, but at least that something you could work with, a car and a weapon that allows you to at least go for a top 10," Hulkenberg said.

"I miss it, working with your team, with your guys, beating the others, sometimes more than other times.

F1 News: No financial "candy" to be handed out to teams, says F1 boss Carey