Lewis Hamilton finished fifth - behind Ricciardo after failing to set a time on the first lap on his final run on the soft tyres, with Max Verstappen sixth and setting his best time on the mediums.

The opening stages of the one-hour session featured very little running once six cars had taken to the track to complete installation laps.

Sainz appeared after 15 minutes to conduct a solitary run on the medium tyres, establishing the P1 benchmark at 1m27.875s, which he then lowered to a 1m21.502s.

The rest of the field appeared a few minutes later, with Ricciardo enjoying a brief spell in first place before the Mercedes drivers swept to the head of the times on their first run on the softs.

After a quick tour through the pits the pair went for another flying run, with Bottas retaking first place on a 1m20.622s, which was then beaten by Verstappen's effort of 1m20.456s on the mediums. 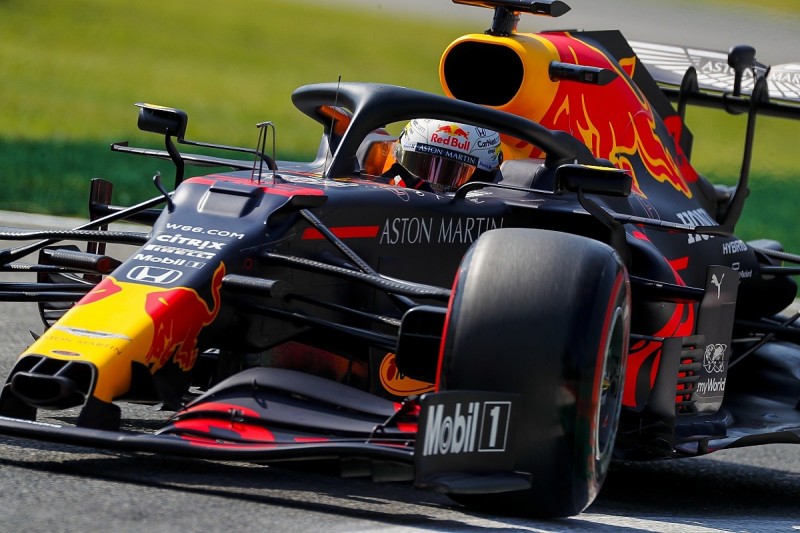 That time stood as the Red Bull drivers best for the rest of the session, which was disrupted after another lull in activity as the drivers returned to the pits to make final adjustments for their final runs.

The Mercedes pair returned on new softs - split apart on the track and not practicing the tow that will be all-important for many teams in qualifying.

Bottas's best lap of the session got off to a slow start in the first sector, but he gained all around the rest of the lap to retake first with a 1m20.089s.

But he appeared to run perilously close to running fully off the track at the exit of the Parabolica - where a number of drivers, particularly Alex Albon, lost times again as the FIA is strictly policing track limits at this point - although Bottas's time was not deleted.

Hamilton abandoned the first lap of his final run after a getting a costly snap of oversteer at the exit of the first chicane, and when he went again on the next tour he wound up 0.350s adrift of Bottas.

This left a gap to the top spot that was filled first by Norris, who popped in a time just 0.323s behind Bottas, before Ricciardo also demoted Hamilton.

But the Renault driver then lost drive approaching the first Lesmo with a suspected fuel pump failure and pulled to the side of the track on the inside and the red flags were deployed with nine minutes of the session remaining. 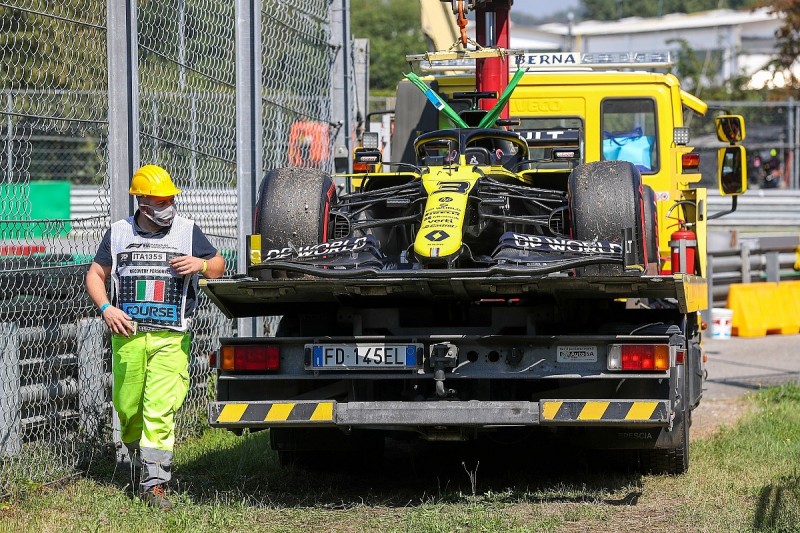 It got back underway for one final three-minute blast, where Sainz slotted into second as the biggest gainer late-on, finishing 0.229s adrift of Bottas.

Albon had his final time deleted for track limits at the final corner and he ended up seventh ahead of Esteban Ocon.

Lance Stroll and Sergio Perez rounded out the top 10 for Racing Point, while the Ferraris finished 11th and 15th for Charles Leclerc and Sebastian Vettel.

The session featured plenty of backing up on the straight approaching the final corner, which the FIA is hoping will be avoided in qualifying with the application of a minimum lap time of 1m43s when not on a push lap.

Nevertheless, the tactic took place at several points, with Hamilton having to put his right-side wheels on the grass as he nipped by at high speed before pitting late on, with cars running side-by-side as they tried to find a gap to get the critical tow for the flying efforts.