Fresh from the Red Bull Ring double-header that started the reshaped 2020 Formula 1 season, here's how to watch qualifying for the Hungarian Grand Prix this weekend

After the dramatic pair of races in Spielberg, F1 moves on to Budapest this weekend to complete the first mini-leg of the season with a third race in as many weeks.

Mercedes remains hot favourite to claim pole position at the Hungaroring, after Valtteri Bottas and Lewis Hamilton took a pole position apiece in the Austrian races.

Mercedes dominated the first practice session at the Hungarian circuit in the dry, with Hamilton ahead of Bottas, before a rain-hit FP2 curtailed running. Sebastian Vettel topped the afternoon session for Ferrari ahead of Bottas while Hamilton did not produce a timed lap.

In both Austrian races Red Bull was Mercedes' closest rival, with Max Verstappen losing out to Bottas late on in the second race, allowing the German manufacturer to take a 1-2.

But in the dry FP1, Racing Point was the only team within a second of the pace of Mercedes, with Sergio Perez slotting into third place ahead of team-mate Lance Stroll.

It heaps extra focus on the Silverstone-based team amid Renault's protest against the squad after the Styrian GP, while its future driver line-up dominated headlines on Thursday with Vettel linked with a move for 2021 having been axed by Ferrari. 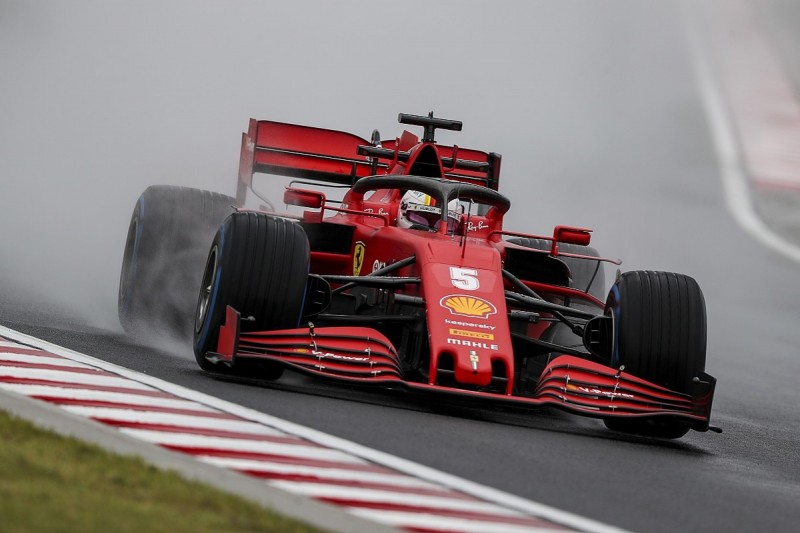 What time does qualifying for the Hungarian Grand Prix start?

In the United Kingdom, every F1 practice, qualifying and race is broadcast live on Sky Sports F1. Channel 4 is broadcasting highlights of qualifying on Saturday starting at 6:30pm BST. Autosport will be running a live text coverage of qualifying.

Heavy rain is forecast throughout Saturday morning in Budapest but the rain is expected to relent in time for qualifying. Temperatures are expected to see highs of 20 degrees Celsius, which is likely provide similar conditions to what FP2 was held in.