After Red Bull altered Verstappen’s set-up following his third-place result in FP1, the championship leader edged out Bottas, the first practice pace-setter, as the Finn did not find time when running the soft tyres compared to the best of his early laps on the mediums.

When Friday’s second one-hour practice got underway, Williams driver George Russell set the P1 benchmark at 1m37.201s on the medium tyres, as he made his first appearance of the weekend after Roy Nissany ran his car in FP1.

Russell was quickly demoted as the pack set their initial laps, with Alfa Romeo’s Antonio Giovinazzi taking over in first place with a 1m35.522s – also on the mediums – after five minutes had passed.

Just a few moments later, Bottas shot to the top of the times with a very competitive 1m32.880s on the yellow-walled rubber, with that time standing as the fastest time for the next 30 minutes.

Hamilton and Verstappen slotted in behind Bottas during the early stages, their best laps on the mediums putting them 0.4s and one-second down respectively.

Verstappen also lost a piece of his front wing when he ran over the large yellow kerbs at the exit of the Turn 2 fast right, which was recovered by a marshal running onto the track under the virtual safety car, as Red Bull informed race director Michael Masi it was running low on such carbon parts.

After 20 minutes, Bottas appeared on the softs for the first time, but, despite going fastest of all at that stage in the first sector, he faded as the lap went on and wound up setting a time that was 0.338s slower than his leading time on the mediums. 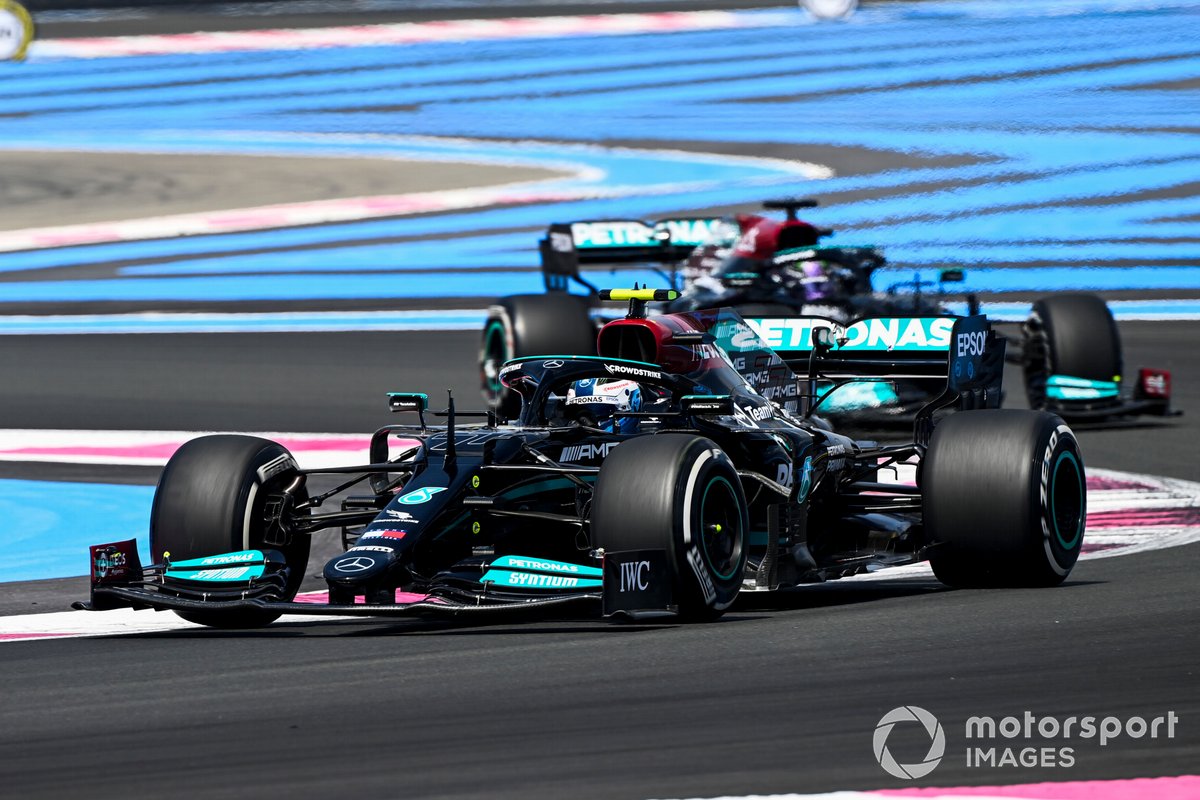 Hamilton did then set his best time of FP2 on the softs, but it still left him 0.245s slower than Bottas, as the world champion soon stating: “there’s something not right with the car”.

Just past the halfway point, Verstappen moved to conduct a qualifying simulation run on the softs, and he set the fastest time in the first sector.

He shipped a bit of time to Bottas in the second sector, which mostly comprises the Mistral Straight, but was able to keep enough life in the softs to set a purple third sector and go quickest with a 1m32.872s.

That put him top by just 0.008s, with Hamilton 0.253s adrift of Verstappen in third, after which the field switched the long-run data gathering in race preparation mode.

Fernando Alonso took fourth for Alpine, ahead of Charles Leclerc and home hero Esteban Ocon in the second Alpine.

F1’s other Frenchman, Pierre Gasly, finished just behind his compatriot in seventh, with Carlos Sainz Jr eighth for Ferrari.

Kimi Raikkonen and Lando Norris rounded out the top 10 for Alfa Romeo and McLaren.

Sergio Perez, the winner last time out in Baku, ended up down in P12, behind Giovinazzi in 11th, as he also initially did not go quicker after switching from the softs to the mediums.

Perez did eventually set his personal best time on the softs, but he still finished a second behind his team-mate’s session-topping lap time. 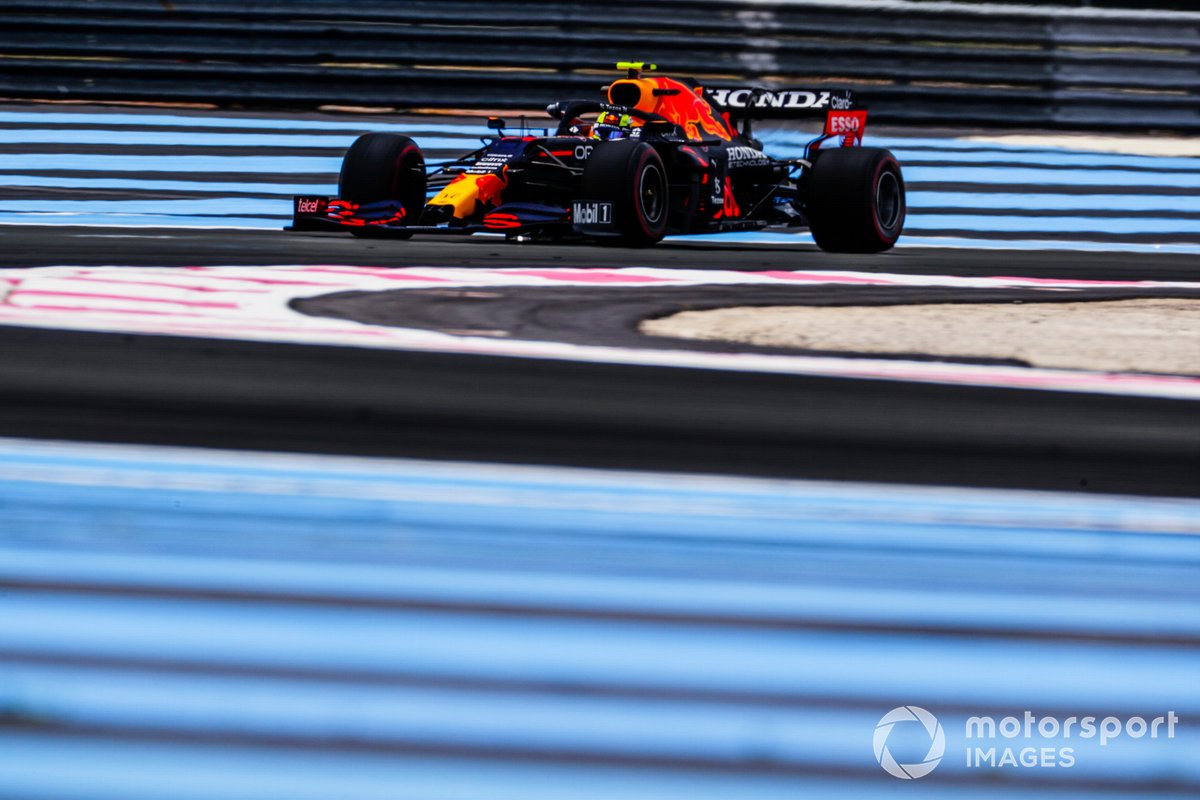 Daniel Ricciardo finished P14 in the second McLaren, ahead of Sebastian Vettel and Lance Stroll, with the Aston Martin pair also ending the session with their best times set on the mediums in the early stages.

Nikita Mazepin brought up the rear of the field for Haas, with the Russian spinning at slow speed as he turned onto the pit straight during the initial running, losing the rear in an identical manner as AlphaTauri’s Yuki Tsunoda (P13) did in FP1, as he had looked to begin a flying lap but instead had the car spinning as he put the power down and looping around.