Formula 1 managing director Ross Brawn expects floor stiffness to be a major topic heading into the 2022 season and says the FIA is monitoring the issue.

At the opening test of the season in Barcelona it was evident that teams could potentially benefit from having flexible edges to the floors of their cars.

When running at speed, the floor could in effect seal the gap to the road and act like the skirts on the original ground effect cars of the late seventies.

At the same time some teams – notably Mercedes – have explored ways of making their floors stiffer by using stays.

That was in part a response to the porpoising issue seen in Barcelona, which some attributed to floor deflection.

Teams are also struggling to make floors stiff enough to meet the FIA's flexing tests without adding too much weight.

Although the overall minimum weight limit has gone up considerably this year, most cars are understood to be significantly over it.

They have been obliged to make floors stronger by adding extra material to them, and stays are a way of meeting the FIA tests without adding further weight to the floor itself.

"I think floor stiffness will be a big topic for sure," Brawn said in an interview with F1 TV.

"It's always a big topic. And when you get a new set of regulations, the teams start to understand which areas are sensitive from a stiffness perspective.

"There's a very obvious one of rear wing stiffness, if you can keep your wing in the right position in medium speed corners, but it droops when you go down the straight, you lose drag, everyone knows that. 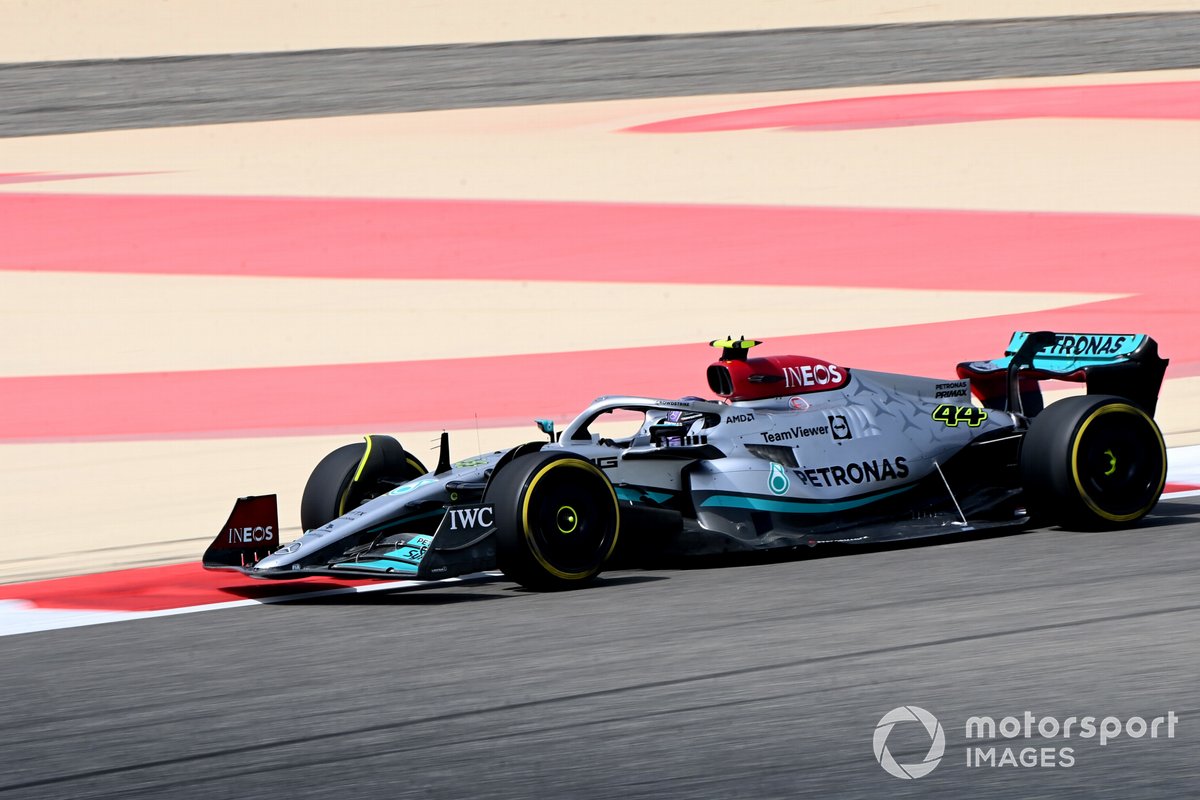 "But the sensitivity of these floors is still to be fully understood. I think the FIA are on top of it with load tests and stiffness tests, because nothing is infinitely stiff.

Brawn suggested that more teams will add stays by the Bahrain GP. They will be allowed by the FIA, but they will not be mandated as a way of ensuring compliance with the stiffness tests.

"I think what's going to be introduced before the race is a new strut on the floor to try and achieve stiffness," said Brawn.

"Because the teams that have been having porpoising issues, some of it is the challenge of keeping the floor stiff enough, they actually want the floor to be stiffer, because some of the porpoising is coming from the floor deflecting.

"And so that's another element they've got to deal with."

Regarding the struggle of the teams to save weight, he said: "What became clear is meeting the weight limit is going to be pretty challenging with these cars.

"There's a lot of new safety initiatives after the terrible accident in Spa a couple of years ago in F2, and the accident with Romain Grosjean, and one or two other things. So the weight limit, or the weight of the cars, increased."

What the F1 regulations says about Mercedes’ sidepod solution