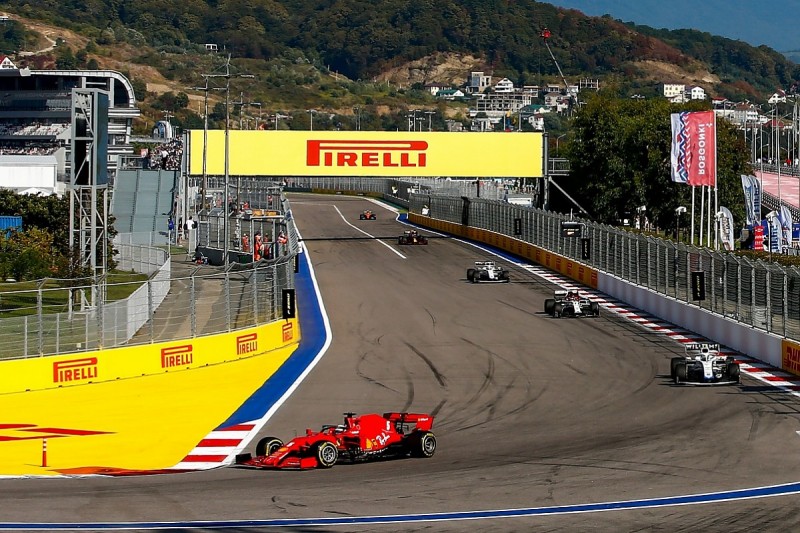 Drivers who went behind the apex kerbs were obliged to take an escape route created by a gap between the polystyrene blocks and the wall.

Those who failed to do so in qualifying had their lap time deleted - which had major ramifications for Lewis Hamilton's race strategy when Sebastian Vettel's Q2 crash brought out the red flags and forced him into using softs to reach Q3 - or had a five-second penalty added to their race time, although neither Daniel Ricciardo or Alexander Albon lost a position as a result.

Sainz ran straight on at the corner at the start and having misjudged his speed through the gap, the McLaren driver ran hard into the wall, saying later that it was a poor design that "shouldn't exist".

Williams driver George Russell, who followed Sainz through the gap but somehow avoided getting involved in his accident, agreed that the whole corner should be redesigned.

"Firstly, it's one of the worst corners of the calendar and secondly, for racing it's a terrible design," Russell said when asked for his thoughts on the corner by Autosport.

"I actually suggested this in a drivers' briefing earlier in the season, that we've got the room and the space to create almost a Bahrain-style Turn 1 and 2, almost a hairpin into a kink, which firstly will allow drivers to lunge one another into Turn 1 to get better racing and also avoid people having to cut the track. 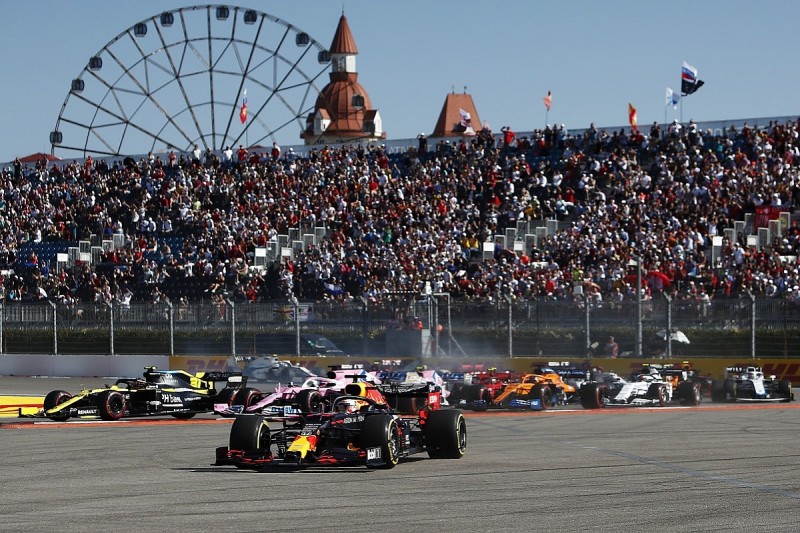 "Because when you go into a 90 degrees corner that actually tightens up on itself, when you're three or four abreast, obviously cars are going to get pushed off."

Ricciardo said he was not able to slow down enough to take the mandated route after running wide passing team-mate Esteban Ocon and labelled its geometry "weird".

"It's just the way it's shaped, it leaves you with hope until the very last minute, or that very last second," he said.

"And obviously, by the point you've committed, you can't really go back across, you'd lose probably more than five seconds.

"I guess there's that point of no return, and obviously I'd got to that and I just said, 'Alright, I'll just go and if I get a penalty, then obviously I'll suck it up'."

Ricciardo agreed with Russell that circuit organisers "could do something better with it in general" to improve overtaking prospects.

"Maybe a different shaped corner, less of such a short apex," he said.

"They've got quite a bit of room to play with, so we have talked about it in the past, and maybe that would also eliminate the issue that we're having with this cut through." 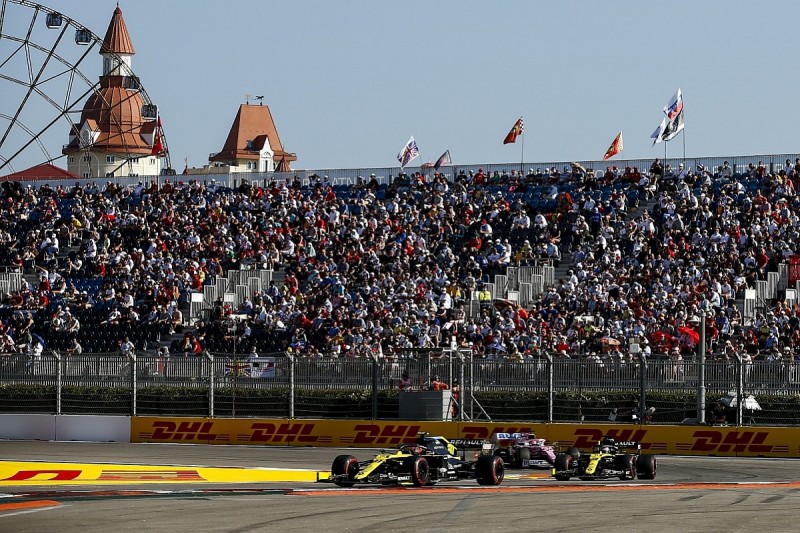 FIA race director Michael Masi admitted that the corner was not easy to deal with, but said it would "continue looking at it".

"Turn 2 has been one of those that's been a challenge in different ways each year," he said.

"You fix things in one way, and it has another impact. So we're trying to find the best solution. And I think we've found a reasonable solution.

Asked if gravel could be used to slow the cars down, he said it "is not a solution everywhere".

"With regards to speeds in run-offs, one of the things that obviously we've tried to achieve and aim to achieve is primarily that the rejoin in such circumstances is effectively funnelled in a way that it's as safe as possible," he said.

"Secondary is to slow cars down if possible within that area.

"However, the nature of Turn 2, because of literally the nature of the corner, it's very hard to find a one-size fits all solution. So we'll continue looking at it, and see what we can do."