The Toro Rosso driver is four penalty points away from a race ban after adding three to his tally for two separate incidents in the Abu Dhabi Grand Prix.

A race ban is triggered if a driver reaches 12 points in a 12-month period, a limit no one has yet reached since the system was introduced at the start of the 2014 season.

Verstappen accrued his first points in Monaco following his collision with Romain Grosjean and therefore faces five races next season before those points are wiped off.

"It's a shame, they shouldn't stop us from racing," Verstappen told Autosport.

"I can't change it now but definitely I have to be a bit more careful.

"I don't think that is what the fans want to see, that I have to back off when I want to overtake because I'm scared to touch someone.

"We have to maybe revise the system a bit but it's not up to me.

"Maybe they should do it in a different way rather than penalty points and eventually a race ban.

"They should come up with a fine or whatever. That is also painful but it's different than a race ban, because it's really bad for you career if you get a race ban."

Verstappen insists he will not be put off overtaking because of the ban, but concedes he will have to be more wary.

"Maybe when you want to try a risky move when maybe you're touching someone, I can't so it's a shame, but I will try to overtake people anyway."

Verstappen's overtaking ability caught the eye in 2015, and he picked up an award from the FIA for his pass on Felipe Nasr around the outside of Blanchimont in the Belgian GP. 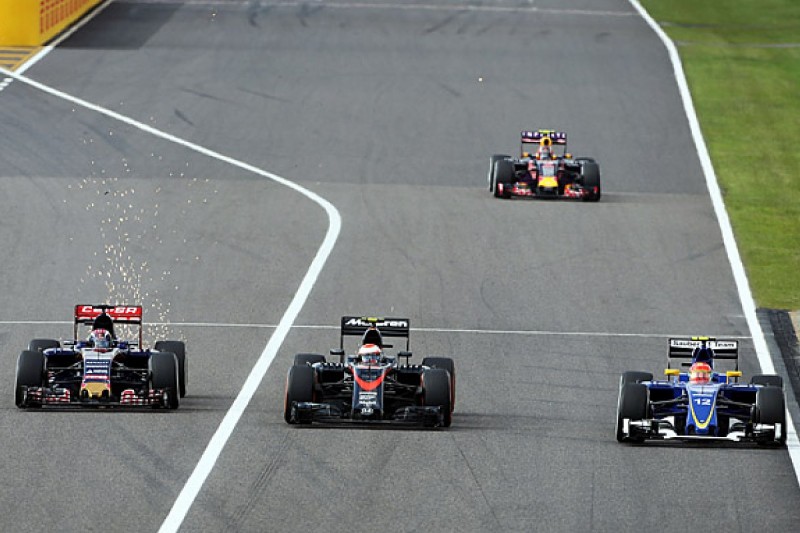 Sebastian Vettel is 'more Ferrari' than Fernando Alonso was in F1