The lots, generously donated by Formula 1 teams and individuals, will go under the hammer at the start of the automobilia section of the Silverstone Auctions sale to be held on Saturday July 21 at the Silverstone Classic event, where Henry was a regular presence.

He will also be remembered over the Silverstone weekend with an HHF Fever award, to be given to the drivers or team of drivers who most demonstrated Henry's favourite quality.

A board on which podium visitors can leave a message will also be present and Fever stickers will also be on sale.

Among the most exciting auction lots are four rare items - three postcards and a sticker - signed by Villeneuve (pictured below), a driver who generated plenty of the fever that Henry enjoyed so much. 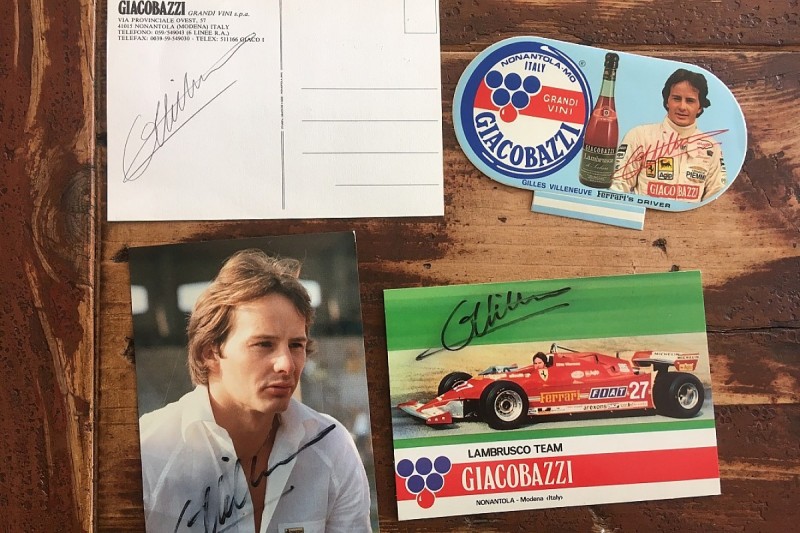 The items, which will be sold individually, have been donated by Jonathan Giacobazzi, whose family wine company sponsored the Canadian.

From the same source is a limited edition Luigi Villoresi postcard signed by famed coachbuilder Sergio Scagliati, one of the men behind the classic Ferrari 250 GTO.

No fewer than five sets of overalls have been donated by F1 teams, and the highlight is a set worn by Lewis Hamilton at the 2017 Russian Grand Prix, on his way to his fourth F1 world championship.

Also in the sale are Williams overalls in the special livery used by Felipe Massa at the 2016 Brazilian Grand Prix, plus a '17 Esteban Ocon set from Force India, and '18 Romain Grosjean overalls - with additional cap, boots and undershirt - from Haas.

McLaren has dug into its archive and donated a 1998 set of West overalls as used by David Coulthard, who won several races that year.

In addition to the Coulthard overalls, McLaren has donated a special lot in the form of a guided tour of the McLaren Technology Centre in Woking for six people.

From Red Bull there's a Max Verstappen Nomex undershirt, and from Renault a two-volume history of its F1 involvement signed by Alain Prost and current drivers Carlos Sainz and Nico Hulkenberg.

Henry's interest in motor sport extended to bikes, and that's reflected by the sale of not one but two copies of the MotoGP book Racing Together: 1949-2016.

A set of Brendon Hartley overalls from Toro Rosso are to be sold online at a later date.

The auction starts at 11am GMT on July 21. More information can be found here.