The defending champion and his nearest points challenger Leclerc will start the race at Spa from towards the back of the grid owing to penalties for engine component changes.

But the Red Bull driver appeared to have comfortably the upper hand ahead of the first round after the summer break as he was the only driver to break into the 1m45s lap times.

He headed Leclerc and McLaren’s Lando Norris, while a glory run for Aston Martin racer Lance Stroll bolted him to fourth ahead of Carlos Sainz and Mercedes’ Lewis Hamilton.

For the second hour-long practice run of the weekend, Verstappen came to the fore in the middle 20-minute block during his qualifying simulation to set the session benchmark.

With FP1 pacesetter Sainz just having ran fastest round the 4.35-mile lap on soft tyres, Verstappen bolted to the top of the times on the same red-walled Pirelli rubber.

The Dutch driver posted a 1m45.507s flier to sit a mighty 0.0862s over Leclerc’s one-lap simulation, albeit with fuel loads and engine modes potentially masking the actual gap. 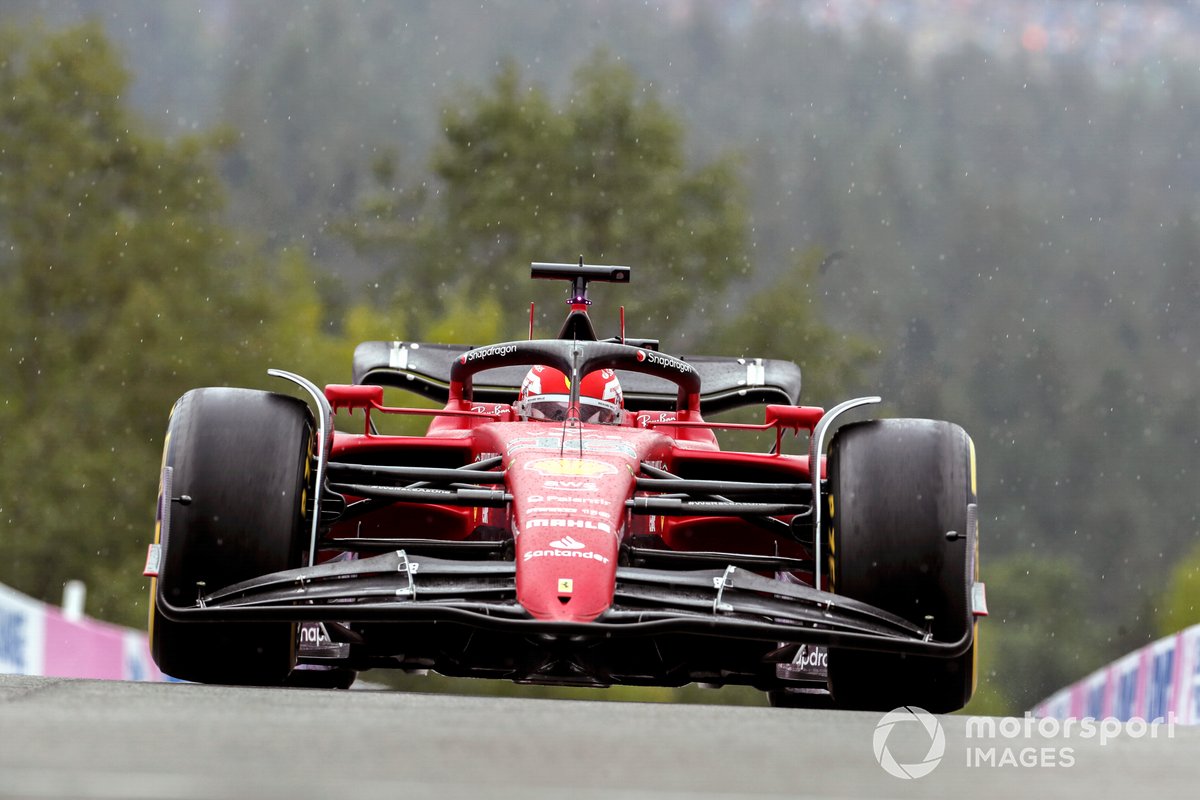 Leclerc’s session best of 1m46.369s sufficed for second ahead of Norris, Sainz and Hamilton, while soon-to-be-departing Alpine driver Fernando Alonso split the Mercedes pair in seventh.

It had also been Verstappen to set the pace in the first third of the session, with the Red Bull RB18 driver ending the opening gambit clear of Sainz by 0.5s courtesy of a 1m46.850s.

With damp patches initially, only Mick Schumacher and Daniel Ricciardo kicked off proceedings on softs as the rest of the grid were split between mediums and hards,

Only Norris had not ventured out after five minutes, by which time Sainz had set the first representative lap with a 1m48.818s before Verstappen cycled to the top on 1m47.699s.

With Sergio Perez climbing to third, the top three runners were on the medium compound.

Leclerc was able to run fastest after missing the apex at Les Combes before Ferrari stablemate Sainz dropped to a 1m47.39s despite massively running wide through the gravel at the second part of the Les Fagnes chicane. 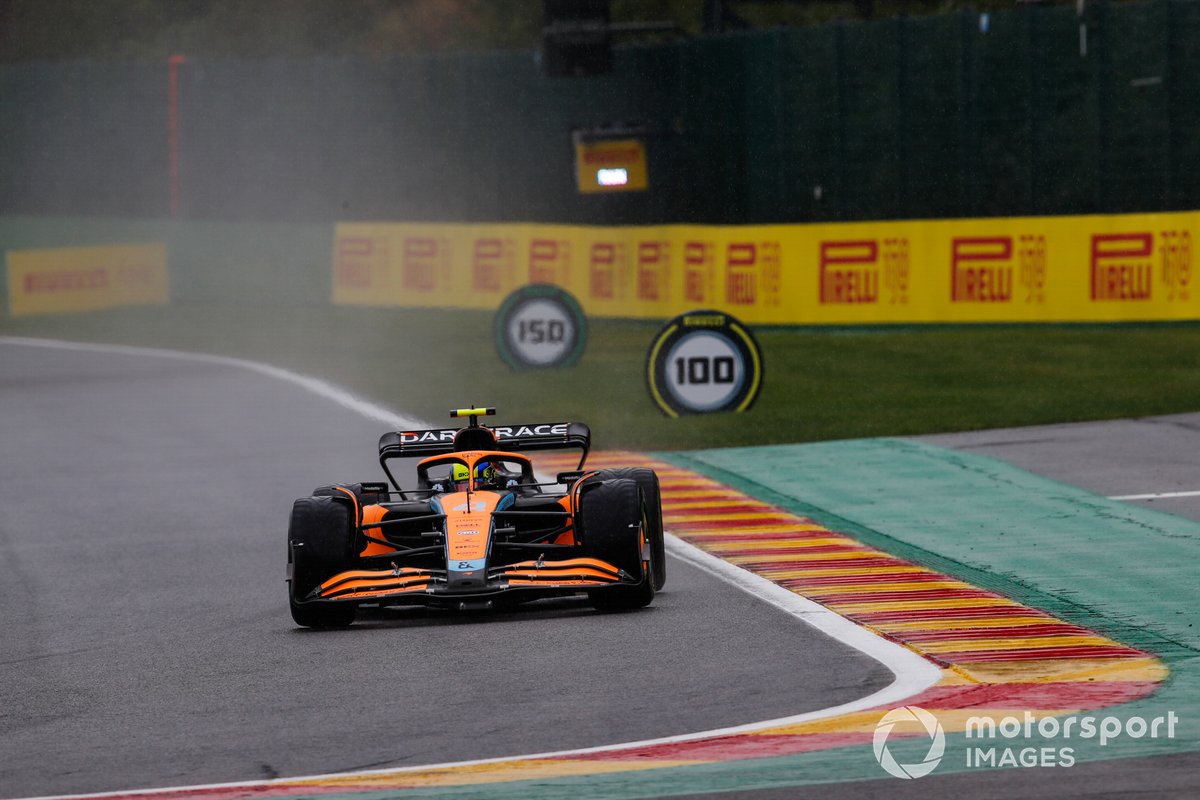 This came as Verstappen tried to shed a tear-off that had become lodged in his rear suspension, but once it was freed, he dived into the high 1m46s after 10 minutes.

Following the qualifying runs, the final part of the session, usually dedicated to race tyre simulations, was disrupted by drizzle - albeit only with 3mins to go did anyone (Vettel) attempt wet tyres.

The slippery conditions resulted in plenty of errors. Pierre Gasly, who vacated his AlphaTauri in FP1 for F2 driver Liam Lawson, suffered a rear end snap to run off through the Turn 8 long hairpin.

The French driver kept it rolling to rejoin before Sainz did similar at the next corner and Kevin Magnussen ran off at Les Combes.

Hamilton, who had struggled with the now customary Mercedes tyre warm-up issues to lock up into La Source, was then busy correcting a scary-looking snap through Eau Rouge.

Norris then went off the track at Les Combes and Schumacher took to the gravel shortly after so with six minutes to go the entire field thought better of it and headed for the pits.

There was a late flurry in the final minute - Yuki Tsunoda, Bottas and Schumacher on intermediates, Stroll on wets and the others on slicks.

With conditions preventing any late changes, behind Russell in eighth was Ricciardo - the Australian in search of a new seat for 2023 with McLaren paying him out the remainder of his contract.

Perez, meanwhile, was a subdued 10th ahead of Williams’ Alex Albon and Zhou Guaynu.

Tsunoda led Gasly ahead of Vettel, Esteban Ocon and Kevin Magnussen - the Dane having caused a red flag in FP1 when his Haas suffered an electrical fault and was immobilised on track.