Max Verstappen has revealed an engine cut-out cost him a shot at beating Lewis Hamilton to Singapore Grand Prix pole, after what he believes was his best Formula 1 qualifying

The Dutchman had battled engine problems throughout practice and qualifying and was running with his Renault unit detuned for qualifying, but managed to pull everything together in Q3 to end the first run three tenths down on Hamilton.

He managed to go even quicker early on his second run and looked to have a shot at pole after sector two, but then Verstappen's engine cut out and he was forced to abandon his run.

The Red Bull driver said ending up on the front row was "totally unexpected" given the problems he had faced.

"In FP3 just so many problems. Going into false neutral, the car was stopping on track. While driving on my fast laps it was just bogging down, and qualifying was exactly the same story.

"We had to detune the engine and lost a bit of time there to try to make the driveability better, but it still didn't work like it should do.

"Going into Q3 I felt the car was working really well and didn't have anything to complain about, so when I saw second on the board I was actually quite surprised given the problems I had.

"On my final run, I tried to push a bit more and I was another two tenths up. Then I arrived to [Turn] 16/17 and when I had to short shift again the engine just cut out, so I had to abort." 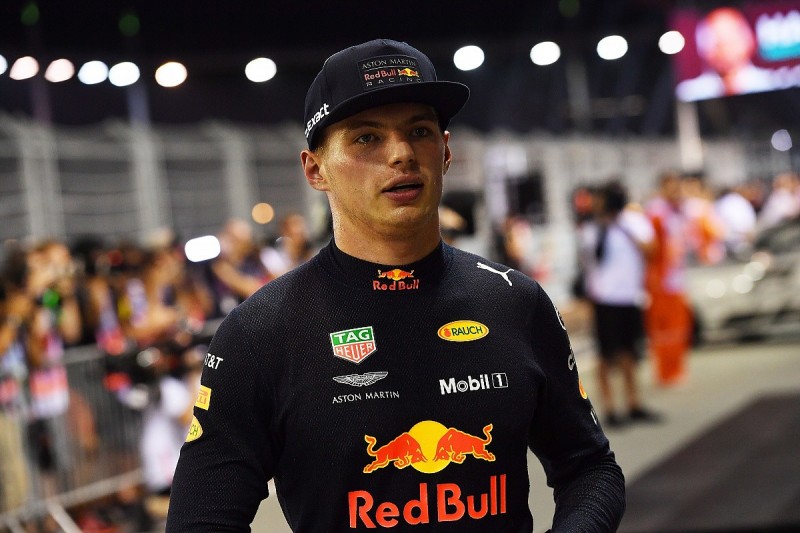 Although Verstappen does not know if the lap would have been good enough to snatch pole, he has no doubts he would have gone quicker than his first run.

"I am already surprised to be second with all the issues I am having.

"The only thing I can say is it was a great qualifying, I think the best I have ever done and also the car was working really well. Definitely that put us second today."

Despite the ongoing engine problems, Verstappen does not believe the troubles will carry over in to the race - when the engine runs with different settings.

"Normally in the race you have to turn down the power," he said. "It is just when you go to the limit of the engine where we seem to struggle somehow this weekend with it, with driveabilty and torque mapping and stuff.

"For example yesterday in long runs I didn't have a problem, and if it breaks it breaks, you cannot really change that. We will find out tomorrow."