A tyre failure with four laps to go caused Verstappen to spin out at one of the fastest points on the circuit on the main straight, crashing into the wall and leaving debris strewn across the track.

The incident ultimately led to the race being suspended so the track could be cleared under a red flag, following the use of double-waved yellow flags and a safety car.

But the safety car had not been deployed by the time most of the drivers had passed through the crash site, prompting Ferrari to inform Leclerc via team radio that he was still racing for position after passing the yellow flags.

"That's a joke, that's a joke," replied Leclerc. "Safety car straight away, what are they waiting for?" 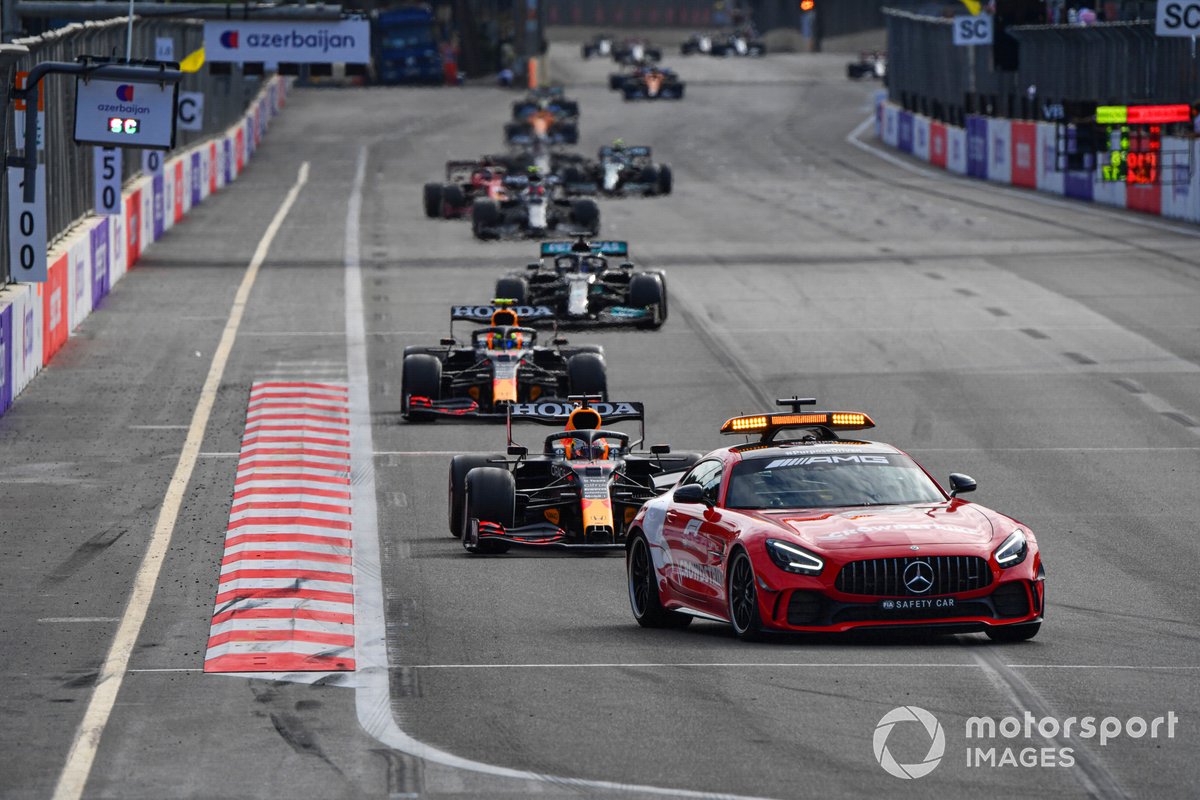 The safety car was eventually deployed, but Leclerc explained after the race that he was still uncertain why it took race control so long to neutralise the race.

"I was just surprised there was not a safety car earlier, that's why I raised my concerns on the radio," Leclerc said when asked by Autosport about his message.

"Because for me, it was clear I would stop pushing with a crash like this. It's in the middle of a straight, so it's quite dangerous.

"It just took longer than what I expected, that's it. But I think all the drivers have been surprised the same way."

Leclerc added that he would "definitely bring up" at the next drivers' briefing with FIA race director Michael Masi "to understand why it took a bit longer than normal."

Leclerc's Ferrari teammate Sainz was also concerned by the delay.

"Normally when there is such a big accident, first there is a double yellow, and then straightaway seconds after there is a safety car," he said.

"Today, it took, I think it was 30 seconds, one minute, for the safety car to be deployed, and we had to go through a very heavy accident in only yellow flag conditions."

GPDA director Vettel also felt the safety car had taken longer than usual to be deployed.

"I was wondering a little bit why it took so long when Max had the shunt, for the safety car to come out," Vettel said.

"It was quite clear that he was standing in the middle of the track and it took a little bit long but we will see. We will find out why."

The drivers are next due to meet with Masi in just under two weeks' time after Friday practice for the French Grand Prix at Paul Ricard.