Do Caterham and Marussia's problems mean Formula 1 is in crisis?

With the Caterham and Marussia teams recently going into administration, the Formula 1 grid will be down to 18 cars for this weekend's United States Grand Prix

It paints a worrying picture for the sport in the closing stages of the 2014 season, but how much cause for concern is there? AUTOSPORT's team of F1 journalists have their say.

DOES THE FACT THAT THE F1 GRID WILL BE MISSING TWO TEAMS AT AUSTIN MEAN THAT F1 IS IN CRISIS?

JONATHAN NOBLE (@NobleF1): No, not yet. The absence of Caterham and Marussia will be a big talking point at Austin but we do not yet know if the teams will make it back onto the grid either later this season or in 2015.

However, if the sport's chiefs do not sit up and realise just how on the edge of the cliff grand prix racing is right now, then it could well be heading for a crisis.

To have one team go into administration could be put down to circumstance, but two in the same week is a sign of something intrinsically wrong with the system.

F1's costs are too high and the way revenue is distributed across teams is not equal enough - that's what has triggered this flashpoint.

The danger is that if there is no way back for Caterham and Marussia, then it could snowball into problems further up the grid: and if F1 loses one or two more teams it is then in real trouble.

EDD STRAW (@eddstrawF1): F1 is certainly facing a financial crisis but frankly the situation at Caterham is more about mismanagement than anything fundamental to F1. 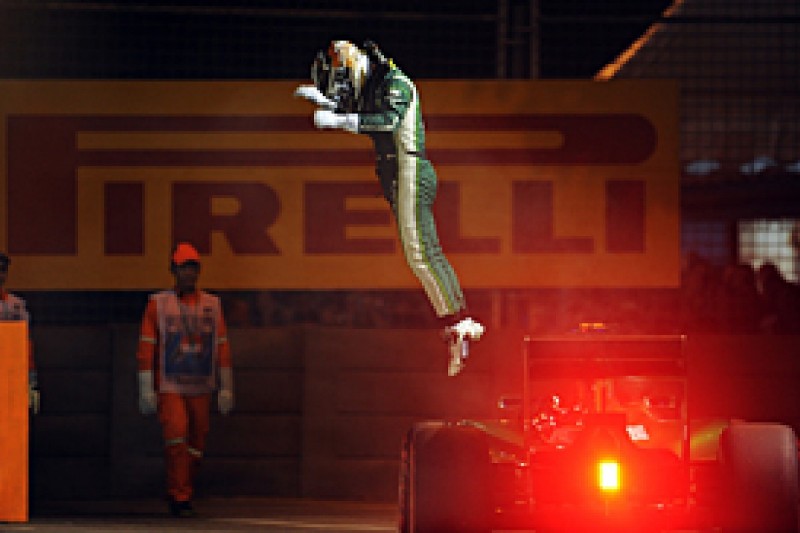 That team has been in a mess all season and the wranglings over ownership just serves to underline that.

Yes, if the team was pulling in more money in the first place that situation might not have arisen, but Caterham's troubles are tangential to F1's wider financial problems.

Marussia is more of a worry. It is a well-run team and has achieved a lot this year. That it's so close to a financial windfall thanks to finishing in the top 10 of the constructors' championship for a second successive year and yet is still in this situation tells you how ridiculous the FOM money payment structure is.

But the fate of the two teams at the back does not change the outlook for F1 one bit. The effects of financial problems that struck years ago are now starting to be felt and it's too late to prevent damage being done.

BEN ANDERSON (@BenAndersonAuto): No one wants to see teams fall off the grid, but we have to be careful before declaring the crises at Caterham and Marussia a crisis for the sport.

These teams entered F1 in 2010 under the flimsy pretext of a budget cap that never came to be. They were thus always likely to struggle financially relative to their opposition, and in many ways it's amazing they've both lasted this long without running into serious trouble.

Losing them is unlikely to impact massively on the spectacle, beyond simply having four fewer cars on the track.

But their struggles will rightly re-focus the debate on escalating costs in F1, which have ramped up significantly during a period of global financial difficulty.

I think the real crisis will come if this starts a domino effect and we lose any of the remaining (better-established) teams.

IS THE PROSPECT OF TEAMS RUNNING THIRD CARS IN THE FUTURE BECOMING AN INEVITABILITY?

JONATHAN NOBLE: Regulatory wise, yes. For if grid numbers fall below 20, then there are rules in place that means teams - starting off with Ferrari, Red Bull and McLaren - will be asked to supply a third car.

But what may have sounded like an easy fallback solution when the regulations were framed has become much more complicated now that it is close to reality.

Who funds the extra car? Which driver is allowed to race it? What impact will it have on smaller teams?

F1's big teams ultimately accept that third cars are only really a short-term solution. They will not provide the answer for the costs crisis that the sport is facing.

EDD STRAW: While not inevitable, it's certainly becoming more and more likely. And that is the direction that some appear to want the sport to go in. 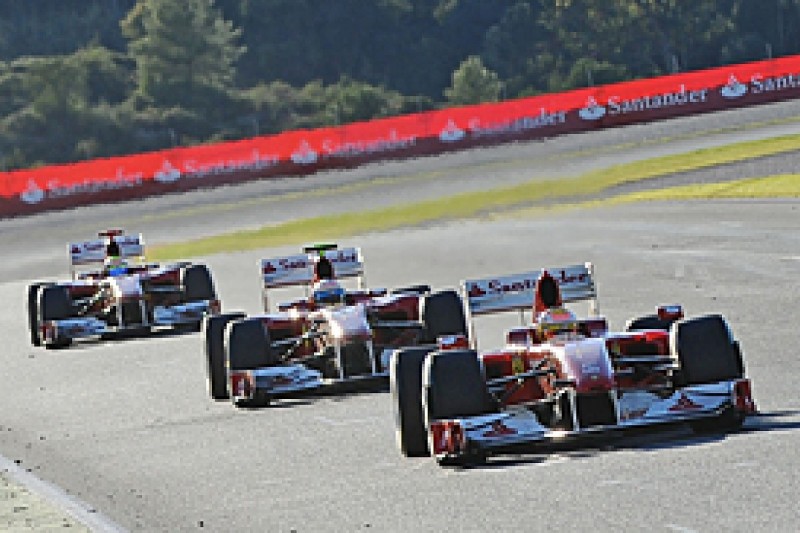 The concern is that having to run an extra car could have unwelcome knock-on effects. Running cars costs money and teams would need more people to run them.

That will increase the financial burden, which could only partly be clawed back by the commercial benefits of an extra car.

So while it might seem a good way to keep the grid numbers up and having extra frontrunning cars will generate some interest, it could just be creating yet more problems for the future.

It's far from the panacea some perceive it to be and smacks of a short-term fix.

Such solutions are perfectly valid, providing you are implementing long-term fixes in the background. But will that really happen?

BEN ANDERSON: On the face of it, top teams running an extra car each to help fill the grid seems like an exciting proposition.

The quality of machinery would definitely improve, and fans would have the chance to see more drivers racing competitively.

But there needs to be careful consideration given to the long-term consequences of this.

If third cars are not allowed to score points, surely that renders them a redundant part of the spectacle?

If they were allowed to score (or the points they could attain were not redistributed), F1 would run the risk of creating another two-tier grid from the remaining field.

Concentrating a larger number of cars into a smaller selection of teams is not a healthy long-term solution for any motorsport series, and F1 must avoid simply shifting the problems that have damaged Caterham and Marussia further up the grid.

WHAT NEEDS TO CHANGE IN FORMULA 1 TO PREVENT MORE TEAMS HITTING TROUBLE?

F1's big teams have grabbed most of the revenue, and it's partly understandable because their job is to survive and compete too. Grand prix racing should never be a charity.

But equally, the health of everyone benefits if there is a full grid of competitive machinery. What value does the world championship have if you are left racing four other teams and running four or five cars yourself? It is much better to beat nine or 10 other outfits.

EDD STRAW: While reducing costs in F1 is something that has been talked about a lot and which does need to be done, that doesn't automatically mean that minnow teams will be able to raise the requisite funding. 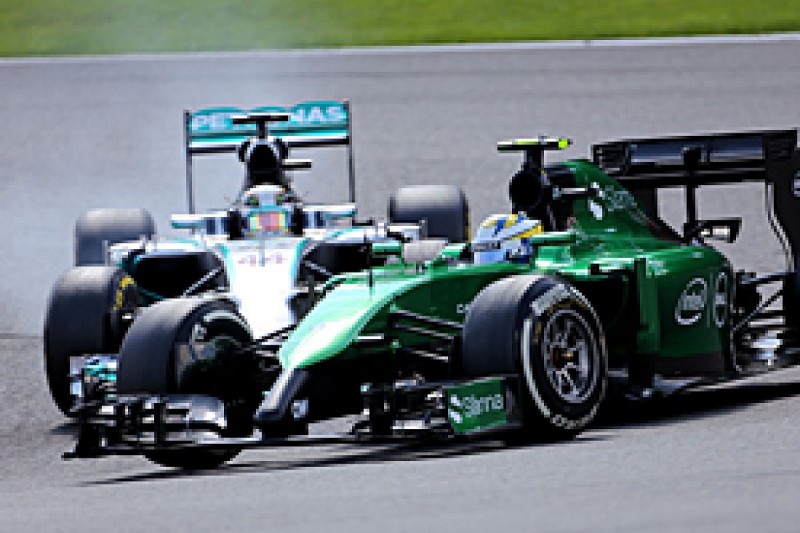 Grand prix racing is dependent on its teams to go racing. By ensuring that all of them, not just the elite few, get significant annual payments, you could easily ensure that the budget of a minnow team is covered.

If F1 wasn't pulling in the money, it would be a different story. It is making enough to do this, it's just that it's going to the wrong places.

But realistically, that won't change until the situation gets even worse. A distant financial crisis can be foolishly ignored, but with its effects now threatening the existence of teams, that will focus the minds of those involved in changing things for the better.

BEN ANDERSON: The debate over cost capping has rumbled on for a long time without resolution, so that seems like an unrealistic expectation, especially when F1 prides itself on being a cutting-edge technological exercise.

It also doesn't seem fair to try to squeeze more money out of TV companies and race promoters at a time of falling audiences and race attendance.

But F1 would surely benefit if its commercial rights income got distributed more equitably?

Having a system where big (or historic) teams with manufacturer backing are able to negotiate separate commercial deals with the sport's promoter only unfairly widens the chasm between the haves and the have-nots.

This creates more pressure on smaller outfits that don't have manufacturer support, aren't able to win as much prize money, or secure sponsorship deals to the same degree.