Daniel Ricciardo insists his switch into Red Bull's Formula 1 squad is not a done deal, and that in his eyes the second seat is still "up for grabs"

The Australian moved into prime position to partner Sebastian Vettel next year after talks between the team and Kimi Raikkonen came to an end earlier this week.

Despite his two rivals on a three-man shortlist therefore now out of contention, Ricciardo insists a switch into Red Bull is no formality.

"I'm not going to assume anything," Ricciardo said. "For me there is still a seat up for grabs.

"Obviously there is a bit of excitement around, [but there is] nothing further to say from what I knew in Budapest.

"I think I've learned that until something is signed, sealed and delivered nothing is ever concrete.

"There's still my team-mate Jean-Eric, who as far as I'm concerned isn't out of the picture, and a lot of other F1 drivers on the grid with pretty good credentials.

"Until something comes from that side [Red Bull], I'm not going to start celebrating or getting my hopes up." 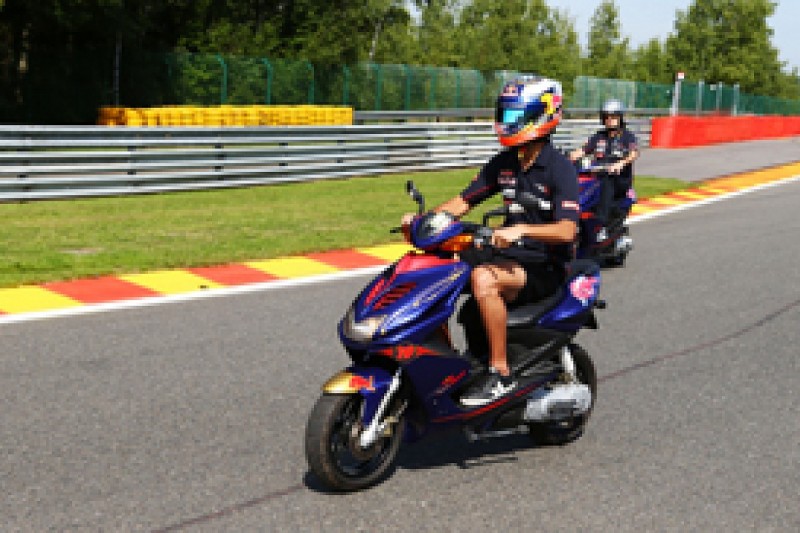 Asked whether he thought he had done enough to convince Red Bull of his worth, Ricciardo said: "They are constantly analysing, and obviously they have some good people watching us. I think they know the raw speed is there.

"We have had some really strong results, but obviously we'd love to put together better Sundays.

"I guess they are maybe giving it a bit more time to assess and make sure the person they put in the car next year is the right choice.