The RB13 has made big progress in recent races, and Max Verstappen added to his Malaysian Grand Prix victory with a dominant win in Mexico last time out.

But Red Bull is mindful that engine supplier Renault is facing reliability headaches - especially after Daniel Ricciardo was forced to retire with a brand new engine in Mexico.

When asked by Autosport if Red Bull now believed its car was strong enough to fight Mercedes and Ferrari on even terms for wins in the final two races, team boss Christian Horner said: "Yes. Subject to penalties.

"The last four races we have had the quickest car on a Sunday. Hopefully Brazil can be a good track for us and why not Abu Dhabi?

"It would be great to finish the season with at least one more victory."

Horner said that Ricciardo's exit from Mexico was especially frustrating because he had been given an engine change before the race to avoid the possibility of such a failure. 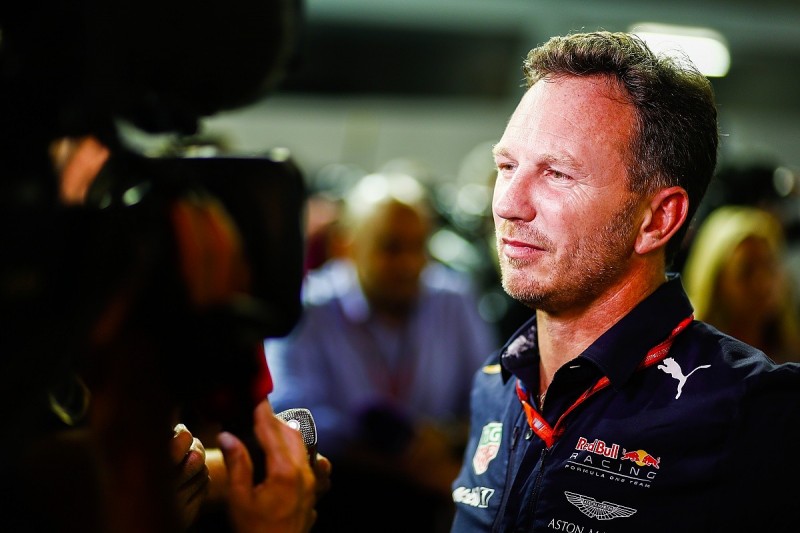 There is also concern that Ricciardo's broken MGU-H may be unsalvageable, which could mean he has to have yet another engine change penalty for the next race in Brazil.

"We have to go through all the bits and work out what we have got left and what we haven't," said Horner.

"I haven't sat down with the guys to go through it in detail but I hope that we might have something."

When asked how much of a worry Renault's spate of failures were, Horner said: "This circuit [Mexico] for whatever reason seems to have caught them out.

"I have no doubt that they will do some serious analysis about why they have managed to get themselves on the back foot so badly here.

"It is fantastic that we have managed to win the grand prix, but there have been an awful lot of failures throughout the weekend."