F1's new owners are trying to set the foundations to do a better job of embracing digital media opportunities as well as expanding the types of deals Bernie Ecclestone did with broadcasters, that were largely focused on getting the most money possible.

Carey says Liberty Media has identified four types of broadcast option available to it, but juggling the demands of those ideas will be a challenge.

"In terms of the television arena that we deal with, I guess the way to describe it is that there are three or even four potential arenas that we are engaged with," said Carey.

"Traditional free, pay, digital, and then our own probably more direct 'over the top' product.

"To some degree what you have is conflicting goals across them.

"Probably the economic premium paid gets higher as you go up the ladder, but the reach gets less."

Carey said F1's aim is to make sure it achieves growth over a long period, rather than looking for the quickest way to improve viewing figures immediately.

"We're trying to balance what is the right mix of reach and direct economic value," he said.

"Clearly there are impacts on other partners we have - for sponsors the fan engagement is obviously very important.

"For us the goal is to maximise long-term growth, not to find a short term pop.

"If you're energising the sport we want to make sure we continue to position it for long-term growth that finds a balance between that reach [and money] as opposed to just where you can get the biggest buck?" 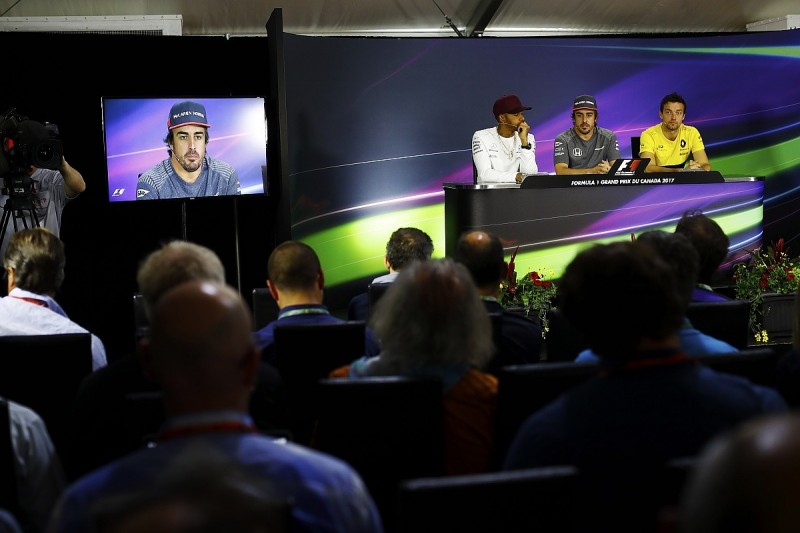 He also played down any suggestions of traditional TV distribution losing its relevance too quickly.

"It's more and more heading to various forms of digital platforms - I don't think it will happen as fast as some people think," he said.

"Some habits die hard, and there is a value in volume and choice.

"On the programming side there's still value in reach. It's going there [digital], but it will take time.

"There's no question that there will be a lot more ways that content will continue to be offered to consumers."