Despite losing his pole advantage to team-mate Sebastian Vettel at the start, Leclerc led the majority of the race - at one point extending a margin of over eight seconds from second place.

But Leclerc reported a loss of power, later revealed to be cylinder related, in the closing laps and was consequently forced to concede the lead to Lewis Hamilton's Mercedes, before also slipping behind Valtteri Bottas to third.

"To be honest, how I felt in the car, I thought that everything would blow up a few laps later," said Leclerc.

"That was not the case and we still finished third, but there was just a loss of power completely and very suddenly.

"It got a tiny bit better but the problem stayed. There were no signs before that anything was wrong."

Leclerc had enjoyed a strong weekend - taking the first pole of his F1 career on Saturday - and still ended the race as Ferrari's best-placed driver, with Vettel having dropped back to fifth following a spin and the loss of his front wing while duelling with Hamilton for second place.

"From the whole weekend, there are a lot of positives to take," Leclerc added.

"After Australia we were quite a lot far off. I think we have found some pace.

"We came here with a good car, which was very positive for the team and shows they have done an amazing job. 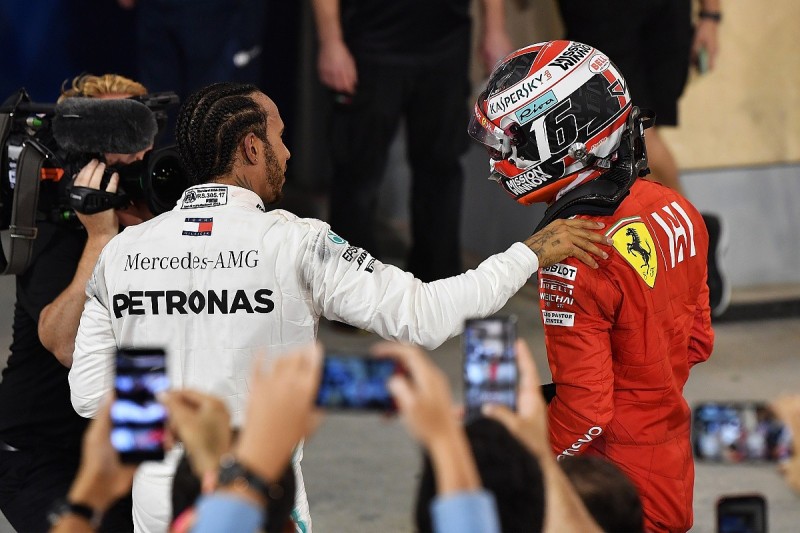 "To lose the lead this way is always a shame and a disappointment, but I also still have a lot of things to do and there were still some points for grabs so I very quickly got back to focus on my race."

Asked if the race ranked as the "cruellest" of his career so far, Leclerc replied that it was not as painful as the 2017 Monaco Formula 2 event - when he had dominated at home until safety car confusion and then a suspension breakage.

"I'll not go that extreme because Formula 2 in Monaco was probably the worst I've ever had," said Leclerc.

"It's still a podium and it's my first podium in F1 so I want to enjoy it.

"It was not the weekend we wanted but we should be happy with third place despite problems."

Ferrari team principal Mattia Binotto said the manner in which Leclerc had dominated meant he had to leave Bahrain optimistic.

"We are certainly disappointed but we are in a positive mood," said Binotto.

"We know it's a long season and there are a lot of positives coming out from the weekend."

But despite his team's turnaround from struggling in Australia to setting the Bahrain pace, he warned: "The only confidence we may have is that in Bahrain we were fast enough, but that doesn't mean it will be sufficient for the rest of the season".