Leclerc struggled with set-up on the first day at Paul Ricard, while matters were not helped when team-mate Marcus Ericsson had a heavy crash in first practice and missed the second session.

The car was much improved on Saturday, despite a lack of dry running in final practice, and Leclerc was able to progress through to the final session and qualify eighth.

"First of all, it is already incredible to be in Q3 on a normal basis," he said.

"But to be in Q3 after the Friday we had was even more incredible.

"[Friday] was a disaster. After [Friday] we weren't even expecting to go to Q2, the car was very difficult to drive. But the team did an incredible job.

"[On Friday] I stayed quite late working with the engineers and trying to figure out what were the issues and what we wanted to have on the car to have a good performance, and they did what I asked perfectly.

"That is why we did so well [in qualifying]. The recovery from Friday to Saturday is quite crazy, so I am quite happy at being in Q3, especially being in the situation we had."

Leclerc added that on the Friday the Sauber "was a very unpredictable car, it was sliding so much, especially from the rear" but for qualifying "we managed to calm down everything and it was a lot better".

He added: "We just looked at the data really late at night and then we found the right set-up, and we did a step forward." 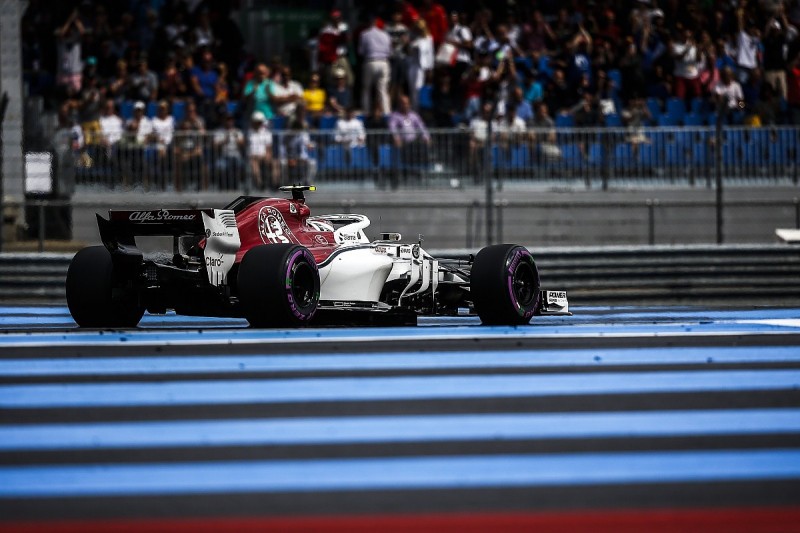 Leclerc actually lost lap time between Q2 and Q3, admitting he made mistakes in the second and third sectors on his final qualifying lap.

Haas's problems - a crash for Romain Grosjean and Kevin Magnussen's brush with Kimi Raikkonen - then helped Leclerc out.

"So I just went for it, it didn't work out in sector two or three, but anyway we start in P8."

Leclerc says that his recent performances are down to "a combination of" his experience growing and Sauber improving.

"I am definitely feeling more and more confident in the car," he said.

"But the car is also getting better and better.

"I think our strength is that we are doing small steps but small steps in a positive direction every weekend, and it is not always a given in F1 to always have upgrades that are going well.

"Sometimes the computers are telling you it is the right way to go but when you are putting them on track it is not always right.

"I think we have been very good in bringing upgrades that always went in the right direction."