Leclerc has replaced Kimi Raikkonen alongside Vettel at Ferrari in the off-season, and Binotto said during the launch of Ferrari's new SF90 challenger that the team would prioritise the four-time champion over Leclerc should "particular situations" arise.

This was interpreted by some as an admission that the 21-year-old Monegasque would be relegated to a support role in his debut Ferrari campaign, but Binotto has now moved to dispel such suggestions.

"Obviously the two will be free to fight," Binotto said. "We will not ask Charles to go slow. Or Sebastian to be faster [than him].

"We need both of them to run to the maximum and try to do their best.

"But certainly if there is any ambiguous situation at the start of the season, Sebastian is the one who has got more experience, he has been with us many years, he has already won championships, so he is our champion."

Binotto hopes that making Vettel's 'priority' status clear from the get-go will benefit Ferrari, which was criticised on occasion last year for being vague in regards to team tactics.

"I think that it's good as well for Ferrari," Binotto said.

"When you've got your intentions clear from the start, at least you do not make mistakes when you have an ambiguous situation."

The Ferrari SF90 has been earmarked as the class of the F1 2019 field in pre-season testing by its main rivals Mercedes and Red Bull.

And newcomer Leclerc has showed impressive pace during his time in the car, with his fastest lap from his final day on Thursday currently just one hundredths short of the best effort of the two-week test so far, set by team-mate Vettel the day after. 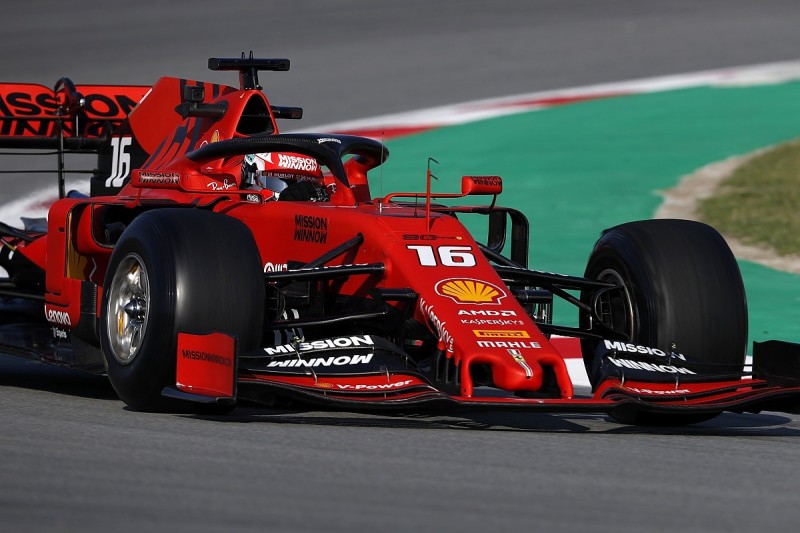 "Charles is a good driver, certainly a very fast driver," Binotto said. "Here in Barcelona he focused himself on understanding the car, working with the new team and engineers.

"I don't think there was a relative battle on the track between the two [Leclerc and Vettel]. More important for us is to understand the car.

"I think we knew that since the past. It's many years [he's been] at Ferrari. We've seen that in the Sauber last year [as well].

"I don't think Charles is a surprise in that respect. It's not the testing at Barcelona that is telling us that was the right choice. It was certainly the right choice but the season will tell us more."