Can Ferrari F1 team salvage its 2016 season in next five weeks?

Ferrari came into the 2016 Formula 1 season expecting a title challenge, feeling it was back up where it belongs after 2015's three wins and second in the championship

There may not have been any bold predictions at its annual Christmas media briefing. But inside the team, there was an expectation that regular wins and a title bid should be a given.

It has not gone well. After eight races, Ferrari has one more podium than at this point last year but it is still searching for its first win.

It gave away track position when leading in Australia, with a bad strategy call during the race stoppage and then did the same thing in Canada, this time during a brief virtual safety car period.

Ferrari's qualifying woes have hurt it, too, particularly in Monaco where its performance went backwards in a crucial moment during the session. Sebastian Vettel felt Ferrari had the pace to win that race.

Time and time again this year, Ferrari team principal Maurizio Arrivabene's response to his outfit's shortcomings has been to put a brave face on it.

He has refused to criticise anyone, instead taking the blame upon himself. But how long will he be allowed to do that before he is shown the door?

We're approaching that time when teams are looking at diverting the majority of their resources to next year ahead of sweeping changes to the 2017 aerodynamic regulations.

Force India has already done it. Williams is not far away. Ferrari, though, isn't yet ready to follow suit.

"It is crazy to talk about next year, we need to focus on this year," says Arrivabene.

"We focus our attention on the areas where we have weaknesses and try to improve. That is what we are going to do."

But Ferrari is running out of time to cure those weaknesses. It has used all but four of its engine development tokens and Arrivabene has conceded that the SF16-H has "proven to be very sensitive to set-up changes". This is one of the areas that really needs the focus.

Kimi Raikkonen has admitted Ferrari has "a lot of work to do" to challenge Mercedes, which was particularly strong in Baku, with its chief Toto Wolff declaring it one of the best tracks for the Silver Arrow to show off its advantage since 2014. 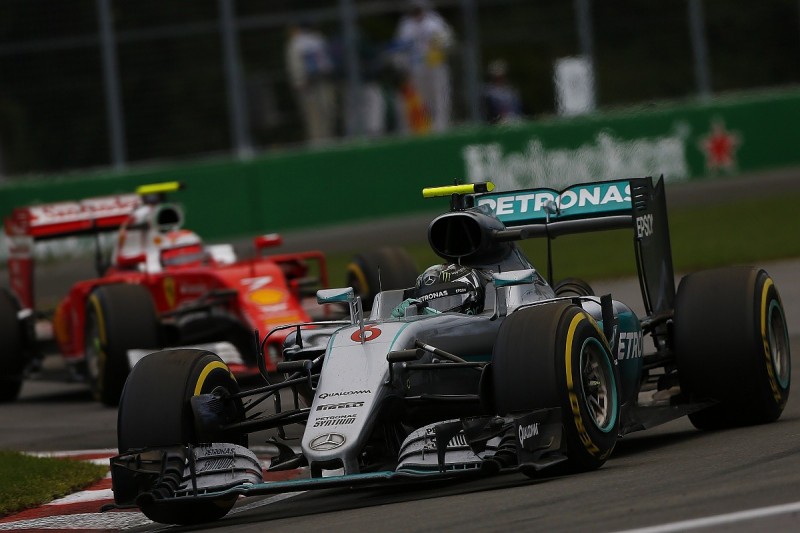 Should Ferrari switch attention to next year? Pride is obviously at stake.

Arrivabene does not want to publicly give up after just eight races. And given the pace of the current car, it has the performance to challenge for victories at other points this season.

But Red Bull has significantly upped its game this year, and has a race win to show for it, leaving it just nine points adrift of Ferrari. That means Ferrari is fighting a rearguard action, too, which will only heap more pressure on its strategists.

Delaying the decision to confirm Vettel's team-mate for 2017 is also another distraction. Raikkonen has upped his game this year, but is still a long way short of Vettel's performance. Arrivabene says he and Raikkonen are in no hurry to confirm plans.

But next year's rules reset offers the chance for Ferrari to achieve its real ambition - another title. So why risk using up resources and time on trying to get a handful of wins this year but finish second overall to Mercedes again at the cost of genuinely challenging in 2017?

With little carryover to next year possible, apart from ideas and philosophies, the focus needs to be on making the most of its current package and diverting all available resources to next year. It can take whatever opportunities that come its way later this season, but the real carrot lies in wait next year.

The next four races in five weeks are going to set the tone for the season. If Ferrari has not closed the gap to Mercedes by the summer break, the decision should be simple - continue to fight with what its got to salvage some respectability but switch all development resources to 2017.

It will not be an easy thing to explain to the team faithful but if Ferrari is serious about wanting to return to the top properly, that is surely its only option.