Button failed to participate in qualifying for last year's Mexico City F1 race, thanks to engine problems, while team-mate Fernando Alonso was only 16th fastest.

Alonso then suffered an MGU-H malfunction on the first lap of the race, while Button was classified behind all finishers bar the Manors.

The high altitude and long main straight at the Hermanos Rodriguez circuit exposed the severe weaknesses in Honda's 2015 power unit, but the ERS has been heavily revised this year.

Button reckons a combination of this, and the MP4-31's prowess under braking, should make McLaren much more competitive in Mexico this weekend.

"[Energy] deployment was a long way off last year and that hurts you around here because it's a long lap, lots of straights," Button said.

"My deployment was shutting off before we got to the DRS line halfway down the straight, people actually passed us before they had DRS, so it was a very difficult race.

"And in terms of deployment, I think we are the best out there, or equal to the best.

"Obviously we're still down [overall], but I think the deployment has a bigger effect around here, so it should be one of our better circuits."

McLaren racing director Eric Boullier suggested Alonso's drive to fifth at the recent United States Grand Prix represented the return of the "true McLaren" after a difficult home race for Honda in Japan, where the MP4-31's cornering weaknesses were exposed. 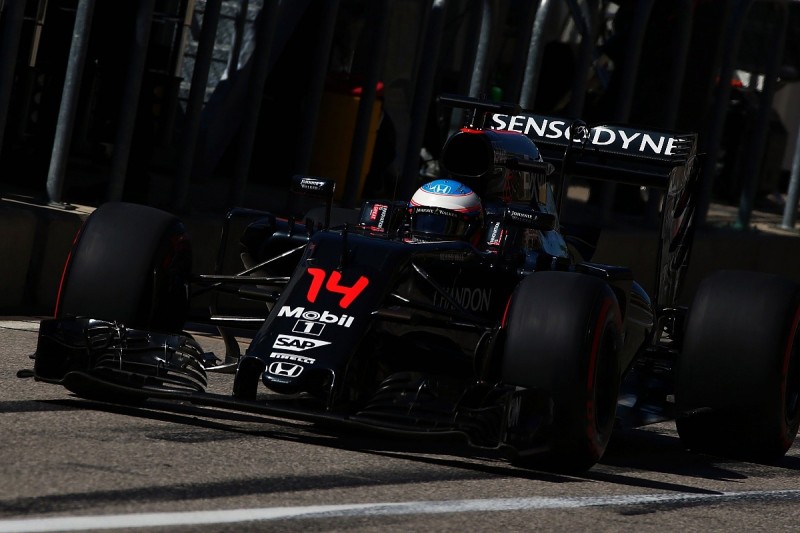 The squad is aiming to be the fourth-best team in performance terms over the remaining races, according to Button, but Alonso urged caution in Mexico.

"We need to also have the feet on the ground, knowing this circuit with the characteristics and long straight is not suiting our package," Alonso said.

"It's more of a special path for this race, for the cooling, for the radiators, for the braking, things that are very unique for this altitude. It's a very interesting race for physics and aerodynamics.

"I think our target has to be realistic and not too exciting."