Sky Formula 1 pundit Martin Brundle says he wishes that Lewis Hamilton and Max Verstappen could share the world championship, in the wake of the controversial Abu Dhabi season finale.

F1 remains under the spotlight for the way in which race director Michael Masi opted to overrule the sporting regulations to allow a safety car restart for the final lap at the Yas Marina circuit.

That decision gave Verstappen all the opportunity he needed to overtake Hamilton, who was on worn tyres, to take the win that secured the title.

Masi's decision to select a certain number of backmarkers to unlap themselves, plus the way in which he did not wait as the rules dictate until the following lap to get racing going again, was the subject of a Mercedes protest on Sunday night.

Although the complaints of Mercedes were rejected by the FIA stewards, the German car manufacturer is still evaluating whether or not to push on with a formal appeal over the matter. It has until Thursday evening to decide what to do.

It is unclear whether not such an appeal could be successful, and, even if the complaints were upheld, it is unlikely that the FIA would have any desire to strip Max Verstappen of his crown just a few days after he won it.

However, the respected Brundle reckons that under the circumstances of such a closely fought season, a 'shared' title would be a satisfactory outcome.

"Does Max deserve the championship? Of course he does," said Brundle in his regular Sky column.

"He led 652 laps compared with Lewis' 303 laps. He departed 15 of the 22 races leading the championship including the last seven. He won 10 races compared to eight for Lewis (yes I know, we'll get onto that shortly), and it was 18 podiums playing 17.

"And he didn't have the best of luck along the way, until the last few miles of course. 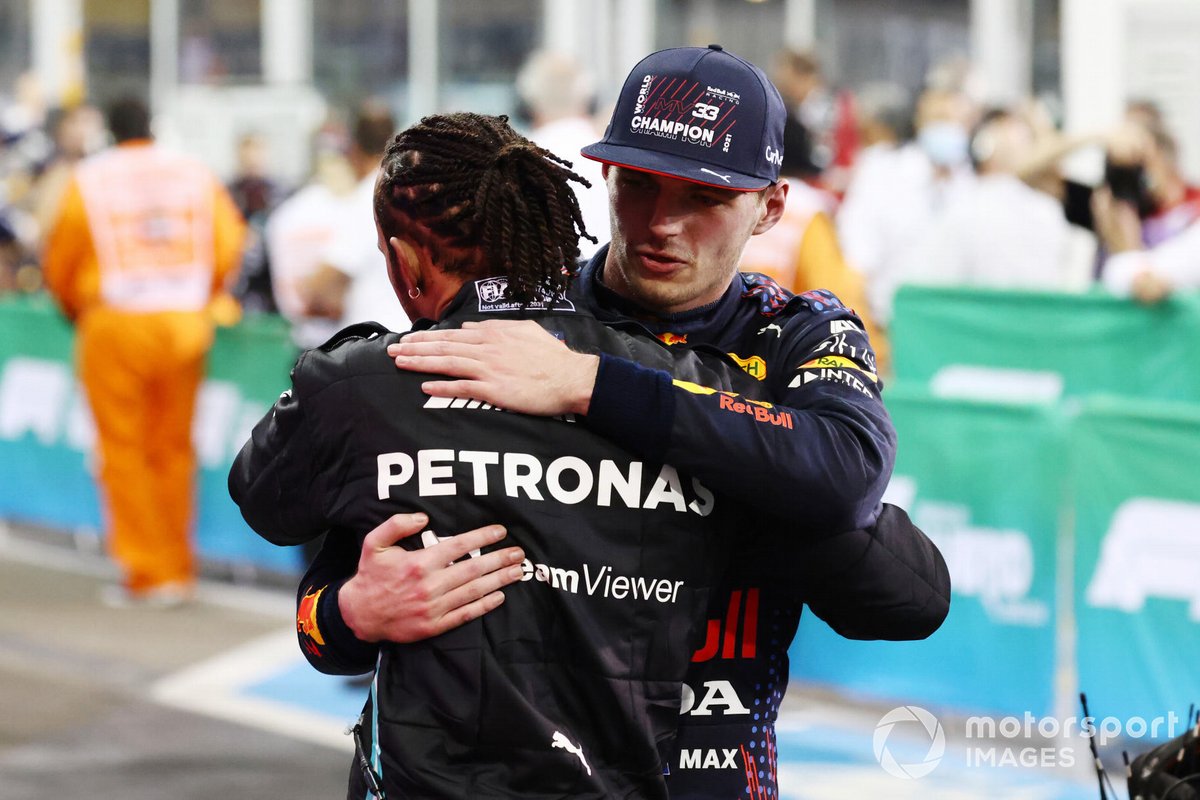 "Lewis would equally have deserved his eighth title, I wish they could share it to be frank. His raw speed, consistency, determination, style, class, and stamina, particularly in the closing stages, was outstanding as he delivered another blistering start in his 288th GP at approaching 37 years old.

"The final few laps in Abu Dhabi, when the world's eyes were on us in staggering numbers, were not our finest moment and some things have to change this winter. We certainly confused our fans on Sunday."

Brundle's comments about a shared title come in the wake of two-time champion Fernando Alonso suggesting that there is an argument for this season's trophy to be 'split' in two.

"It is going to be a big topic I guess, but if you take the 22 races, as I said on Thursday any of the two could be a world champion," he said.

"I think more than any other year if you could split the trophy in two, this was the year to do it. Because both of them were outstanding."